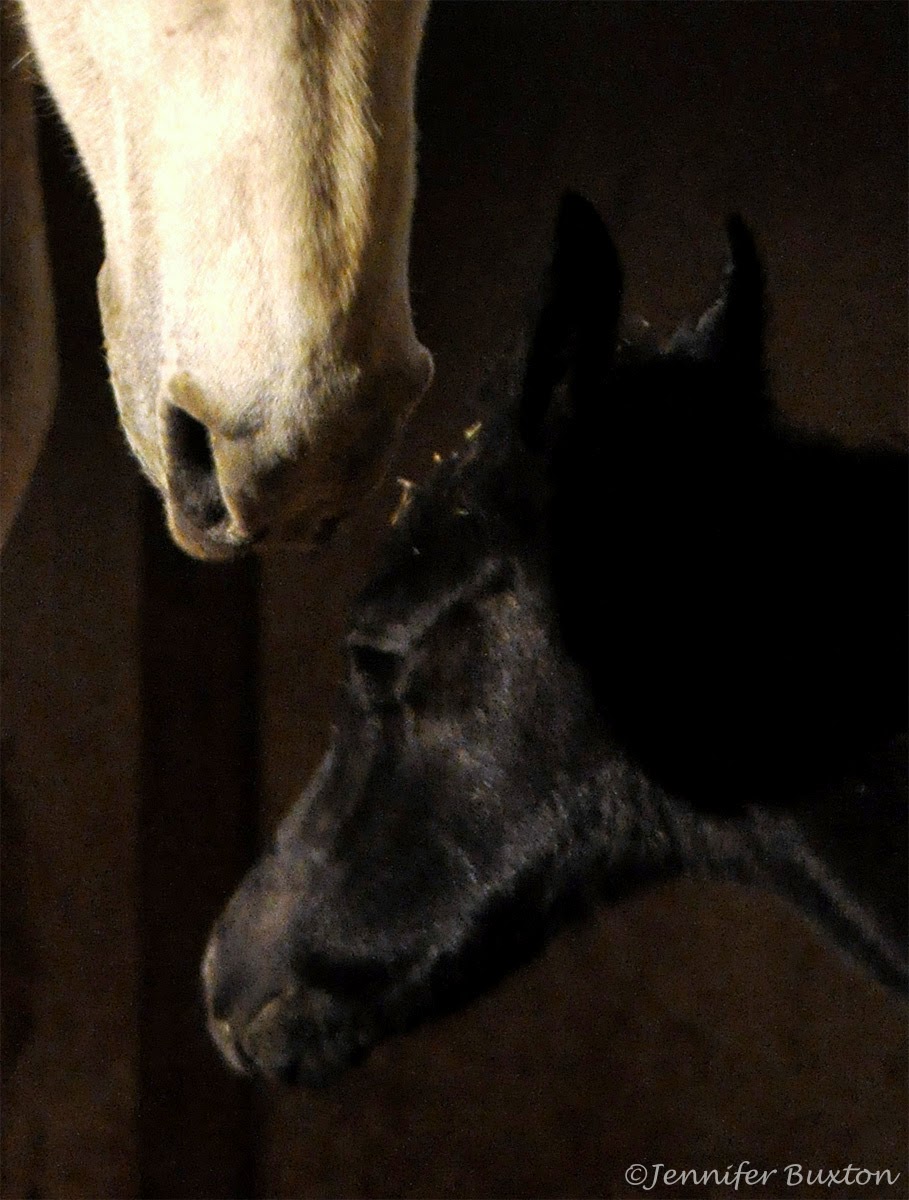 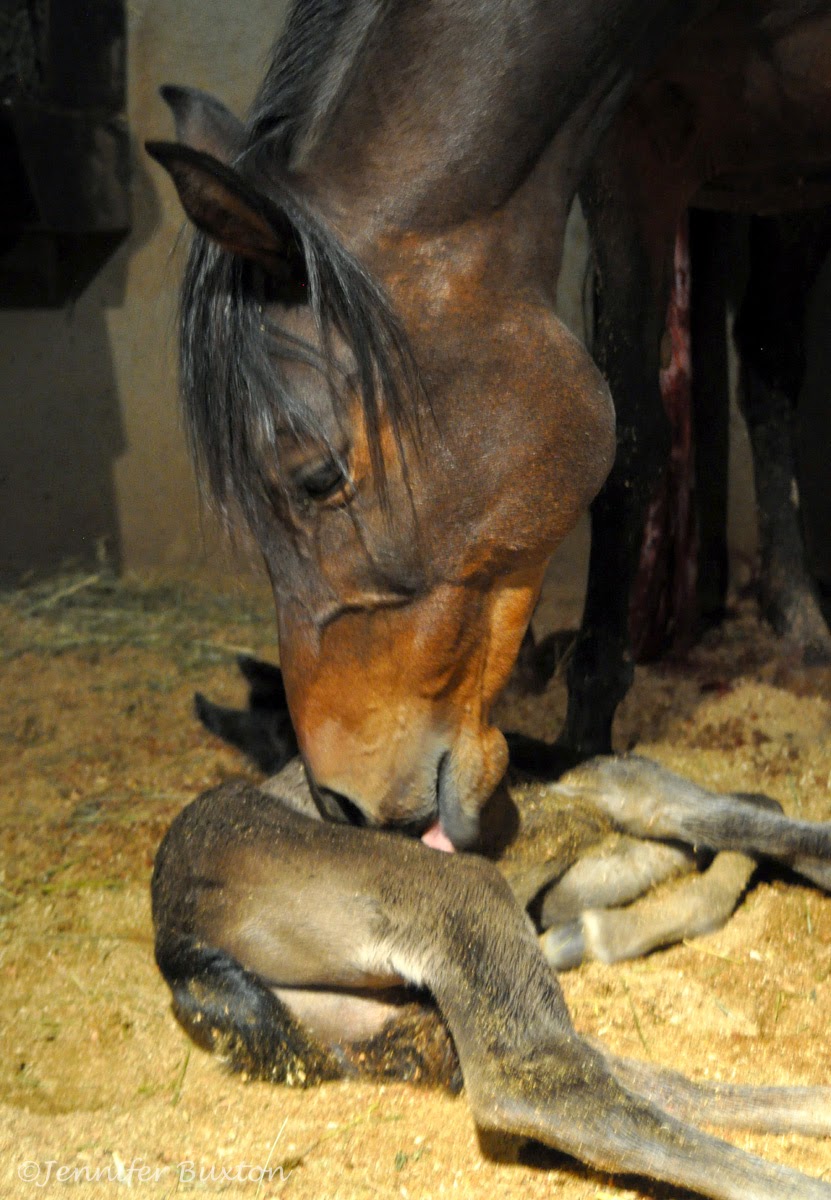 Due to a homework crisis, the Buxton family missed both births. However, we did arrive in time to help dry off Destiny's little colt. 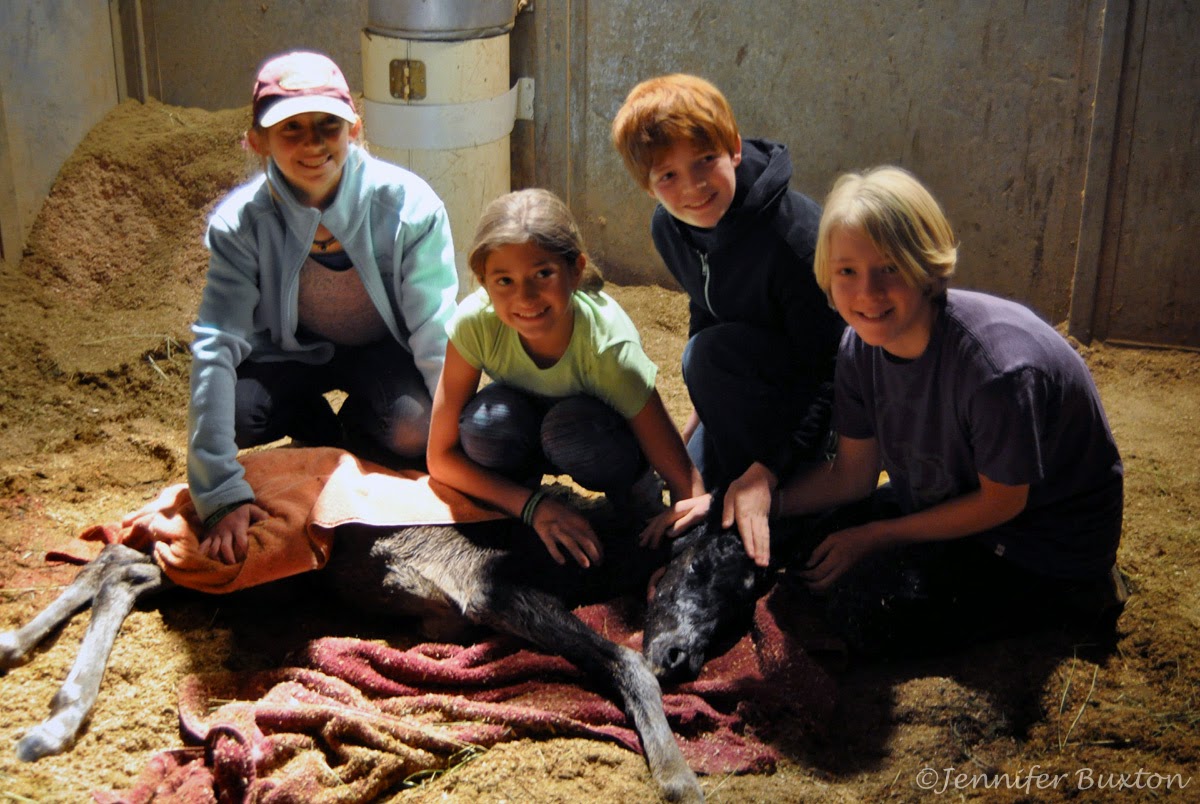 This is right before he took his first steps. 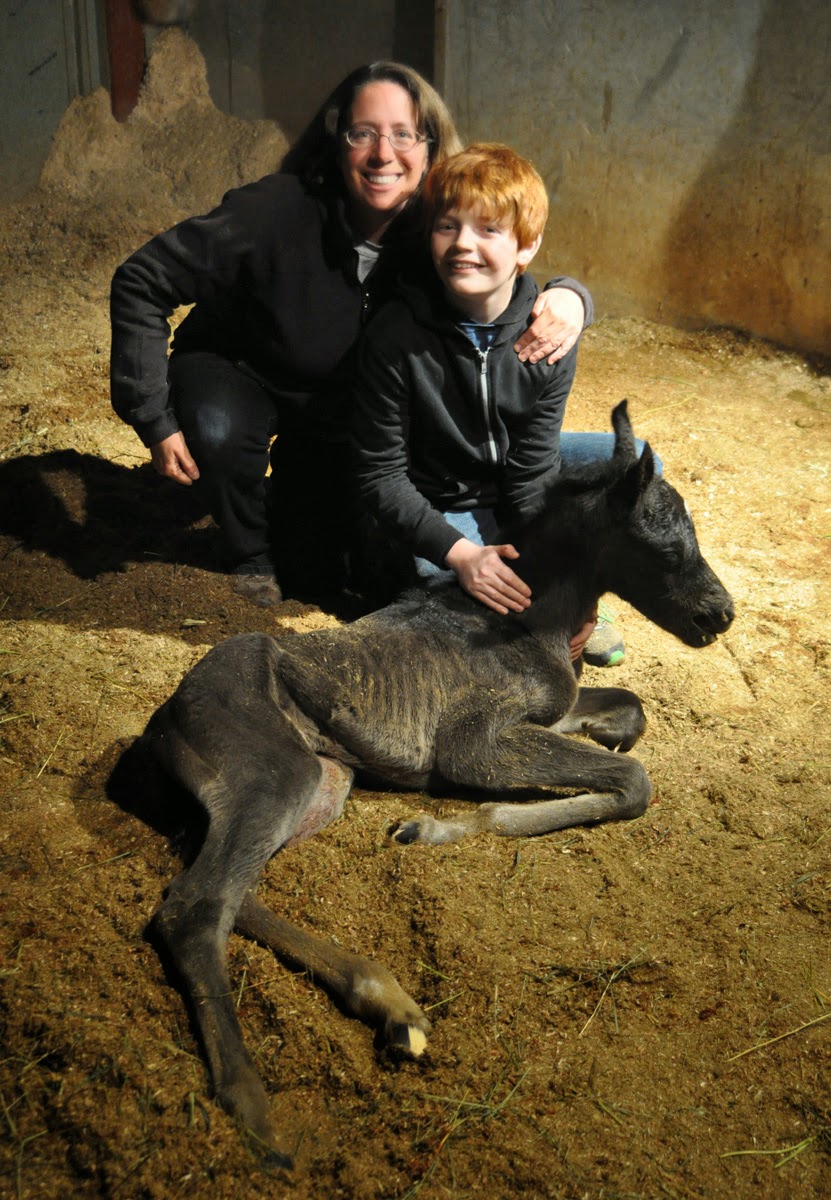 Seth didn't pile into the stall with the rest of us, so he got to hold the enema. 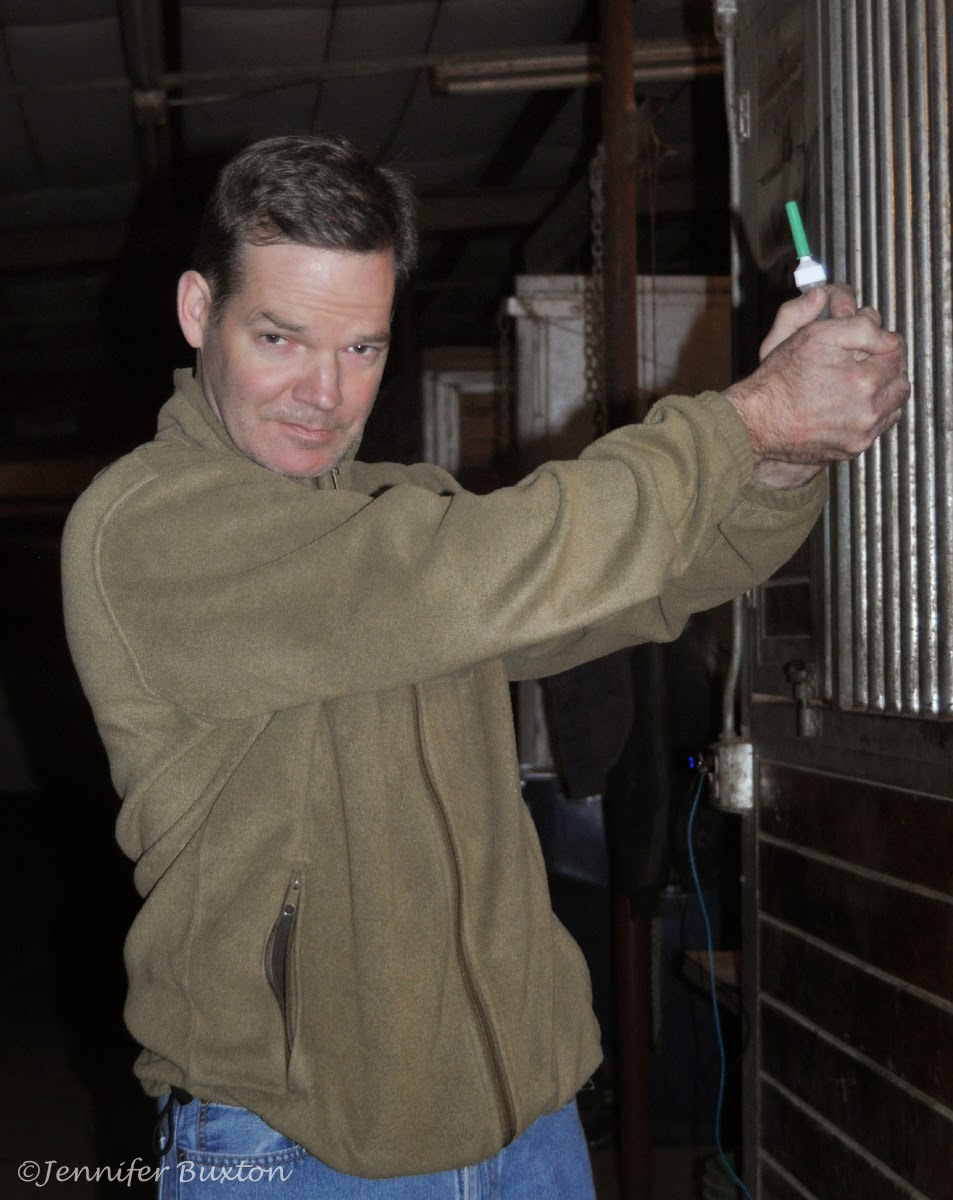 Today both babies moved to the outside pens. 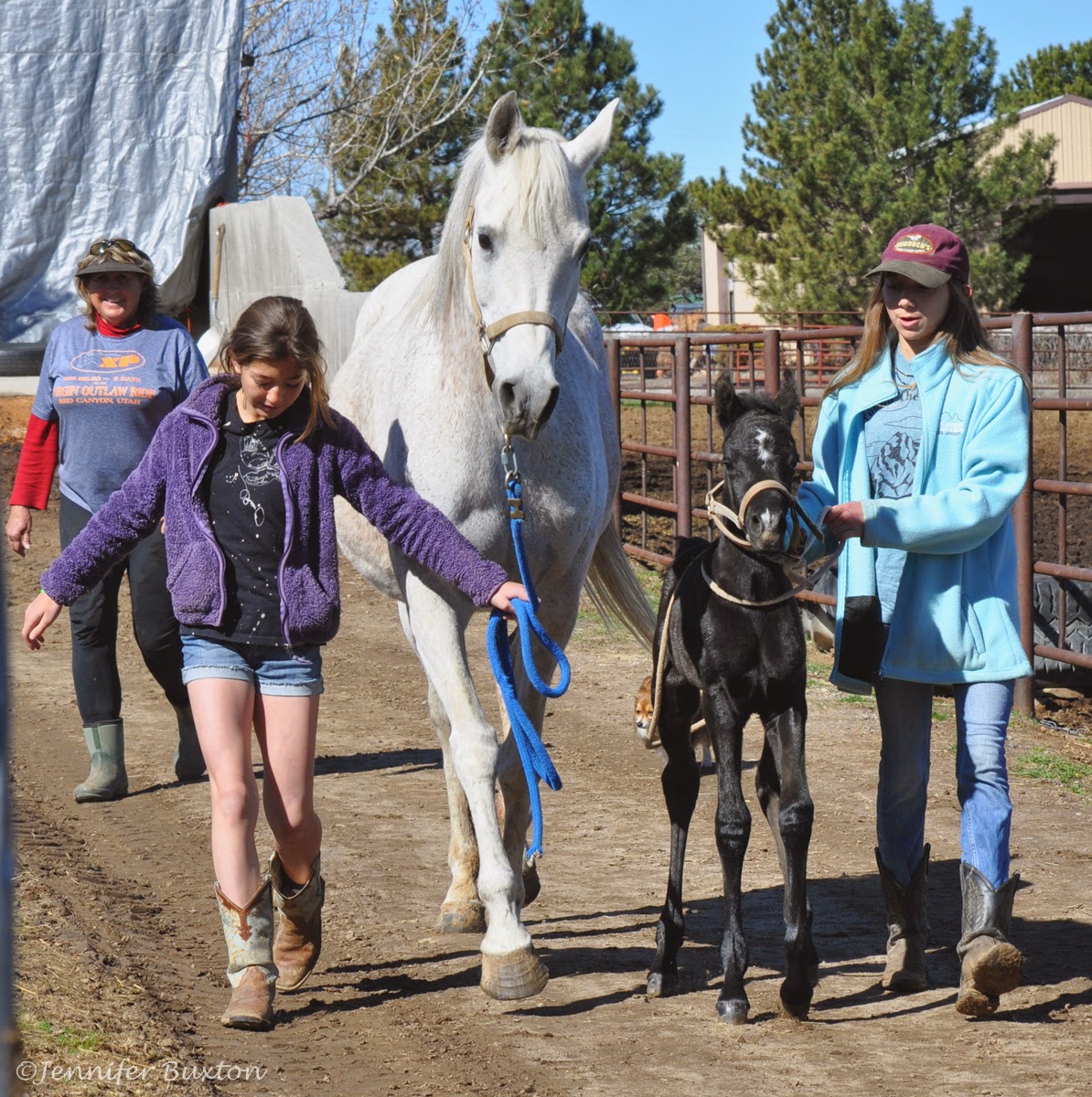 Devosion's filly was very curious. She looked at the puddles... 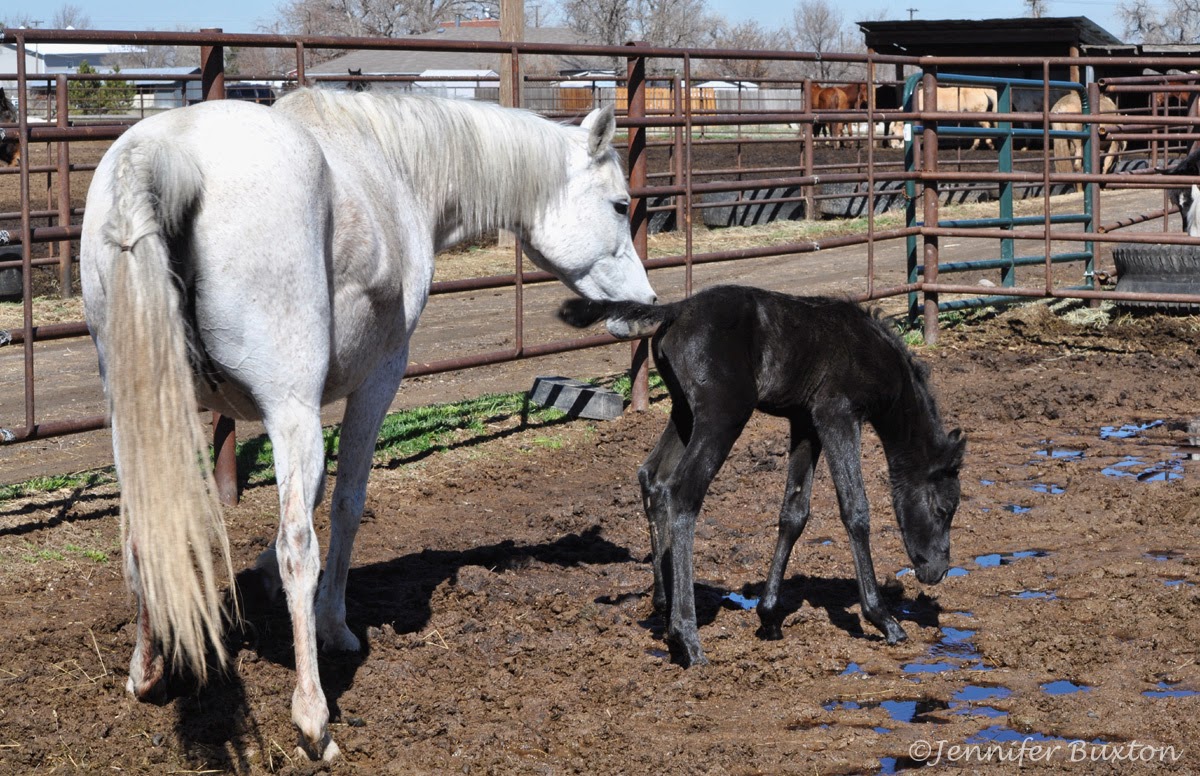 and peered around the corners. 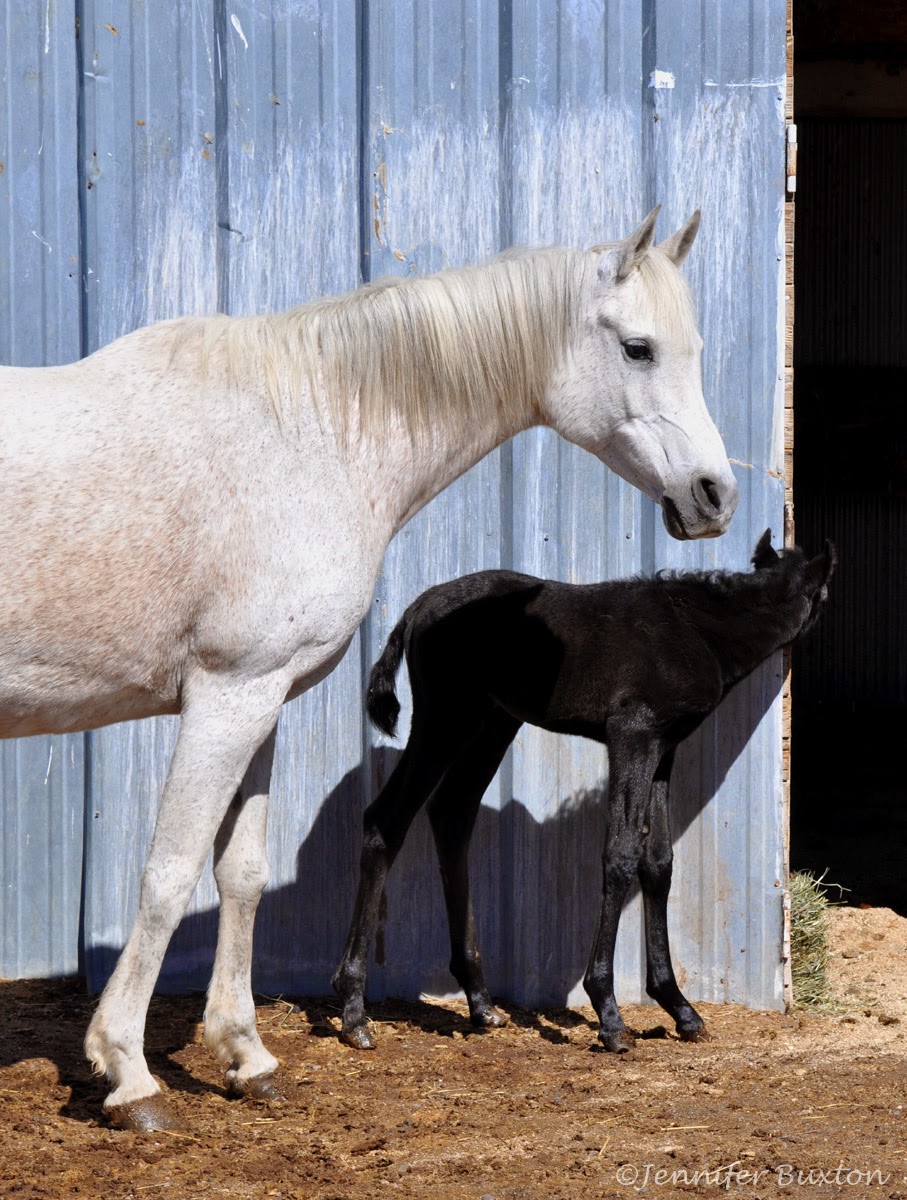 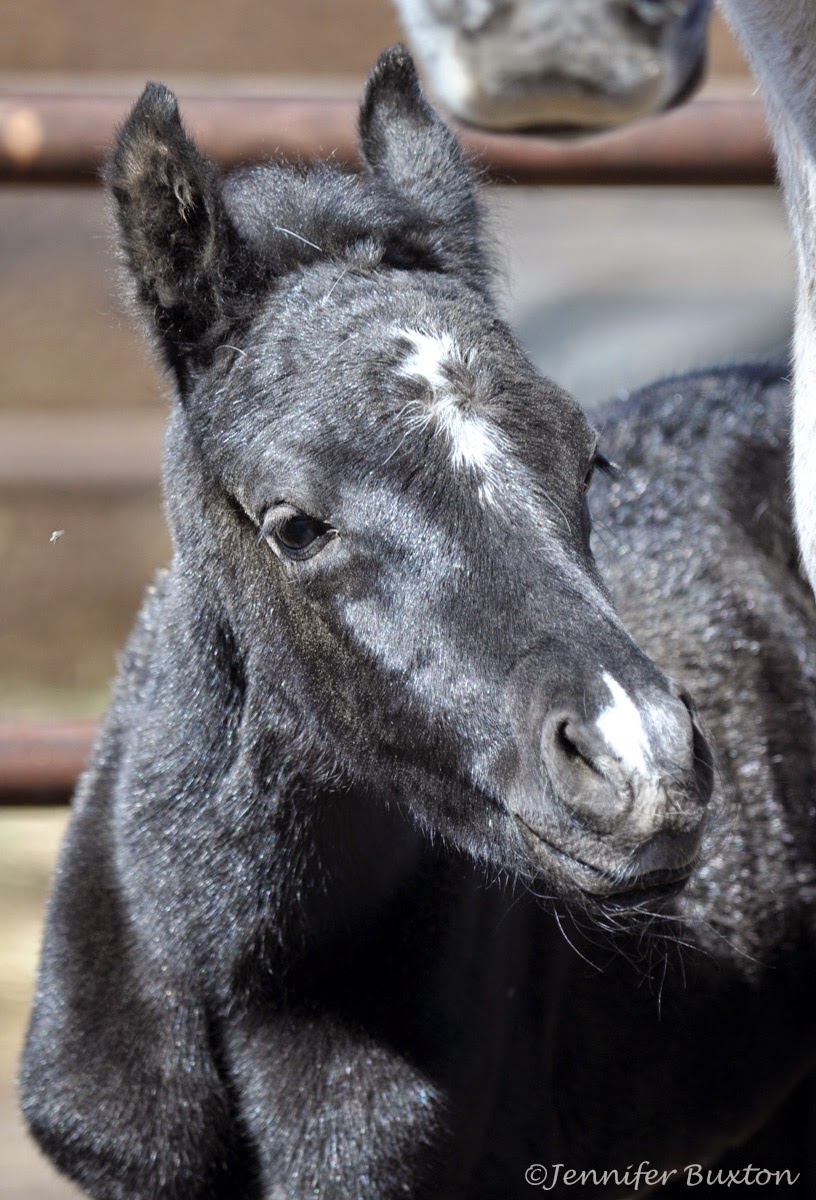 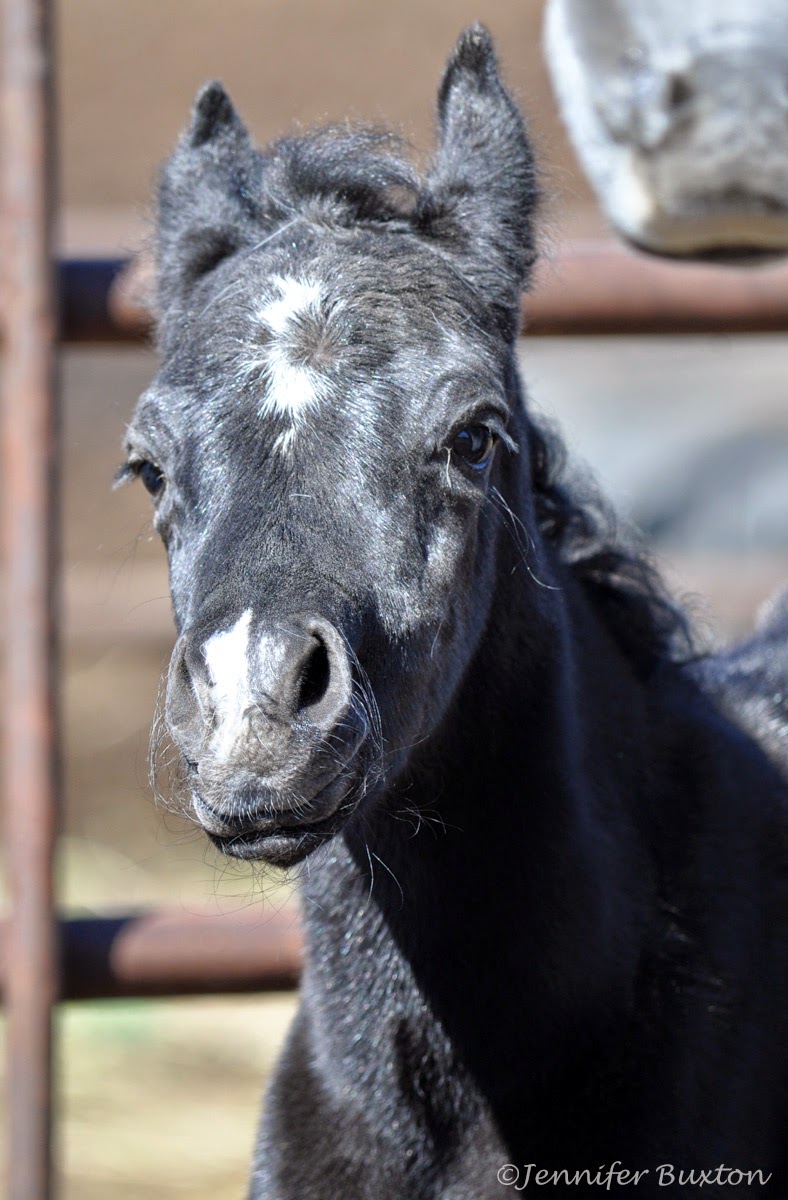 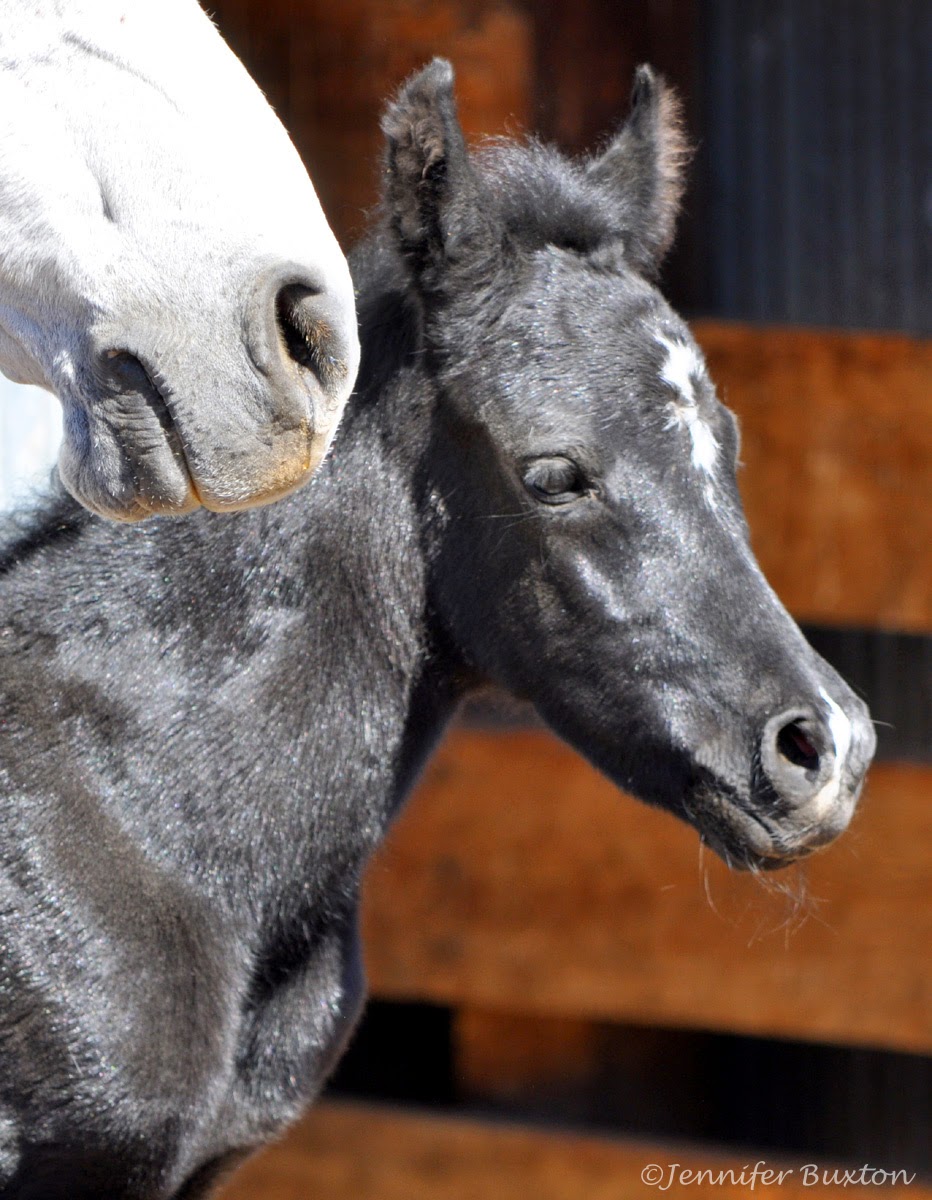 Once they were settled, Destiny and her foal made their appearance. 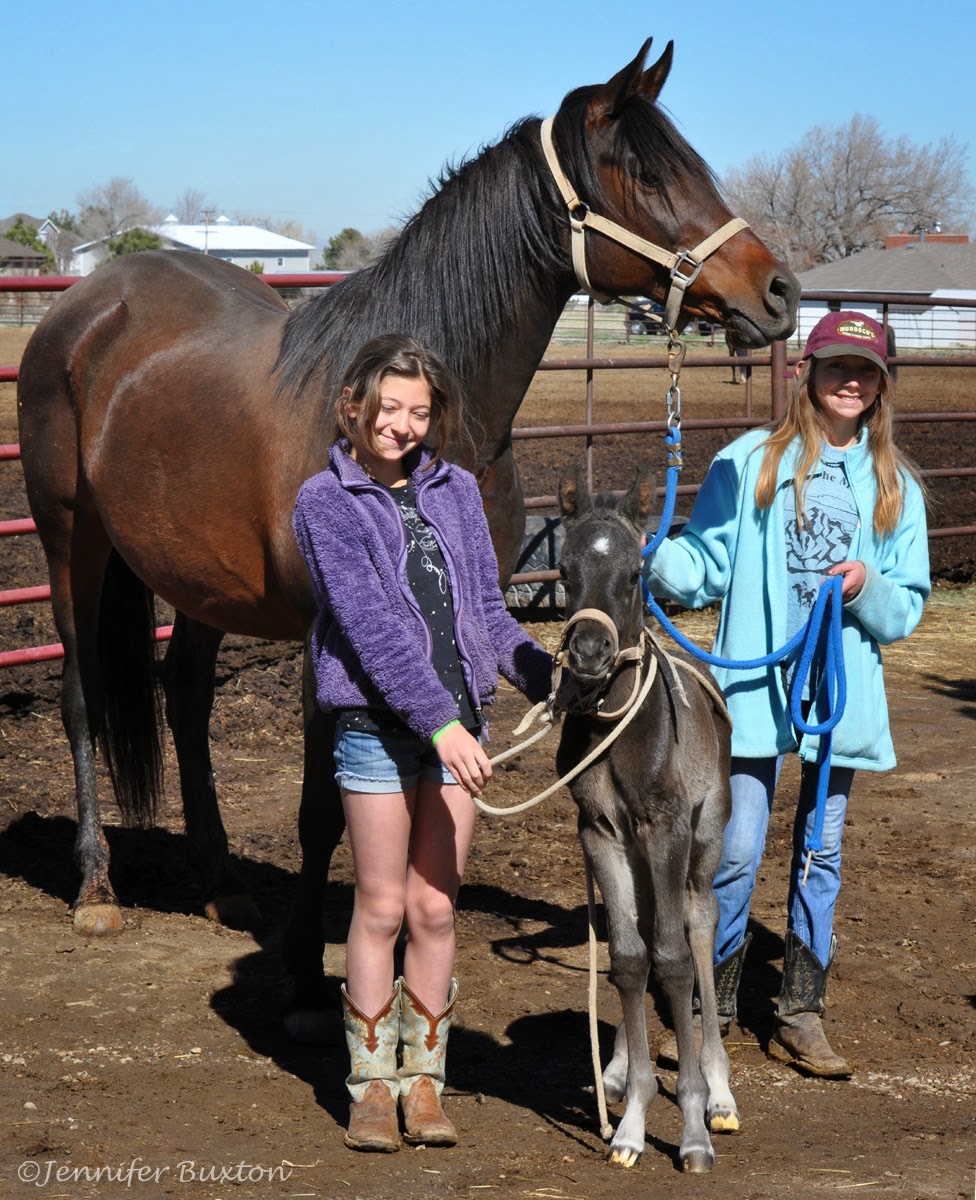 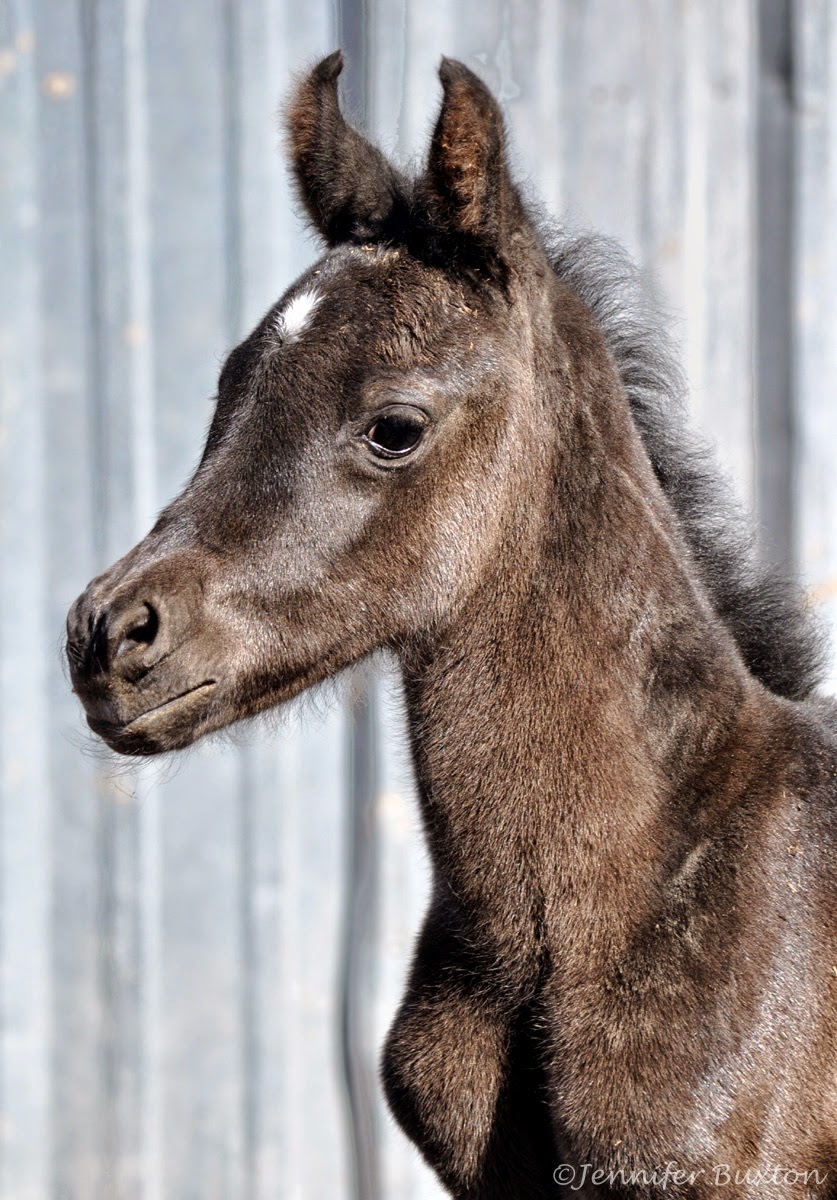 Although the filly looks a lot "blacker" than the colt, she's expected to turn grey. 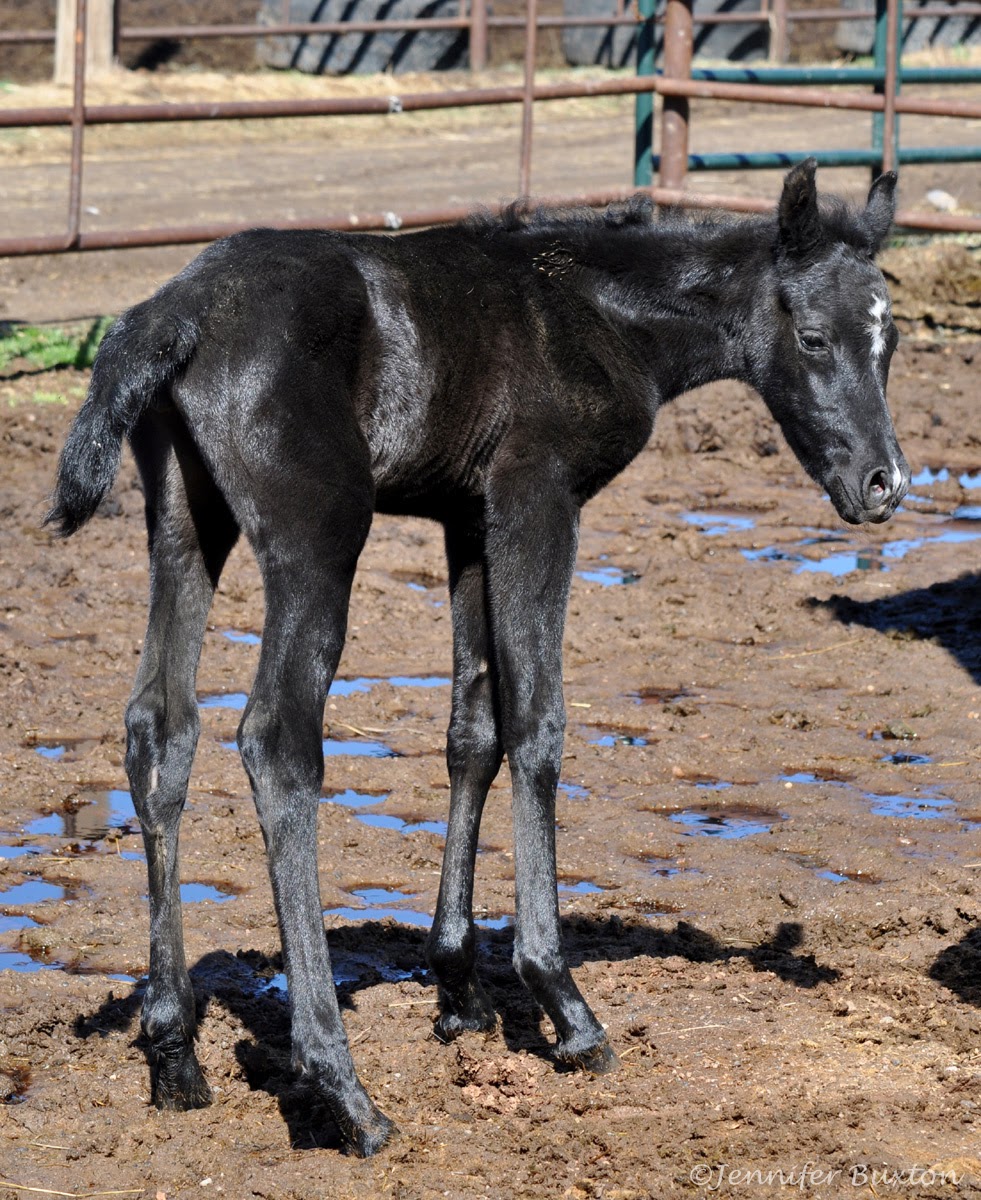 This little guy, on the other hand, will eventually be jet black. 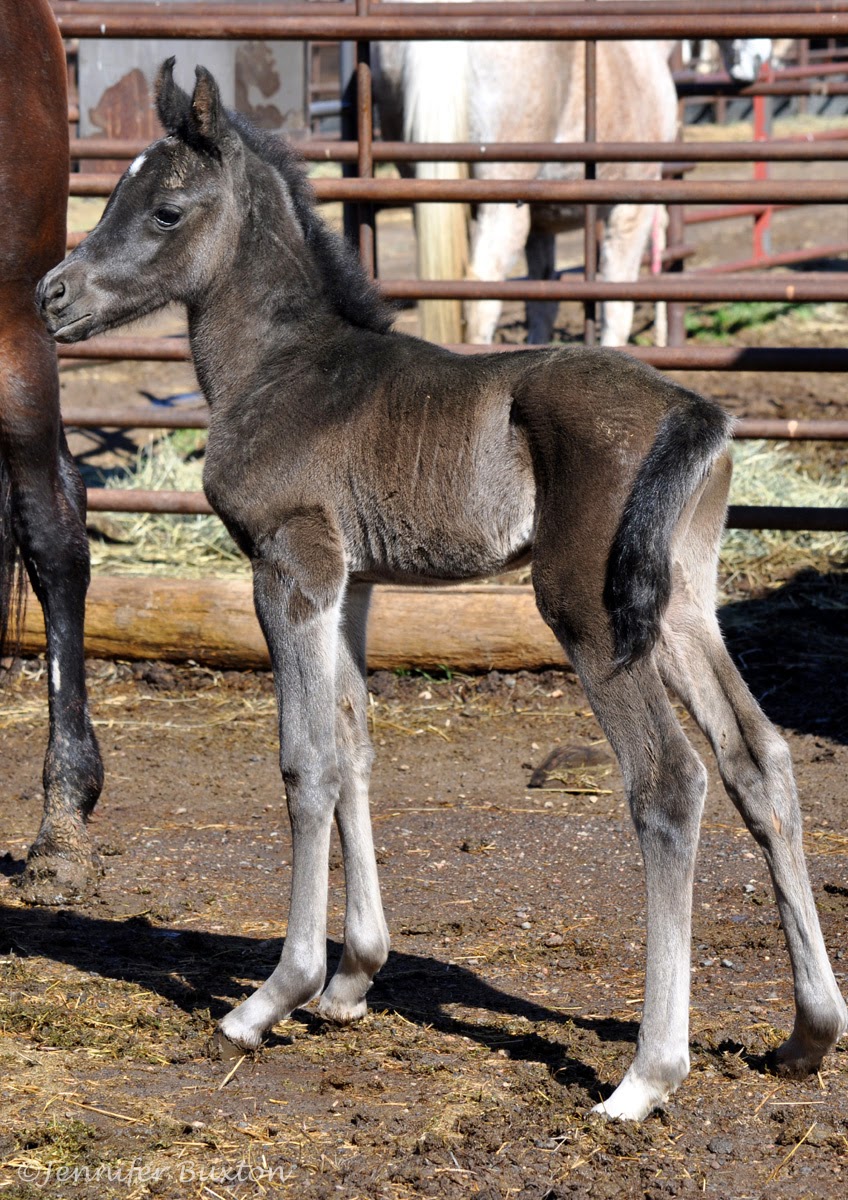 There are still three mares left to foal, with two due this weekend. Maybe if we're lucky, we'll have another two-fer!
Posted by Braymere at 8:19 PM