I'm feeling more optimistic today. Of course it's hard to be blue when the morning begins with an inbox full of live show performance pictures. Lauren Upton sent these shots from the North East Congress Live Show held yesterday in South Windsor, Connecticut. This was a stock breed only show held by Liesl Dalpe and from the looks of these pictures, competition was fierce. 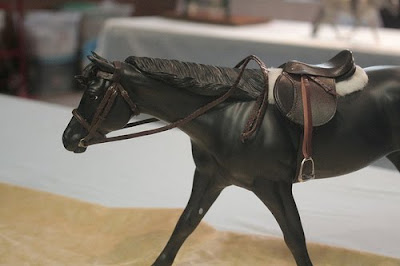 Lauren used her BCS saddle on her OF Breyer Roxy named Roxanne. Here she is competing in Hunter Over Fences. 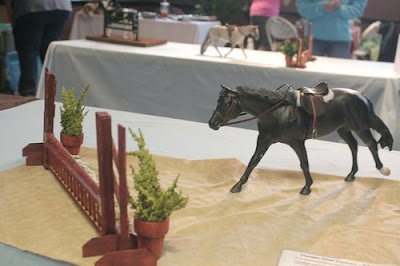 English Trail. Lauren made the bridle and pad. I really like the Roxy mold, but I do wish she had a more tack friendly forelock. Lauren chose to use a split brow that is sticky waxed to in place so that it looks like it's going under the hair. That's probably the best strategy with a model like this, but oh, how I hate cutting a nice browband in half! 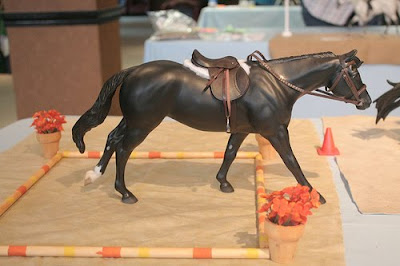 Natural English Trail. The bell boots were made by Jana Skybova. 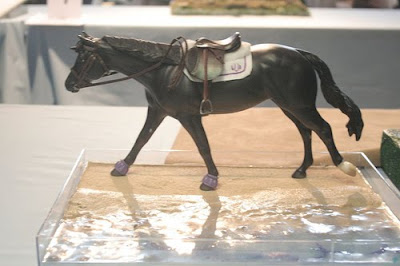 This next picture is from the Other English class--looks like a showjumping setup to me. 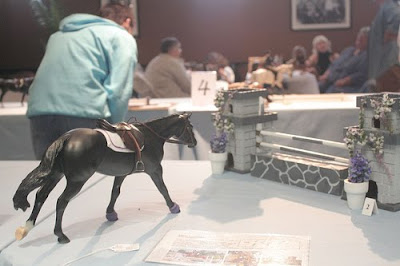 One last look at Roxanne. Although she was not a superstar in the English division this time, Lauren reports that the ribbons she did win helped propel her to the Overall Performance Reserve Championship after. Yay, Lauren! 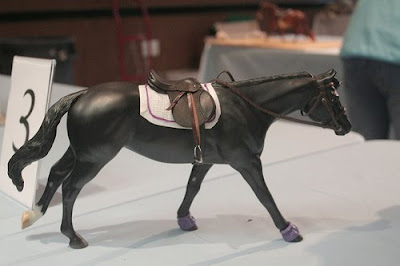