Yesterday afternoon I went a gymkhana sponsored by the Aurora Horsemen's Association. I hadn't been to a gymkhana in decades and didn't really know what to expect. However, with a class list filled with things like barrel racing, flag racing and poles, I thought I'd see a lot of horses dressed more or less like this guy. Note the barrel type saddle with over n under whip hanging from the horn, breastcollar and boots on all four legs. 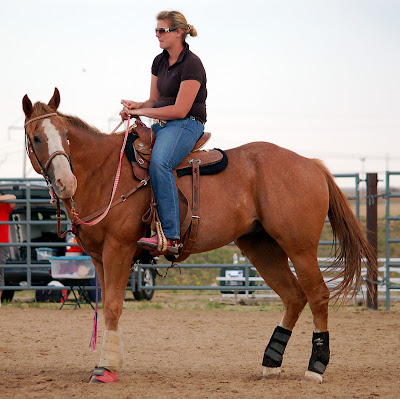 His bridle has a curb bit and colorful roping reins. He is also wearing a noseband and tiedown. 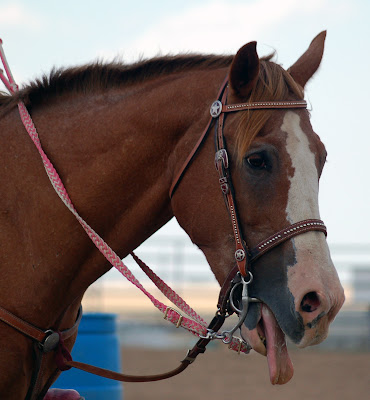 I also expected to see some sliding mouth Western gags. 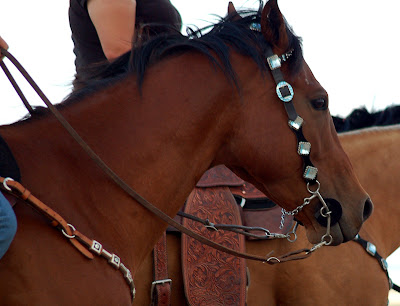 There were a few of those, but not too many. 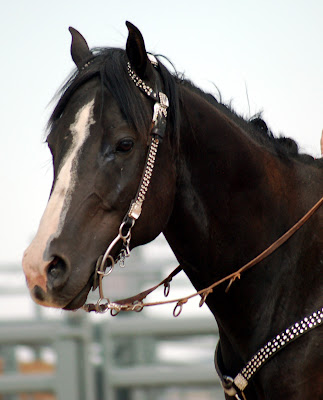 This was the only mechanical hackamore on the showgrounds. 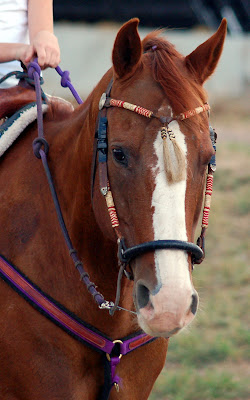 Although many of the horses wore curb bits, 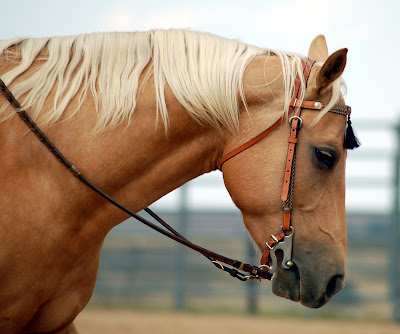 there were at least as many in snaffles. 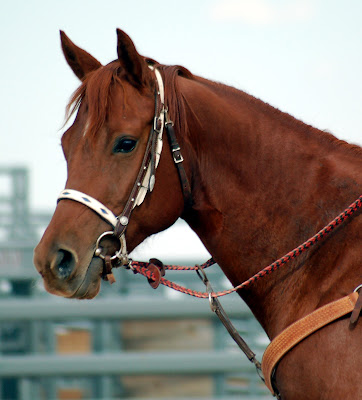 Most of the horses with snaffles also had running martingales like the paint mare below. 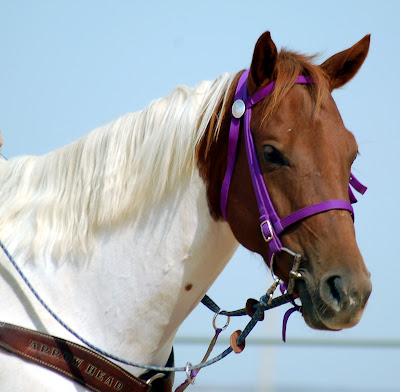 Some of the bridles were pretty inconspicuous. 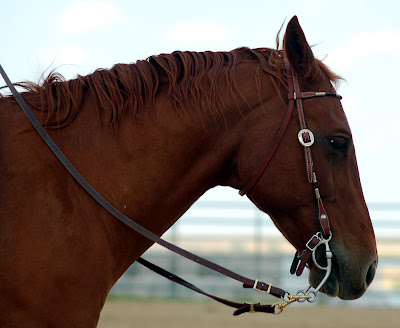 Others were covered with bling! 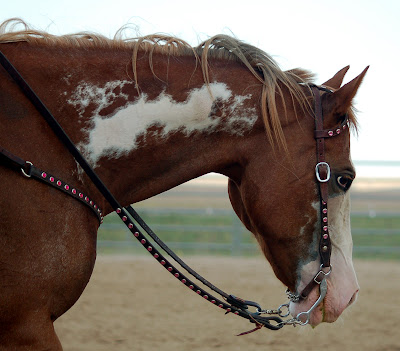 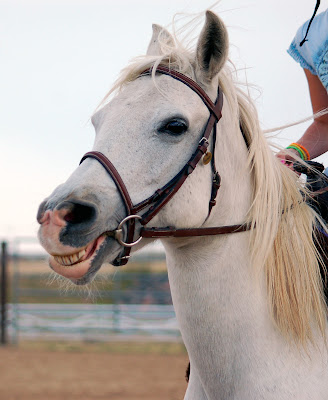 Most of the competitors used roping reins. However not all roping reins are created equal. Some were very short. 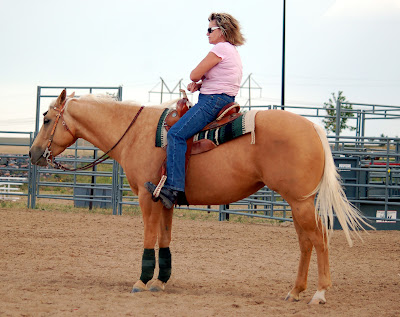 Others went to the other extreme. 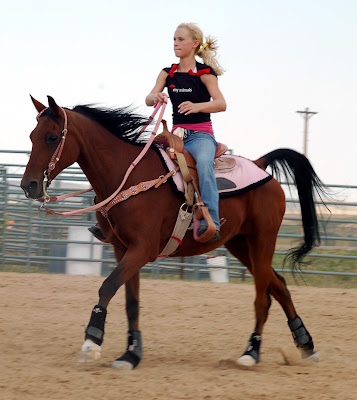 I was surprised at how many riders were using split reins. 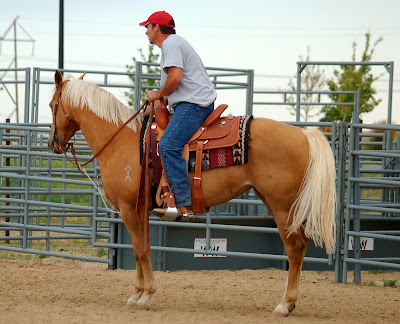 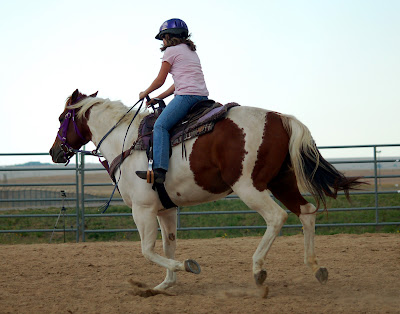 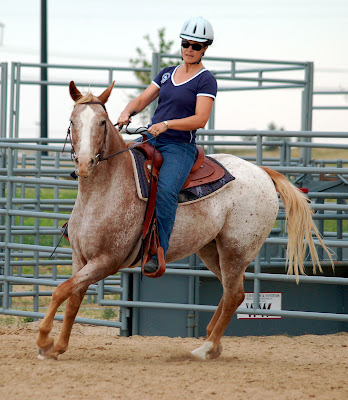 This saddlebred looking horse competed in the barrel class with romal reins. I'm pretty sure if you did this at a model horse show the tack police would want to see your entry disqualified. I can't tell you how many times I've heard model people say that you must use roping reins in barrels/poles/gaming classes. Well, it's just not so. Although not a national level competition, this gymkhana was sponsored by a local association and was part of a year long circuit. Realistically, it reflects the level of showing appropriate to many non-event specific models. Lots of horses wore something other than roping reins. As far as I could tell, it had no effect on either placing or performance. 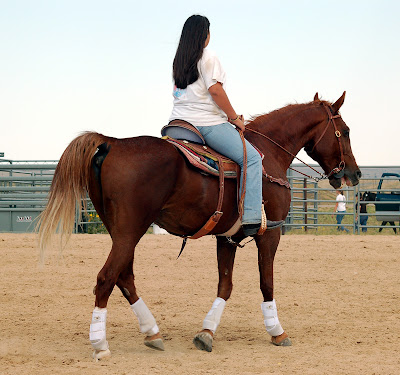 In fact, as I perused the official event rules, there was very little mention of tack and all of that was in regards to the showring classes rather than the gymkhana division. There were two regulations in regards to rider clothing. That was that all riders must wear boots with heels and straps on tank tops had to be at least two inches wide. That's it. 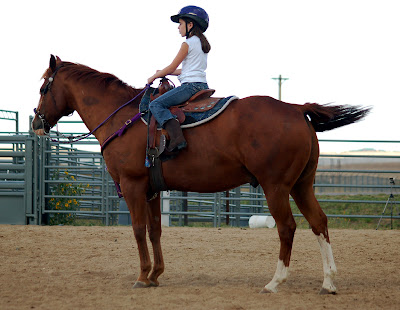 I was surprised that junior riders were not required to wear a helmet. Most of them did anyway as did a few of the adults. 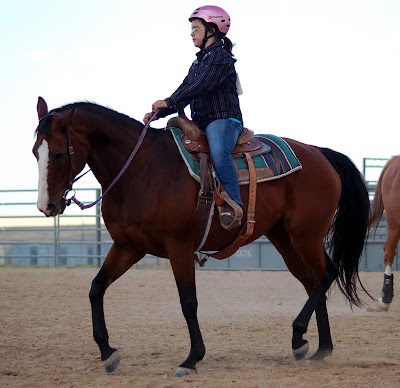 Lots of the riders used barrel type saddles like this one. 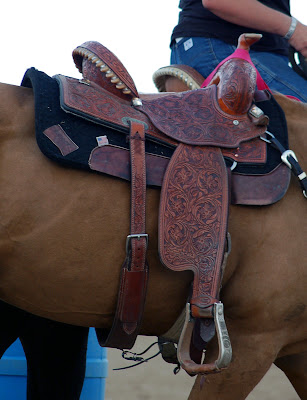 However, there were also a lot of general purpose, working type saddles. 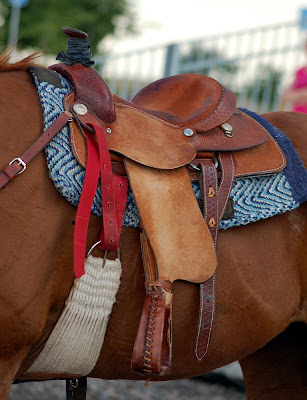 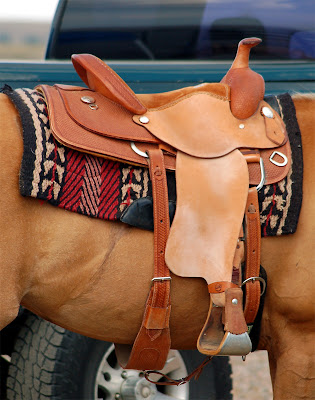 Kiddy saddle with hooded stirrups. Note also that this horse is barelegged. A lot of them were. 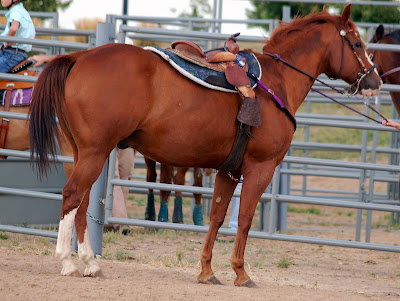 So, that's the gymkhana tack report--it's definitely a mixed bag with no one right or wrong look. My own gymkhana models will continue to be dressed like the horse in the first picture. That's a classic gaming look, and it's what most model judges expect to see. However, I do hope that people realize that it's not the only acceptable look, particularly if your model is described as competing on the local level. Split reins, bare legs and working type saddles shouldn't be cause for disqualification.