This is probably what most people picture when they think of dressage fencing. 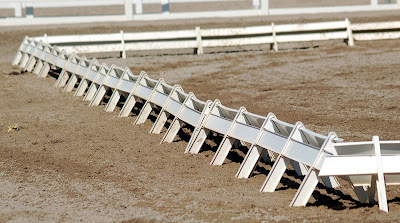 It's a short, white fence with letter markers around the outside perimeter. 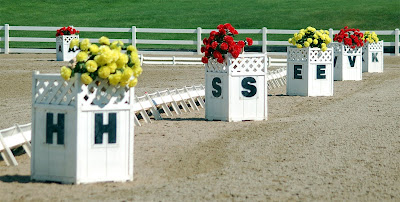 On close inspection, however, you might notice a little burst of color that's not related to the floral arrangements. 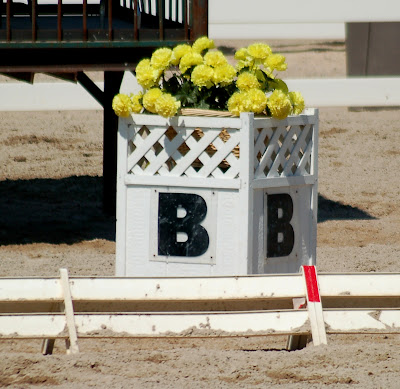 There it is again--what's up with that little red line? 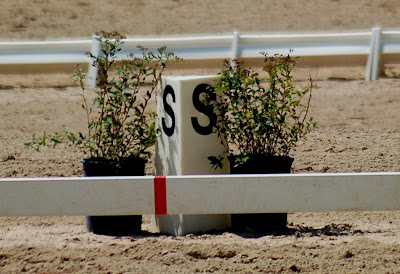 Here's the deal. The red line (I think it's usually made out of tape) is placed on the fence directly in front of the letter markers. It helps the judge or judges determine whether or not the horse performs the prescribed movement precisely at the marker. 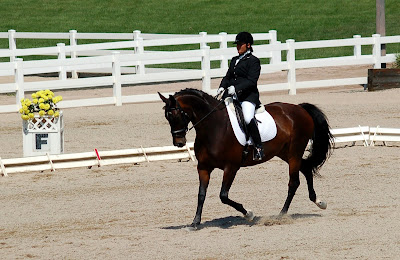 A few more pictures showing the red lines on the fencing. This is an Intermediare horse in Estes Park... 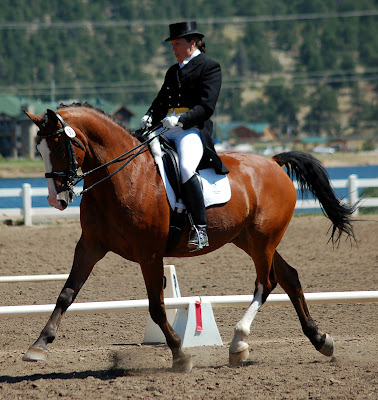 and this is a Connemara showing training level at the Colorado Horse Park in Parker. You will find dressage fences marked with red lines at all levels, up to and including the Olympics. If you refer back to this post (http://braymere.blogspot.com/2009/03/graf-george.html) there's one clearly visible in the second picture of Graf George competing in Atlanta. 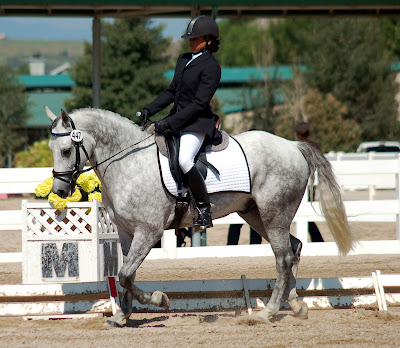 So how important is this? Probably not very. Certainly I've been to shows where the arenas weren't marked. It's more a matter of convention than any kind of hard and fast rule. Still, it's one of those easy to add details that true performance junkies love. I have a red line on one section of my model dressage fencing, and I bet that after reading this some of you will too!
Posted by Braymere at 4:51 PM