A love letter to Liz

On Monday, one of the hobby's most influential members, Elizabeth Bouras, was moved to hospice care after a five year battle with cancer. The outpouring of love was immediate and heartfelt. This platonic love letter to Liz was written by her friend, Katie Hail-Jares and is shared here with her permission. Thank you, Katie. We love you, Liz.

I am so saddened to hear that Elizabeth has been moved to hospice care. That doesn't seem possible or fair.

I met Liz totally by happenstance when I returned to model horses as an adult. Like many, I had collected model horses as a child then grown out of them. My mom eventually got tired of moving my neglected collection around and asked me to sell them. Of course you can't sell collectibles without rejoining the community.  And despite my insistence to the contrary,  about three weeks after I started selling off my childhood herd, I bought my first new model.  Eventually i bought what I thought was this really cool customized blank. I had never commissioned a model before and still didn't really know anyone in the model horse community.  I think I googled "model horse artists dapple grey" and found Liz.
Liz was warm and welcoming from the start. We exchanged a lot of emails and rereading them it's so painfully obvious I had *no* idea what I was doing or who I was talking to. When the model arrived at Liz's he was uhh, a little bit of a mess. Liz patiently explained to me why he was a mess (I had no idea) and then painted him anyway.  Since she lived just a short metro ride away, she invited me over to pick him up. When I arrived she refused to take my money, insisting he was too hideous. Figaro is still my little misshapen mascot. And to Liz's great horror, he's won multiple NAN cards and championships.  Each time he won, I would send Liz a photo and watch those dots boil over with indignation.
After that, I always volunteered to pick up or drop off any model from Liz directly.  Because visiting her and Paula's apartment was like getting a private audience at the best art museum. Liz is an extraordinary and influential artist, but she also just loves art. We had very similar tastes with regards to art and almost inevitably,  I would learn about an amazing artist, tell Liz, and she'd send me photos of 5 originals that she owned by them.  It was uncanny-- and absolutely the best thing. She was the same with movies. I could never name a movie Liz hadn't seen, and it was such a joy to geek out about B-grade gothic horror with her.
Liz always included an entire color print of select art she had purchased that year with her end-of-year greeting card. I would sometimes save that card for weeks, tucked into the back of my diary, until the right evening when i could open her letter, read about art, and study that attachment for a couple hours. She continued sending me those letters even afterI moved to Australia, and I am never more excited than I am when Liz's end-of-year card arrives in the mail.
I think a lot about how we should give people their roses while they are still here. Liz is still here so I'm not writing this as a eulogy but a platonic love letter. 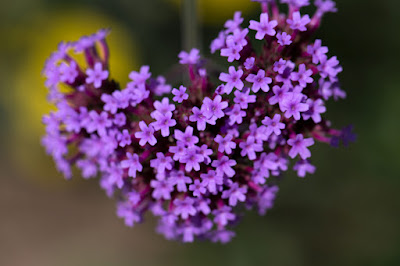 Enjoy your bouquet, my friend. You are so loved, so treasured, so colorful, and I'm so glad you've brightened my life.
Posted by Braymere at 6:13 PM