Horse people are good at spotting horses, but model horse people take it to a whole different level. We train ourselves to look for horse shaped treasures until it becomes second nature. If there's a single Breyer in a crowded flea market, we will find it. We'll find the Hagen Renakers and Barbie horses, too. We see horses everywhere we go. It's a superpower.

I didn't think I'd have any trouble spotting mustangs on Wild Horse Loop. 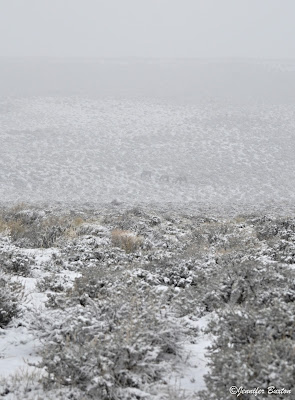 Heavy snow, wind and fog made it really hard to see anything. There were no colors, no shadows, just blurry expanses of grey. I was beginning to think we wouldn't see anything. Then Seth spotted a couple unusual looking humps on the horizon. 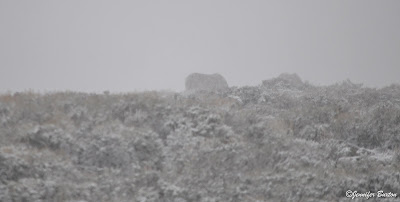 He parked the car, and I got out, camera in hand, and headed into the storm. The horses raised their heads to watch me.

As I got closer, they nervous.

I snapped a few pictures of them running away.

"Better than nothing," I told myself.

I followed them over the rise, and was surprised and delighted to find the rest of their herd, which included two little foals. 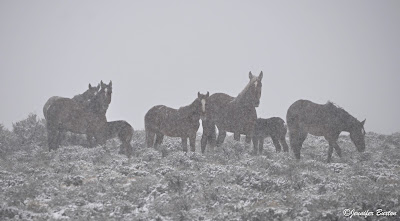 The visibility was really terrible so I can't be certain, but I think this was the stallion. 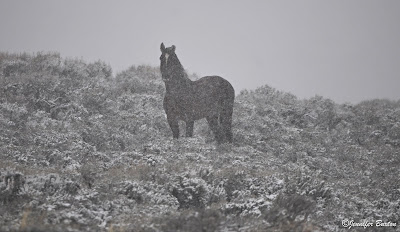 He'd make a nice reference for all your broken eared models. 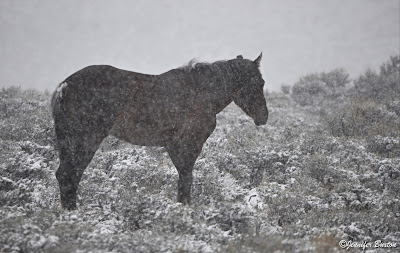 Normally, I would have stayed and watched them all day, but the snow was really coming down hard. I was cold and my camera was wet. 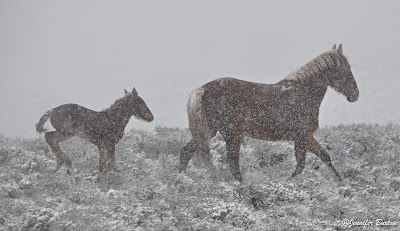 I took a few more bad pictures and walked back to the car.

The next group of horses was on the other side of a big ditch. The weather had gotten even worse, so I didn't walk out to see them. 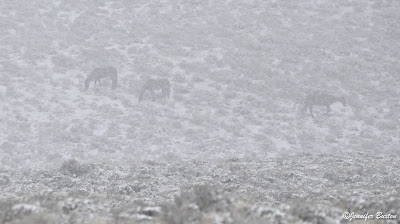 Eventually, the snow lessened and the fog lifted. We started to see colors again. 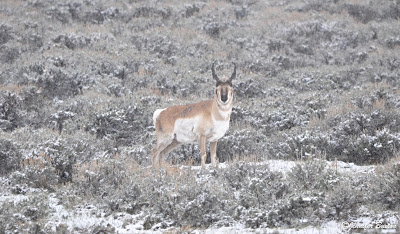 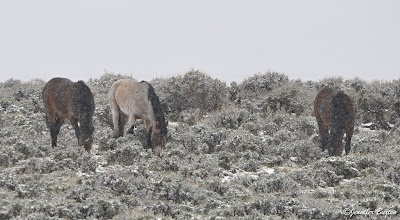 This little group was comprised of two bays... 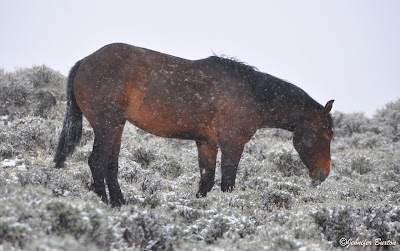 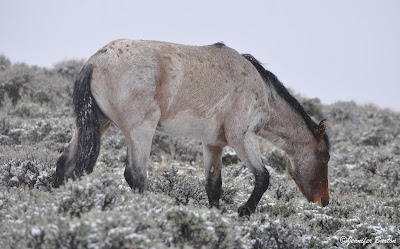 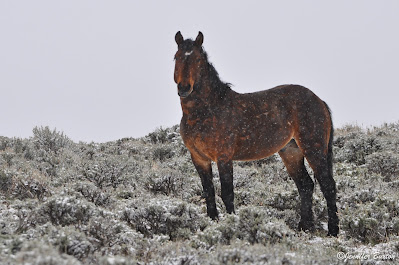 We stood together for a few minutes, before they decided it was time to go. 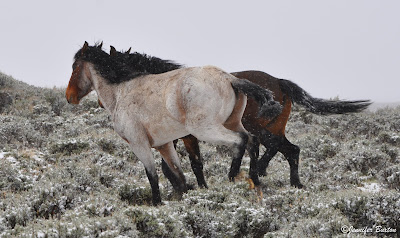 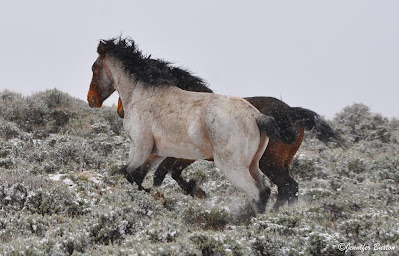 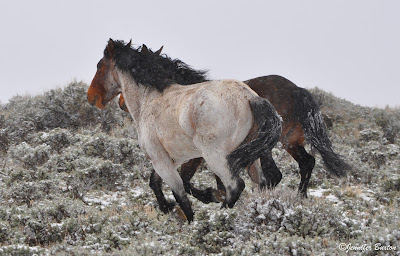 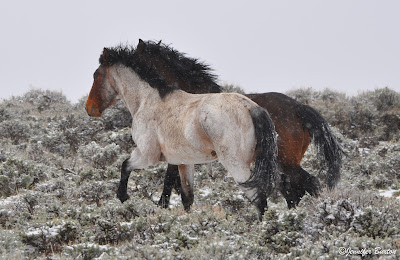 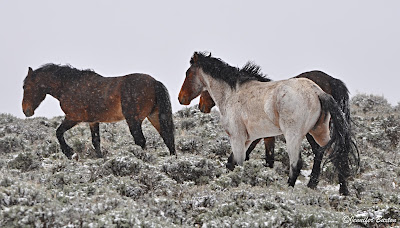 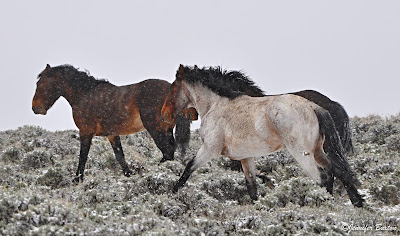 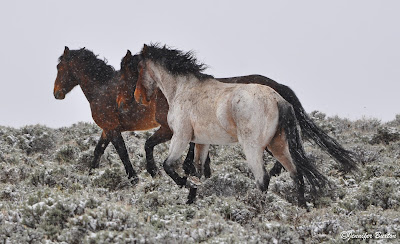 I took one more picture and headed back to the van. 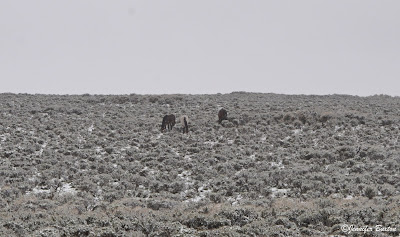 And that was the sum total of the mustangs we saw on our first pass through Wild Horse Loop.
Posted by Braymere at 8:01 AM