I am always on the lookout for tiny things I can use in my performance set-ups. Occasionally, these searches lead to me things that really need to belong to other people. This is the story of one of those times.

I will preface with this: absolutely no lizards (real or fake) were harmed in the making of these photos and I love lizards and other reptiles. I am not afraid of lizards in my yard and I really do love their presence... in 👏 their 👏 natural 👏 habitat 👏

Some of you may remember an incident that played out on my personal Facebook that became know as #LIZARDGATE. 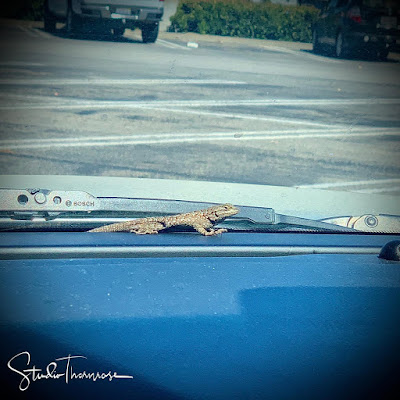 Basically I discovered a lizard living in my car while I was pumping gas one day. I could not get it out. It would jet away as soon as any attempt to remove it was made. No big deal. Okay. You live on my dashboard. Whatever. Life goes on...

But when it decided to make appearances on my steering wheel and brake pedal, I became concerned. I had several long trips that had to be made while preparing for my STAG event earlier in the summer and I never knew when THEE lizard would present itself.

Would it climb my leg while I’m flying down the freeway ?

Would it fall from my sun visor on my lap causing me to swerve into oncoming traffic resulting in my fiery death ?

I had alllll the scenarios built up in my head. It was too much.

So I decided to park my car for two weeks and surrendered my vehicle to the lizard in hopes it would leave on its own accord.

It became known as Jack. Because he would pop out of nowhere like a Jack-In-The-Box and scare the ever living daylights out of me. I was a prisoner in my own car.

Finally one day I had had enough. I recruited smarter minds than mine, some spatulas, hunkered down and waited Jack out. He slinked onto the brake pedal on a hot day to sunbathe and we were stealthily able to fling it out of the open car door. FINALLY 🙌

Jack now happily lives in a Rosemary bush in front of my friend’s house and we exchange occasional glares of respect in passing. That’s one tough lizard to live my car in the heat of summer for two+ weeks.

A few weeks ago I received a mystery package from Jennifer Buxton and inside was a tiny lizard to torment tiny Kylee. 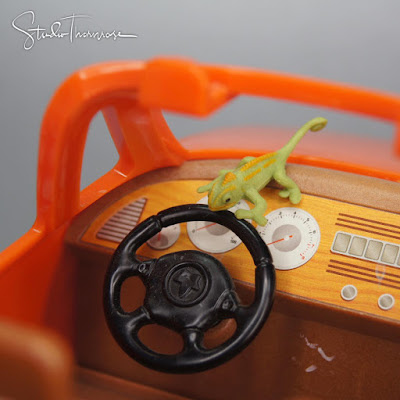 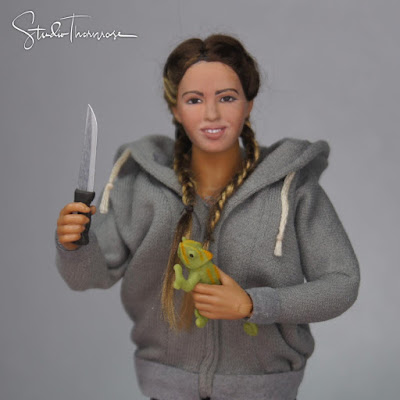 P.S. Just in case you somehow haven't seen it, here's a look at Kylee's gorgeous new sculpture, Troubadour, who will be released in plastic by Breyer. What an amazing addition to their line-up! 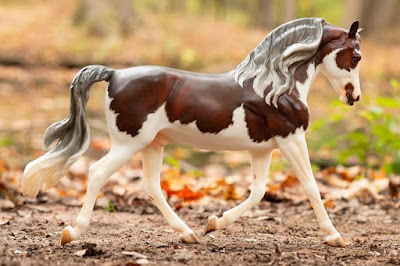