I took two resin ponies with me to Europe.

Bubbles attended both the Dutch and German NaMoPaiMo parties and went on a photo tour with Helena Ruppert of Breyer_Realistic_Pictures. 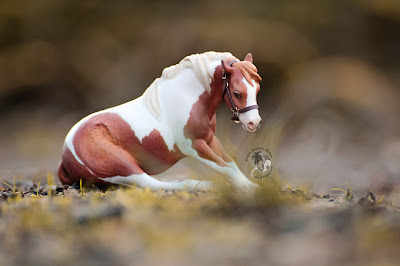 Mr Toad did everything else. 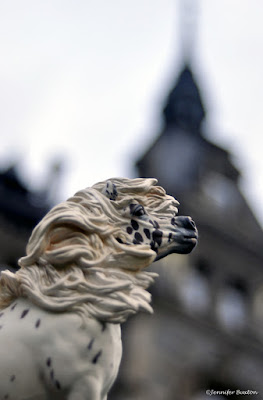 First he accompanied us on our "blind bag" trip to Brussels. 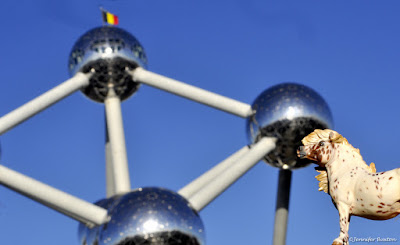 He saw the Atomium... 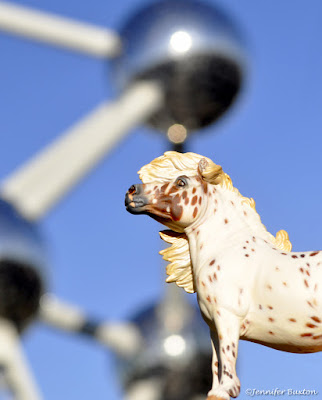 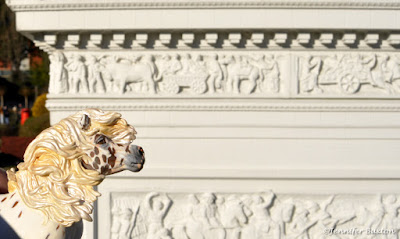 Here he is with little Big Ben, 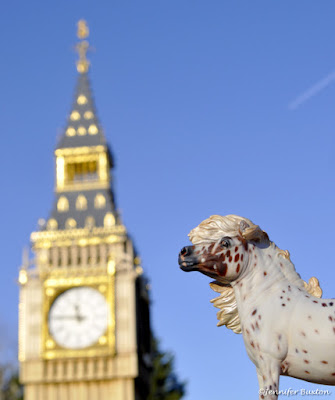 a pair of Dutch windmills... 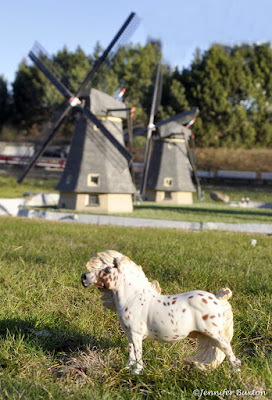 and a small scale Eiffel Tower. 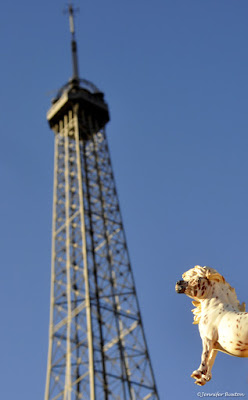 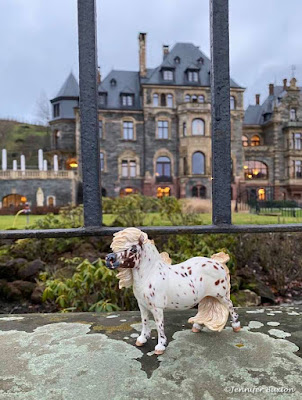 The first was the Schloss Lieser, a nineteenth century castle which has been restored and transformed into a modern, luxury hotel. 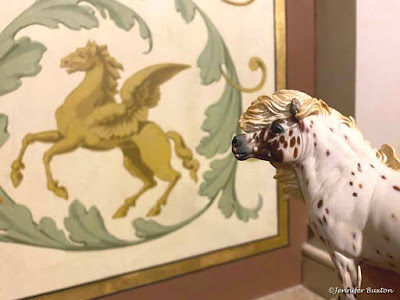 Carol and I spent a night there on our way to the Netherlands. 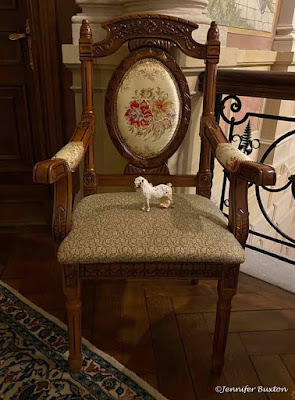 It was a little fancier than I require, but Mr Toad reveled in the luxury. 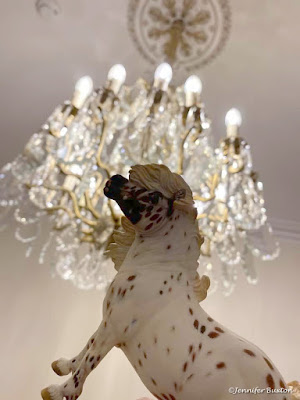 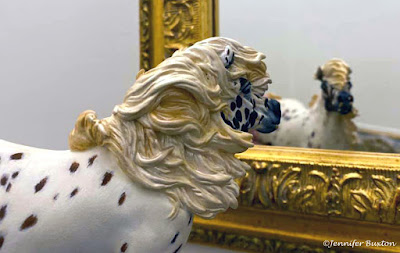 The other castles were Hohenzollern Castle in Bisingen... 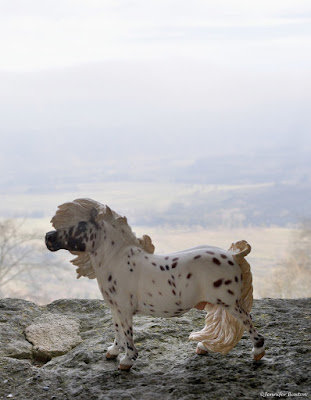 and Neuschwanstein Castle in Schwangau, Unfortunately, photography was not allowed inside either of these, so Mr Toad had to settle for having his picture taken outside on the castle grounds. 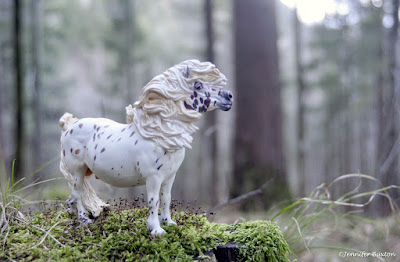 The Neuschwanstein pictures were taken after the photo tour with Helena. I think you can tell that I was learned a thing or two! 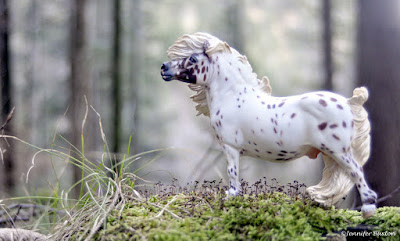 The last place, Mr Toad visited was Paris. He posed in front of the Louvre... 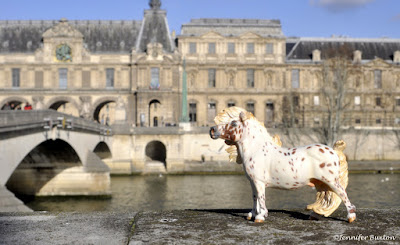 and he got to see - and go up on - the real Eiffel Tower. We agreed that it's much more impressive than the one at Mini Europe! 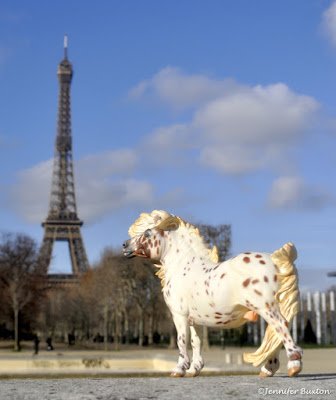 The next day, he spent a couple hours exploring the Paris Catacombs. 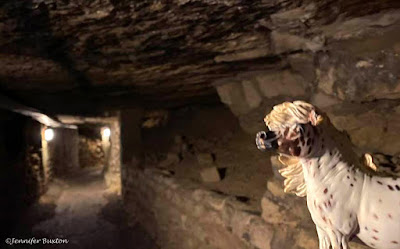 I think he liked the castles better! 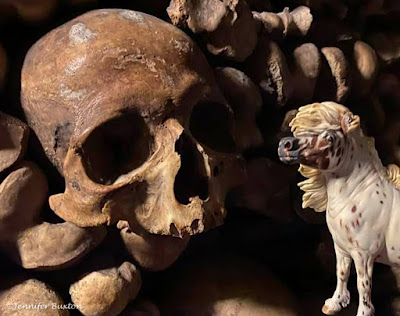 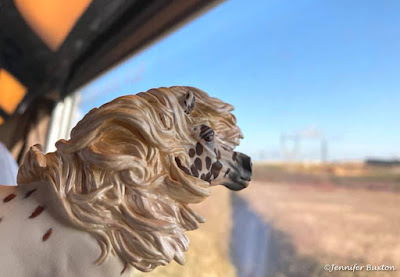