The ride not taken

My best friend, Carol isn't really a horse girl, but because of me, she's spent a lot of time around horses. She's a solid trail rider by American standards, but she knows her limits. When it became obvious the Dutch beeach was going to be a bit too much, she decided to hike and take pictures instead. Thank you for being so awesome, Carol. I absolutely love the photos you took of us!

The Ride Not Taken

When Jennifer asked me if I was interested in riding horses on the beach in the Netherlands, my answer was an enthusiastic yes! In our many years of friendship, Jennifer and I have have gone on many trail rides together, including Chatfield State Park when the temperatures where hovering around zero, the US Air Force Academy where we were allowed to ride on our own and, of course, the trails near Kenlyn. In the last year, I have gone riding twice without Jennifer, once in Croatia... 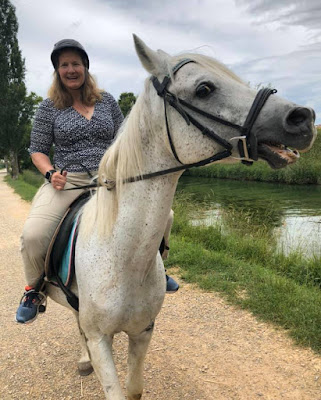 and once in Texas! 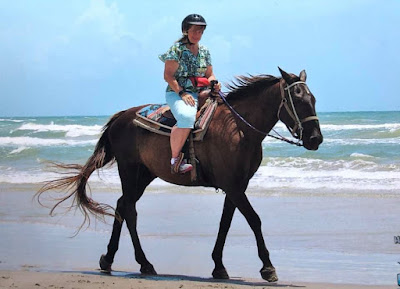 When asked to rate my riding ability, I usually say a little above average. I’m not afraid and can follow the usually mellow directions and just enjoy the scenery from the top of my mount.
This ride was different in every way. We were quickly paired with our horses and sent to groom and tack them. I haven't done this in a long time, and never without Jennifer's help. I did my best, but I was already feeling over-faced. We mounted up and rode around a small and crowded indoor ring. This was okay until we started trotting. I'm not used to an English saddle and all the directions being given in a foreign language. It was a lot. After a few good bounces, I decided to bail on the ride. I never even made it to the trail.  The other people in our group expressed concern about what I was going to do while they rode, but I told them I would be fine. I had Jennifer’s camera, so I decided I would drive to the beach and take amazing pictures of them while they were riding. 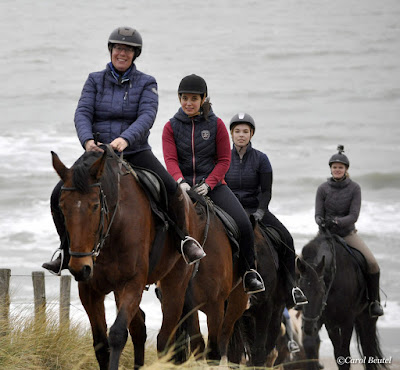 I asked for directions and was quickly on my way. Unfortunately, the road I was told to turn on was closed. 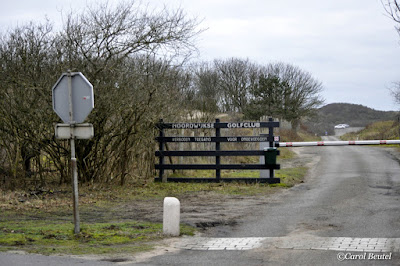 I could see the beach but needed to find someplace to park my car. 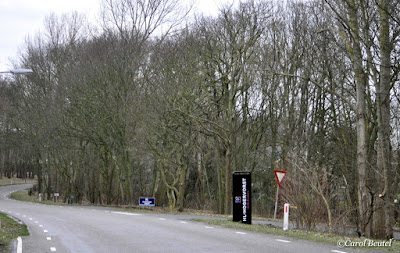 This was more difficult than I expected, but eventually I parked and started to hike in. 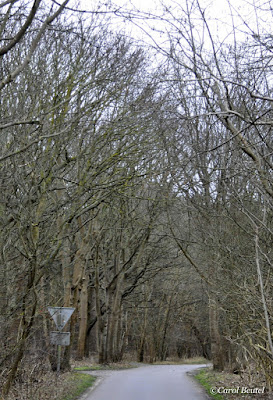 As I walked, I looked for horses. I found some but not the right ones. 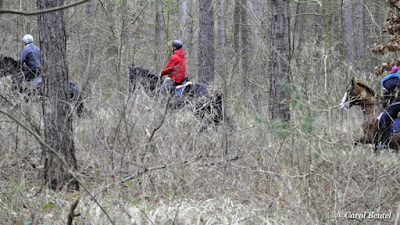 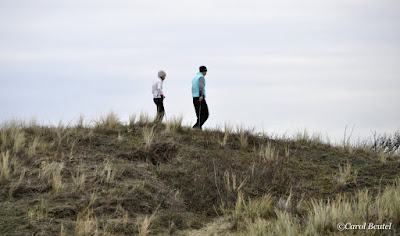 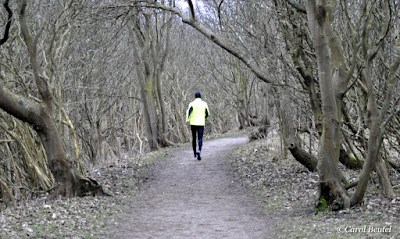 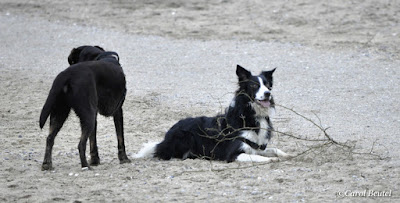 and even a Santa pole! 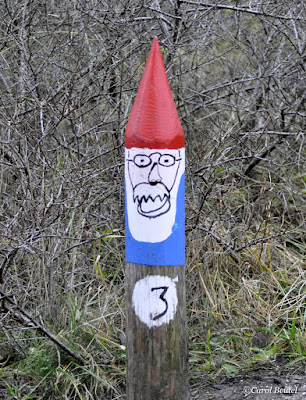 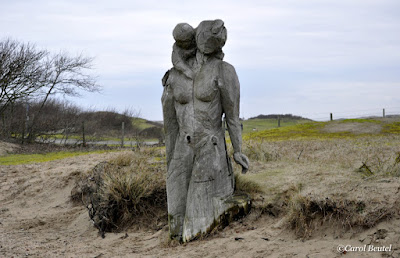 Then in the distance I saw a large group of riders! 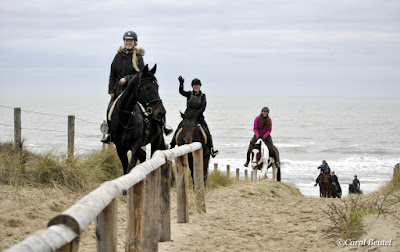 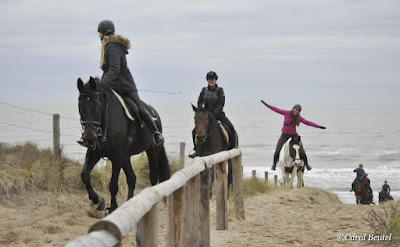 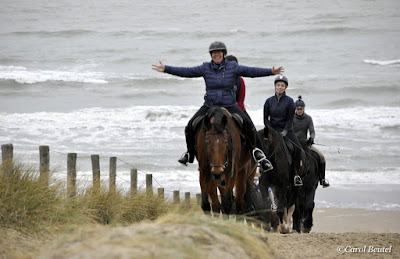 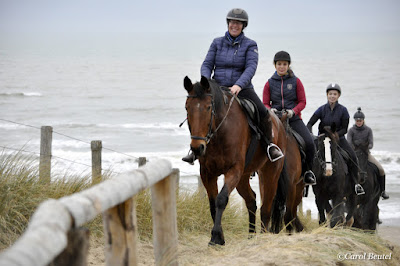 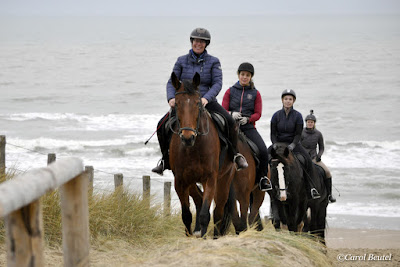 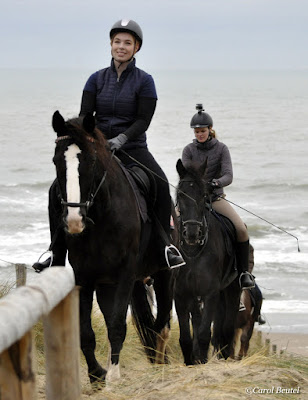 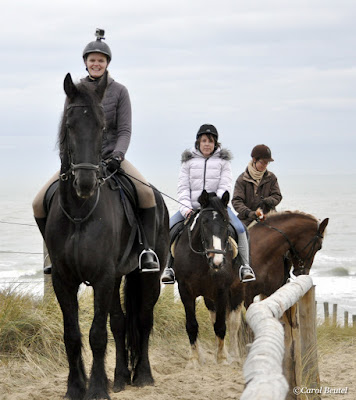 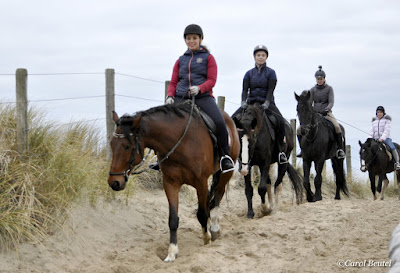 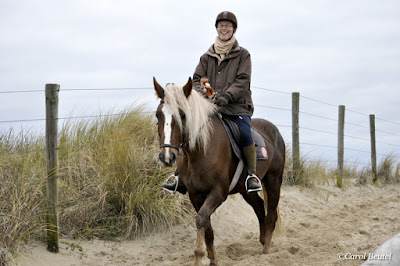 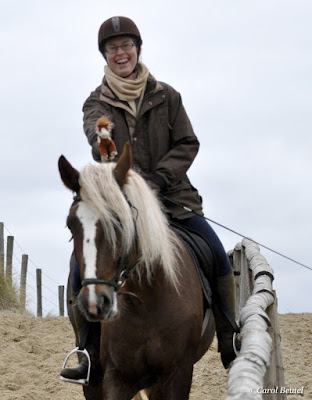 After they were gone, I walked down to the beach. 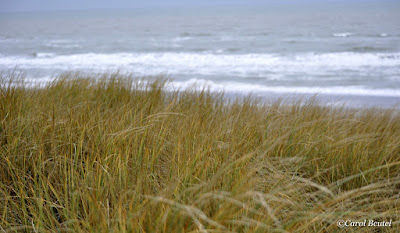 I watched the waves and the people... 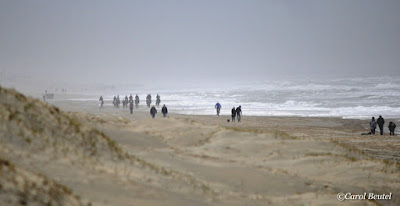 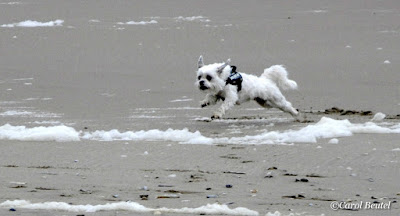 Then I turned around and retraced my steps back to my car. 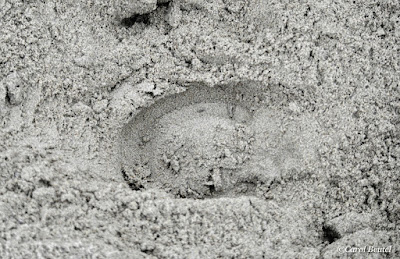 Overall it was a great day. I hope to go back and explore this area again, hiking or jogging on the beach instead of by horseback. I’ll leave that for the more experienced riders, which is clearly not me!
Posted by Braymere at 6:01 PM