The second performance class at Candyland Live was entitled "Bling Bling." No surprise, this class was filled with sparkly costumes.
Margaret Balch showed a dressage entry with some added sparkle on the doll's hat, boots and saddle pad. I thought this was a neat way to adapt a standard set-up for the particulars of this show. 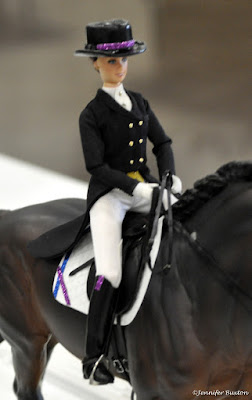 I had three entries. Two were prop horses for my Pink! class so they were entered mostly because they were already tacked up. 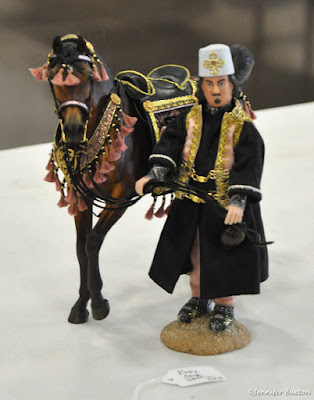 My main horse was Diestro. He was shown performing a costumed dressage freestyle. I made the bridle and breastplate specifically for this class, and the Sheri Wirtz doll was a recent MH$P purchase, who I fitted with new custom boots. A gorgeous custom saddle pad by Maire Lanzafane completed the look. I was really happy with this entry and was pleased that it got second. 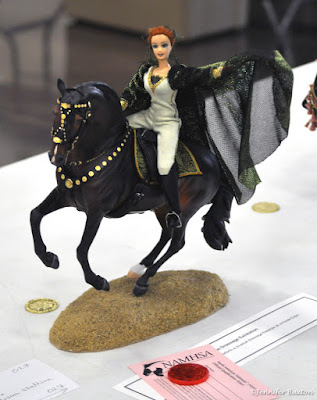 The winner was Machall Parga's gorgeous, Tiffany blue Arabian costume entry. This costume was made by Missy Halvas, and it sparkled! 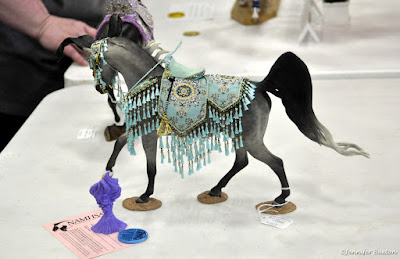 On to the next! In this case that's the "With Animals" class. 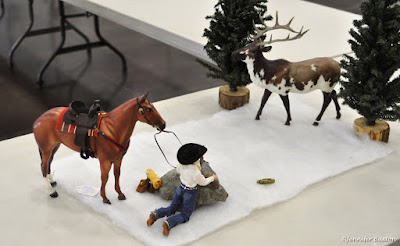 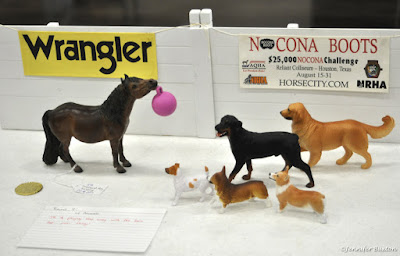 I really, really, really wanted to fulfill my longtime goal of setting up a complete petting zoo, but alas, time got away from me. Instead, I settled for this basic but nice Horse and Dog Trail entry. 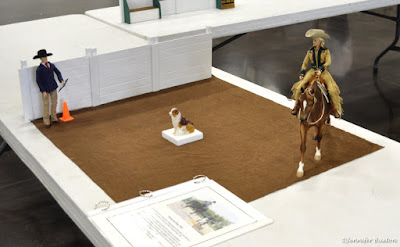 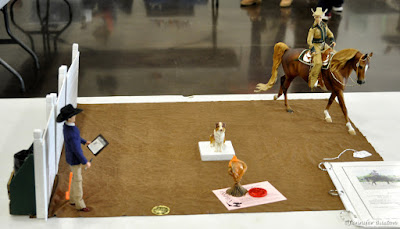 Jackie Rossi won this one with her Pokemon Go field research entry. You can't really see them in this photo, but there are a couple of my Rocky Mountain Spring Fling snails on the logs and rocks. It was really good to see them there, especially since I had accidentally left all my snails at home. 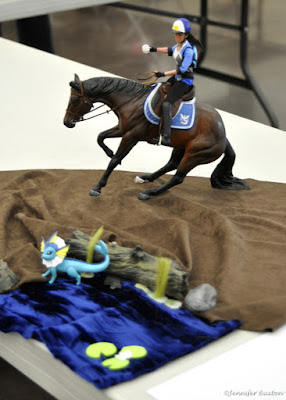 As we headed into Round Four, it was clear that Jackie had brought her A-game. I wasn't sure that I could catch her, but I knew that my biggest and best entries were still to come.
Posted by Braymere at 6:50 PM