I didn't photograph most of the entries in the PINK! class at Candyland Live, probably because I was too busy setting up a million sixteen models in my own entry. However, I did manage to take pictures of Jackie Rossi's very pink poles entry... 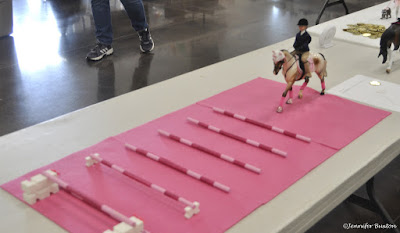 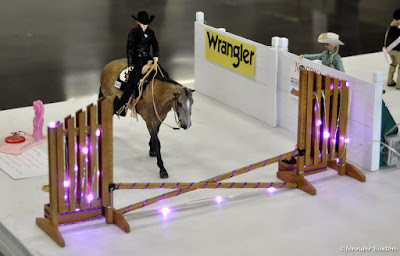 The next class after that was Pony Only. 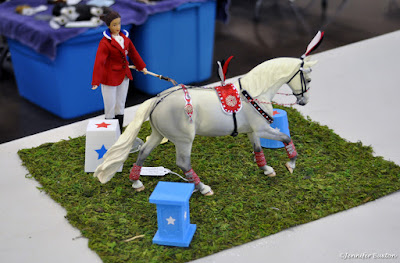 I love ponies, so normally I would have been all over this, but I predicted (correctly) that I wouldn't have a lot of energy left after my giant PINK! entry. Instead of trying to do something new, I recycled Dagobert's Fun Costume entry from Battle of Breeds. 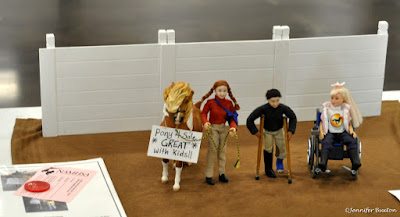 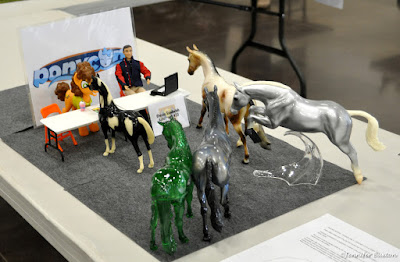 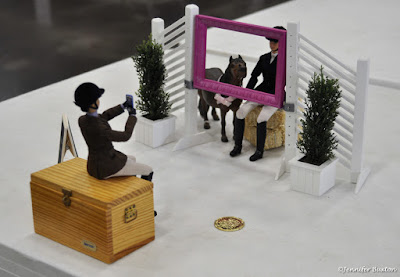 I would totally pose with that pony! 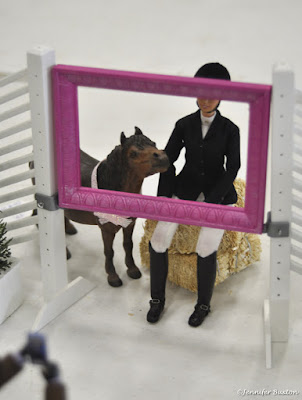 That was the last performance class of the day, Jackie and I brought back our horses for the Championship Callbacks. 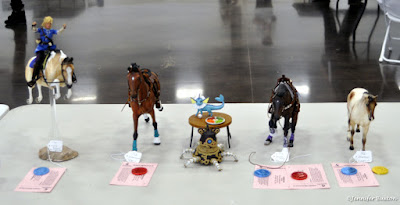 We both had three first place coins, but I had one more second place. That gave me the victory by the narrowest of margins. Happily, the prizes for Champ and Reserve were exactly the same. We both won an eight and a half ounce gummy bear lollipop, a bag of candy, a stablemate unicorn, a Super-CALI medallion and a candy themed English saddle pad by Maire Lanzafane. 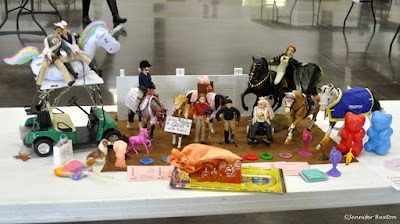 At the conclusion of the show, Heather had all the divisional Champions and Reserve Champions brought back to the judging table for the Best in Show presentation. 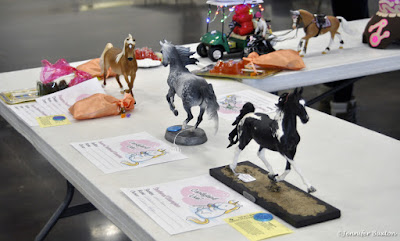 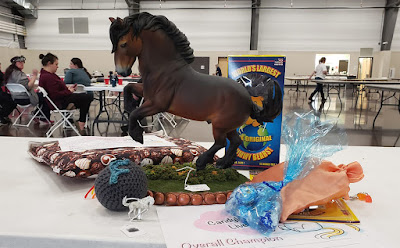 and my stable full of crazy was named Candyland Live Best in show. In addition to the five pound gummy bears, Tiffany and I both won a pair of Candyland pony pouches, a crocheted F-Bomb by Lindsay Diamond and a pewter micro-mini by Maggie Bennett. What a haul! 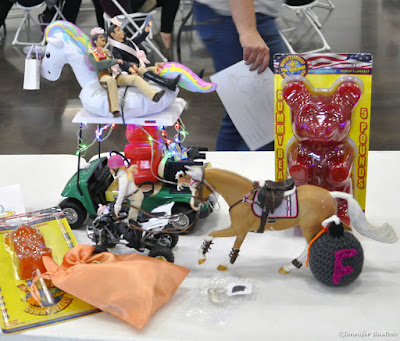 Thank you, Heather Malone, for hosting such an outstanding live show. I think that's the most fun I've ever had showing performance!
Posted by Braymere at 4:01 PM