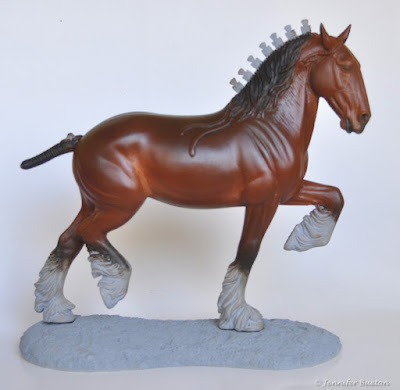 I'm still struggling to get the color I want. It's either too red or too muddy, but at least I'm getting closer. It's been a slow and painful journey, but I think I'll get there in the end. Hopefully. 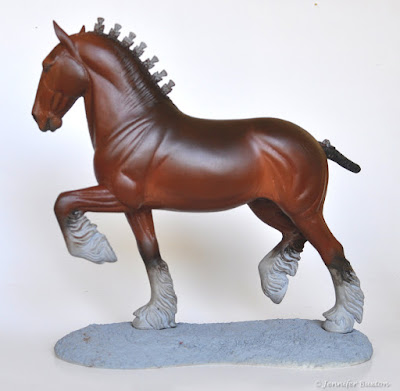 I'm not the only one who's encountered problems.
And I'm not the only one who's thought about stripping my model and starting over again. A few people have actually done just that...
but most of us have persevered. I credit the NaMoPaiMo Facebook group.  There's so much advice and support there. We're all in this together, and that's really helped keep everyone on track.
With any luck, we just might finish these ponies before the end of the month!
Isaac Brushett's Totilas was supposed to be a buckskin Appaloosa, but technical issues made that a non-starter. Isaac thought about dropping out of the challenge, but instead, he regrouped and painted this chestnut. Way to go, Isaac! Isaac has been one of NaMoPaiMo's greatest supporters. He's written numerous tutorials and his cheerful support has helped a number of artists, myself included, keep pushing forward in the face of difficulty. Thank you so much for everything, Isaac. You are the NaMoPaiMo Champion of the Day!
Posted by Braymere at 6:40 PM