I really wanted to paint yesterday, but Aggie's most recent layer of paint was still a little bit tacky. Instead of pressing forward with her, I decided to dig up a project from 2014.

This BHR Loper is supposed to be a black rabicano, but as you can see, I never got him past the basic black stage. This was not for lack of trying. I started the roaning numerous times, but in each case, I got frustrated and ended up wiping it off. 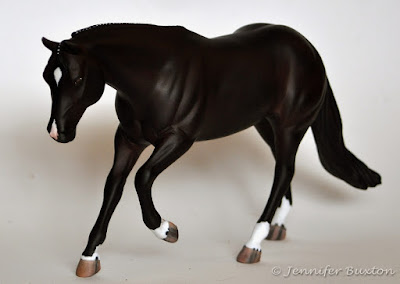 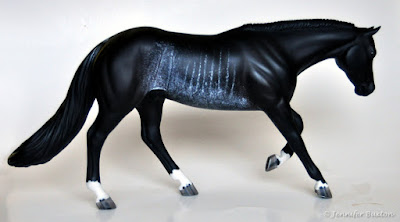 After a marathon painting, pastelling and sealing session yesterday... 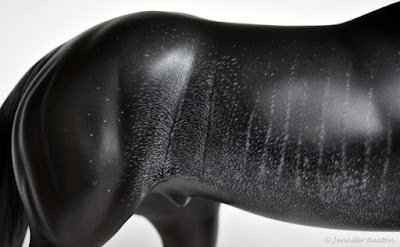 I am optimistic that this boy might actually get finished. Hurray! 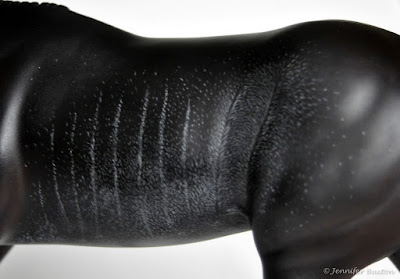 I'm not the only one who feels like painting.
NaMoPaiMo has inspired so many people.
Every day pictures of newly painted horses are uploaded to the NaMoPaiMo Facebook page.
A lot of these horses are official contest entries, but some are just bonus horses that were painted because someone felt like painting.
Today's post is all about the bonus horses.
Some of these were painted in addition to the offical NaMoPaiMo entries.
Others were painted instead of the official NaMoPaiMo entries.
Honestly, it's good either way.
The whole point of NaMoPaiMo was to get people painting, and on that score, I think it's been a roaring success!
This beautiful Reflective medallion was painted by Sara Gifford and will be donated to one lucky NaMoPaiMo winner. Thank you, Sara! 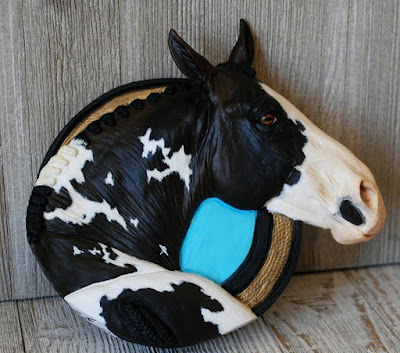 And thank to everyone else who has supported NaMoPaiMo thus far. It's been a blast painting with you. Speaking of which, that BHR Loper is calling my name. It's time for me to get back to painting!
Posted by Braymere at 4:06 PM