When I was still young and fearless, I wanted to be a Roman rider.

Snickers and CB were roughly the same size and got along well, so it was no problem getting them to stand side by side while I stood with one foot on each of their backs.  Unfortunately, things deteriorated quickly once I got them in motion.  No matter how hard I tried, I just couldn't get them to stay alongside one another for more than a few strides.

What I didn't realize at the time... 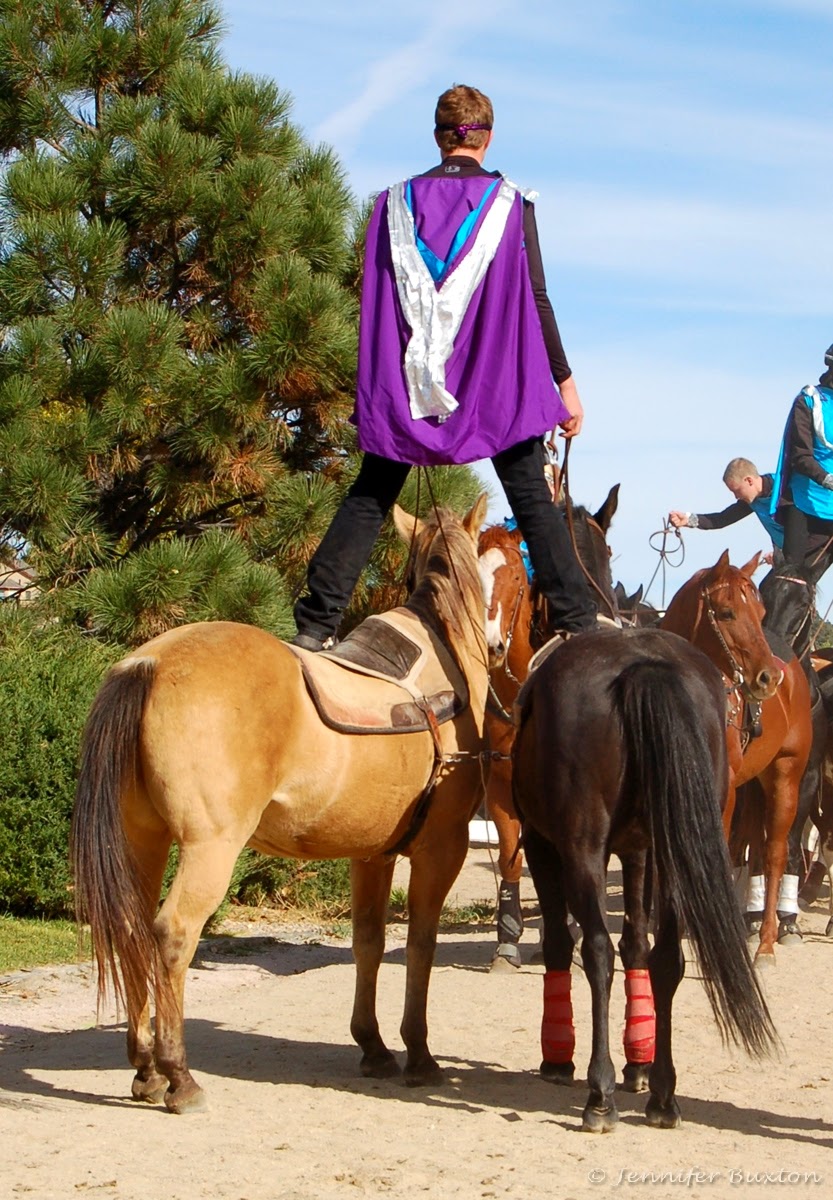 is that I should have been tying them together! 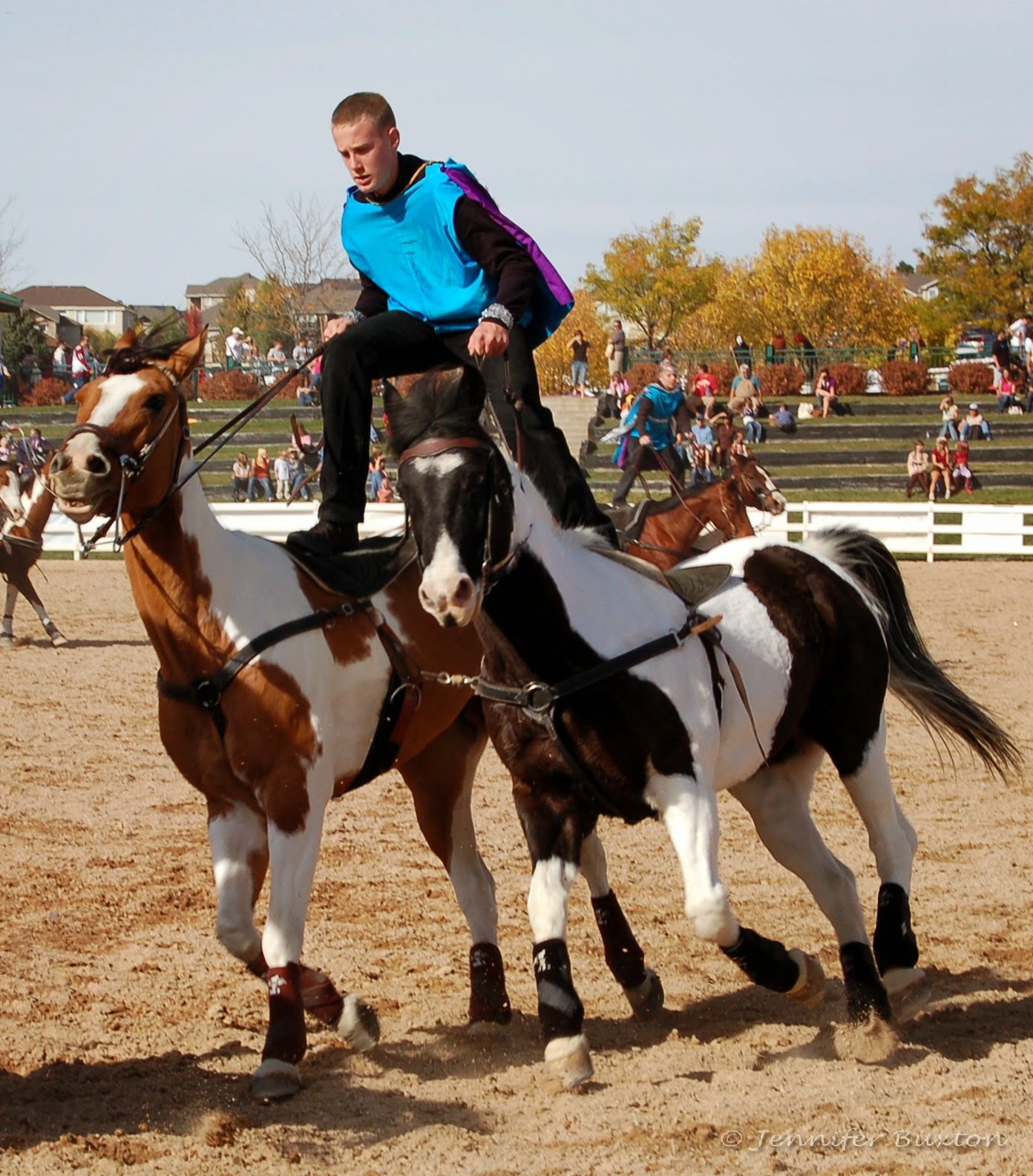 Here's a look at the mechanism used by the Westernaires Roman riding team. 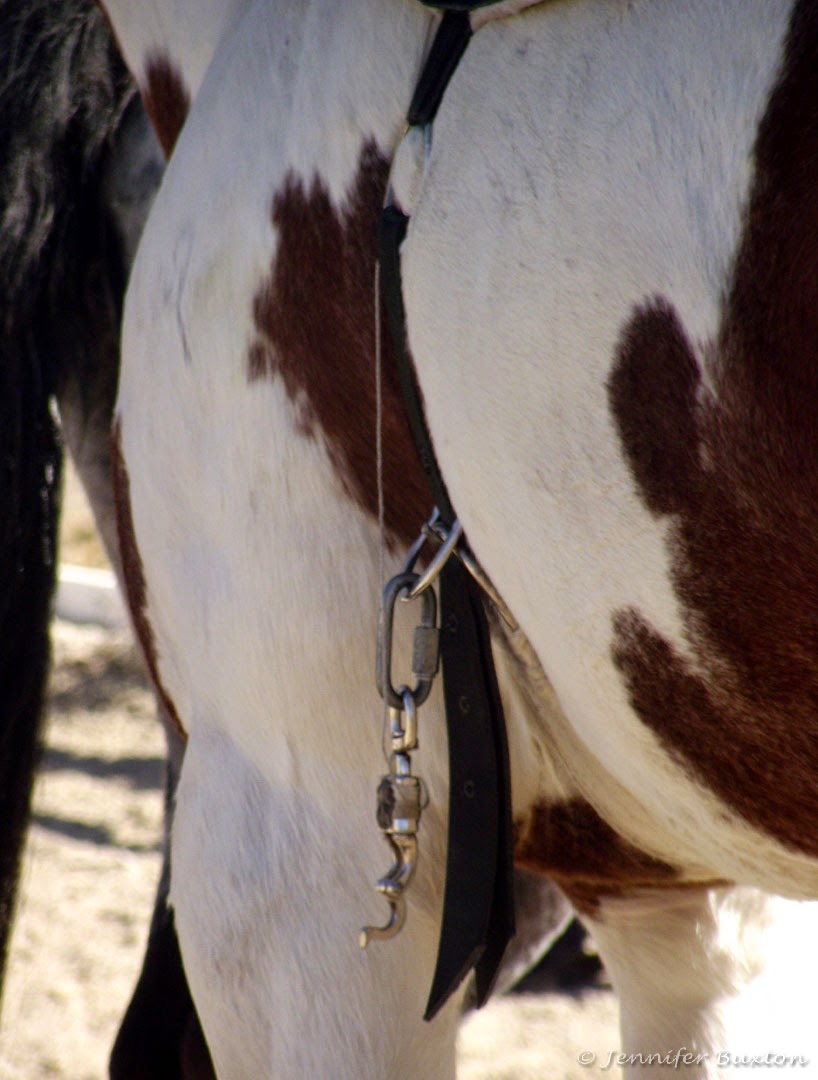 There are times, however, when the Romanaires unclip those horses. 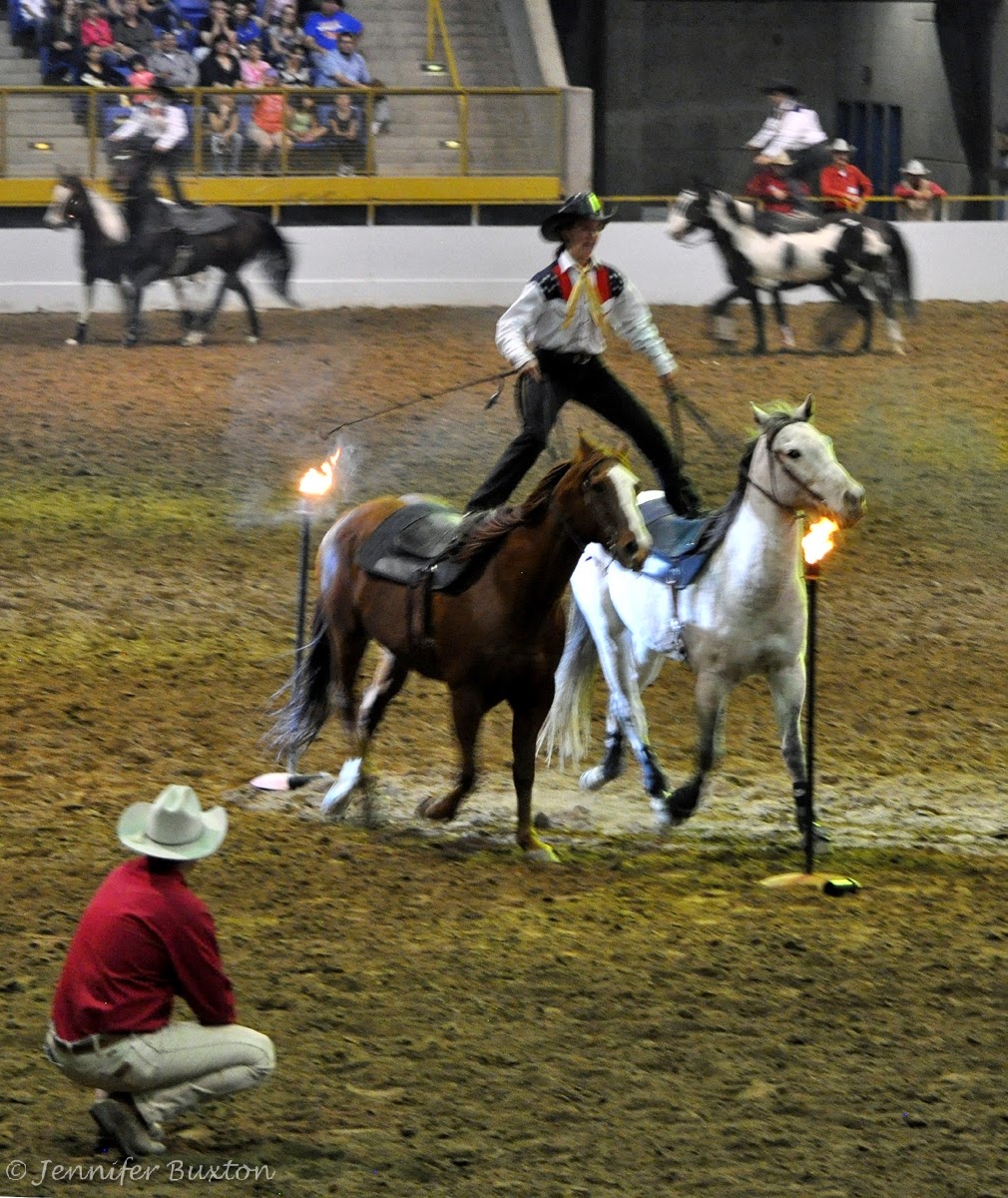 For the finale of the Roman riding performance at last weekend's Horsecapades, each rider unclipped his or her horses and galloped down a row of lit torches. 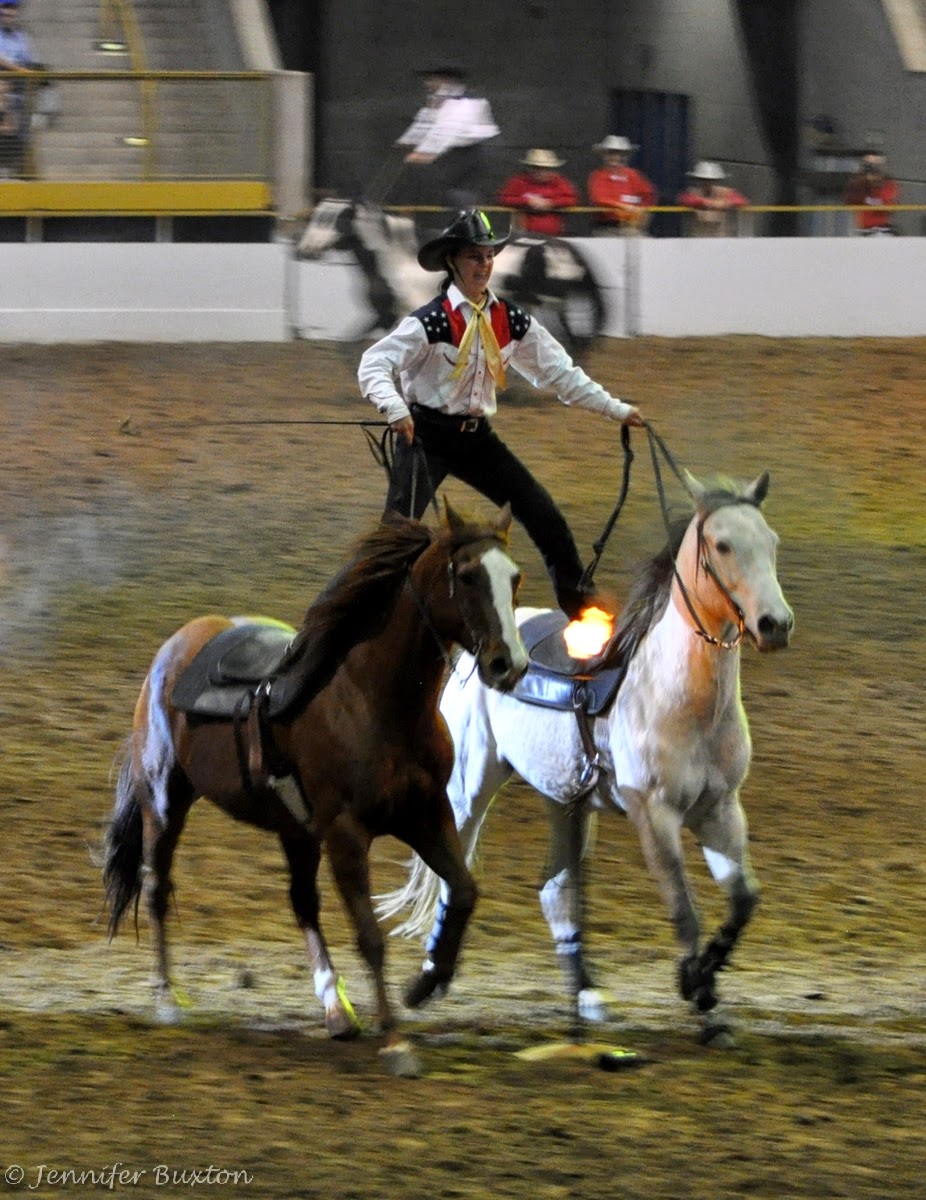 Most of the horses stayed pretty close to one another, but a few of the riders were really doing the splits as they went over the flames. 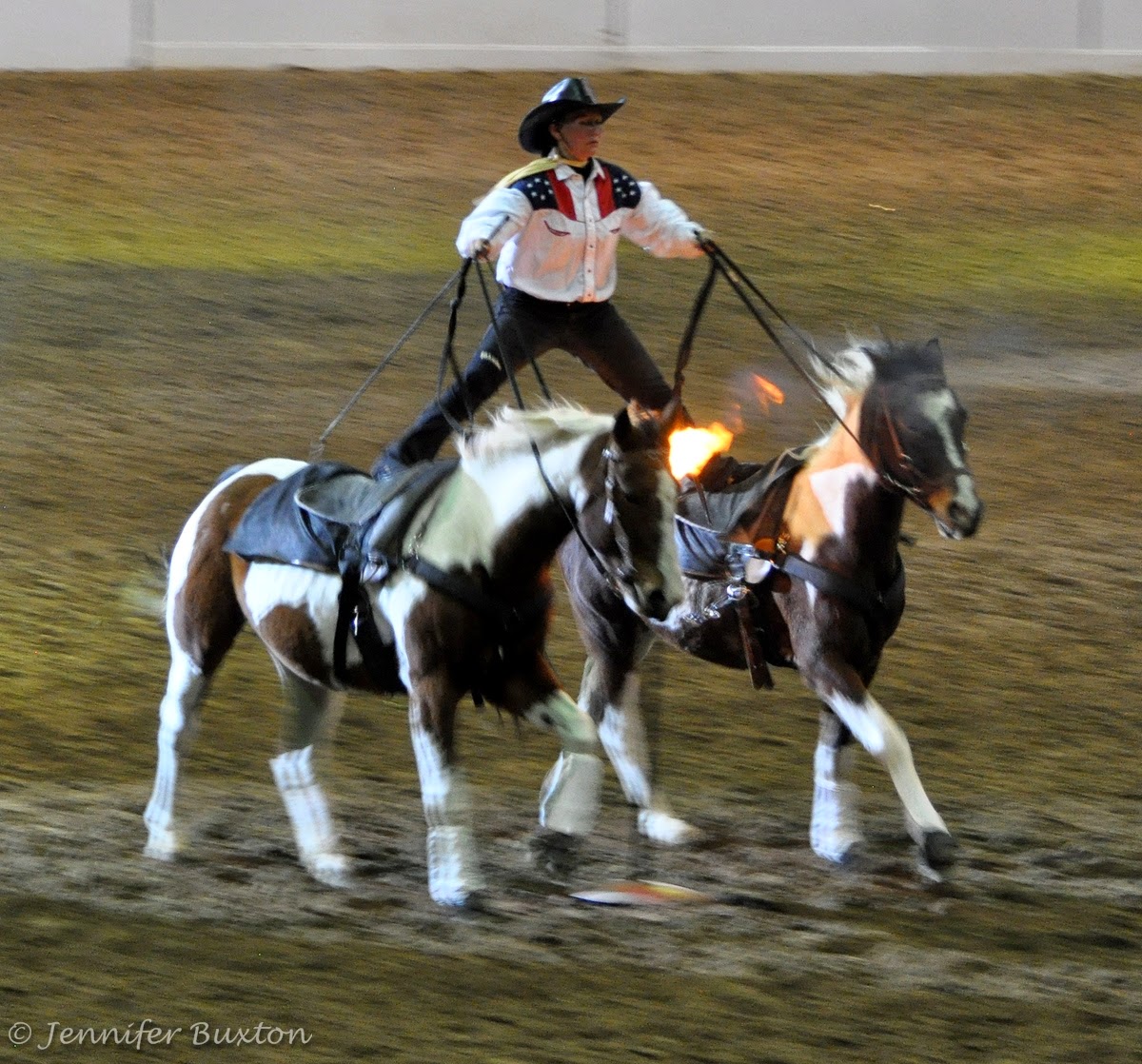 It was awesome and just a little bit terrifying. 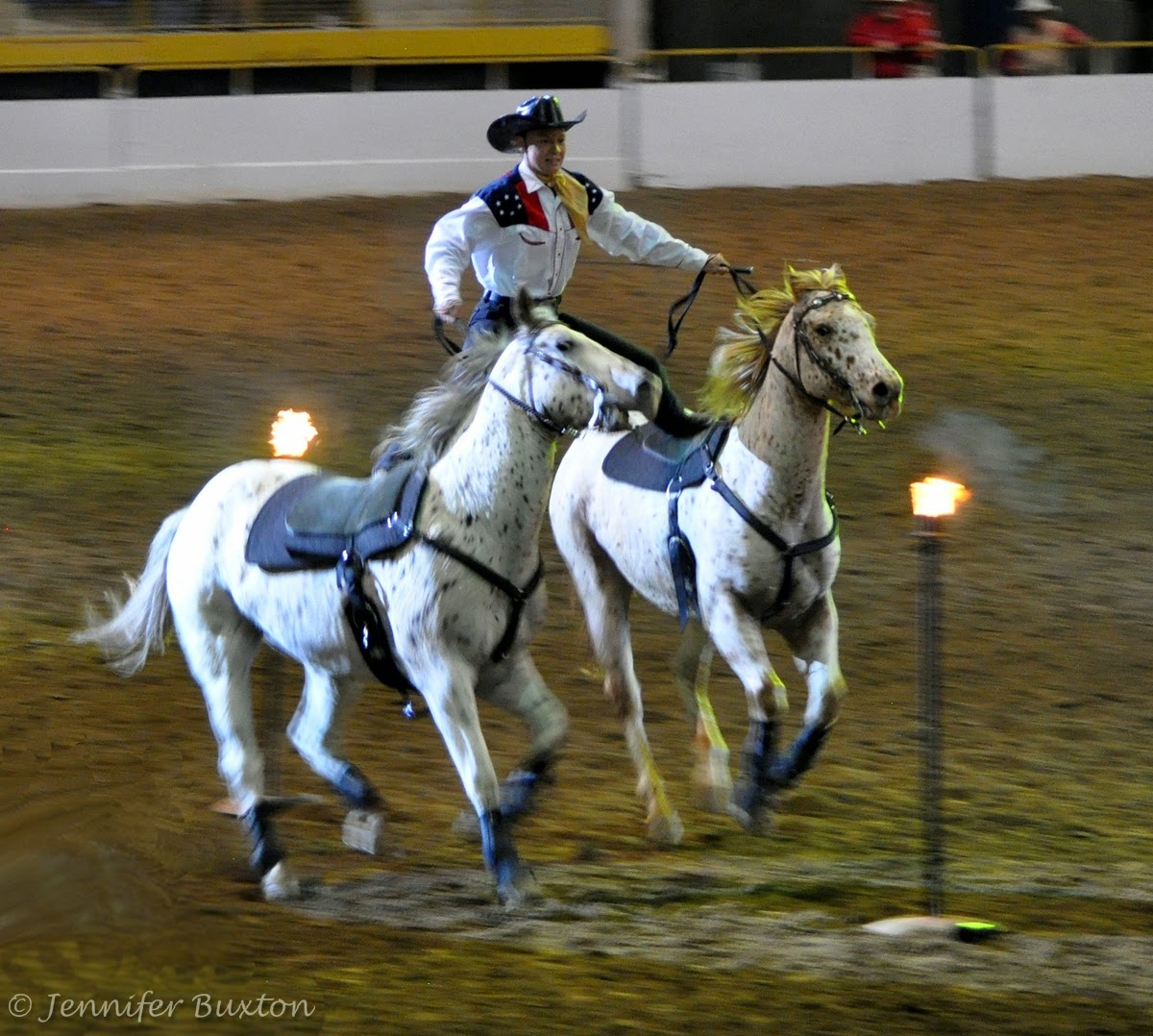 I know I always say this, but will someone please set this up in model horse scale?
Posted by Braymere at 8:53 PM