Let's pause a moment to consider the man behind this prolific work. E.C. Russell (Clair) worked an overnight watchman at the Dexter Shoe Factory and was married to Winnie for 59 years. He loved horses and ponies, and enjoyed participating in pony pulling events. Here's a photo of him with some of the bigger boys: 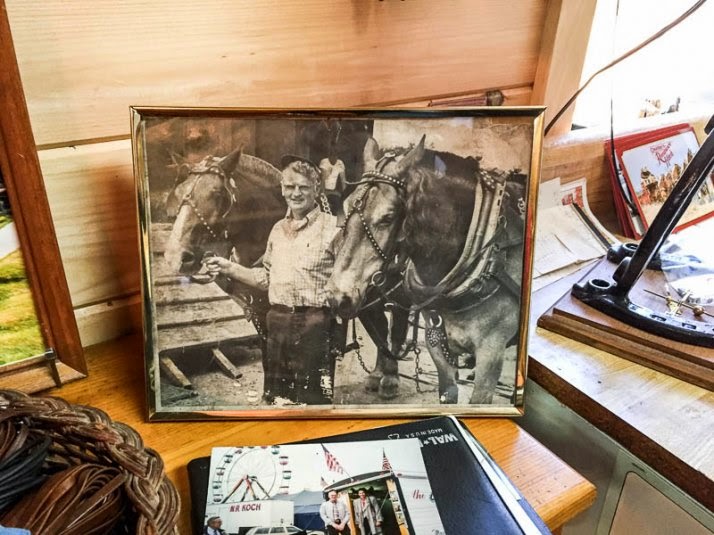 Most of Clair's work was traditional scale... 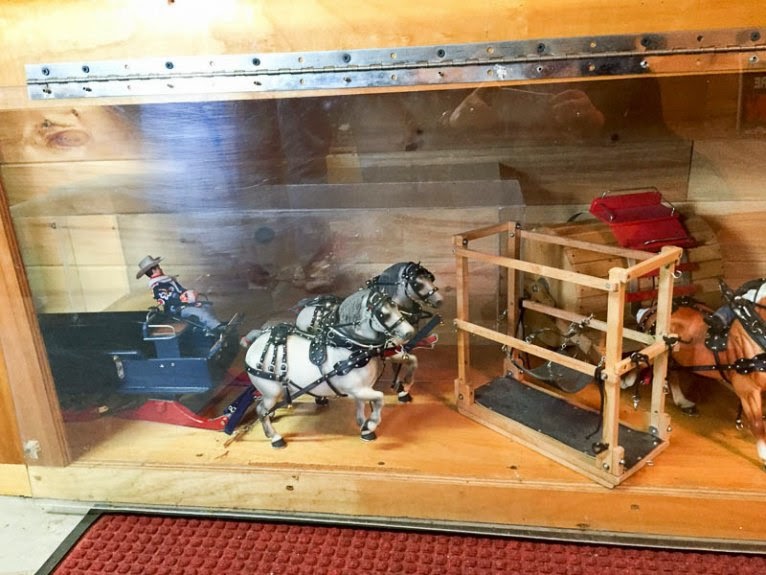 but he wasn't afraid to go smaller. 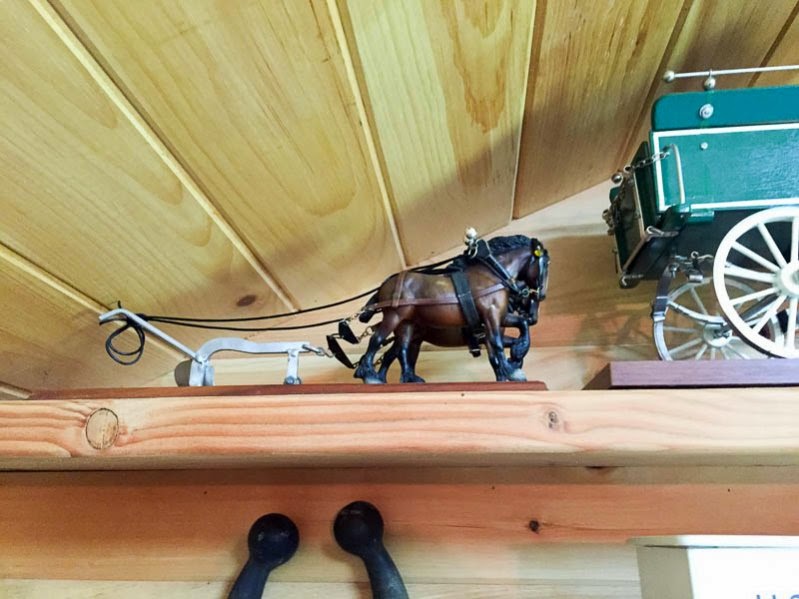 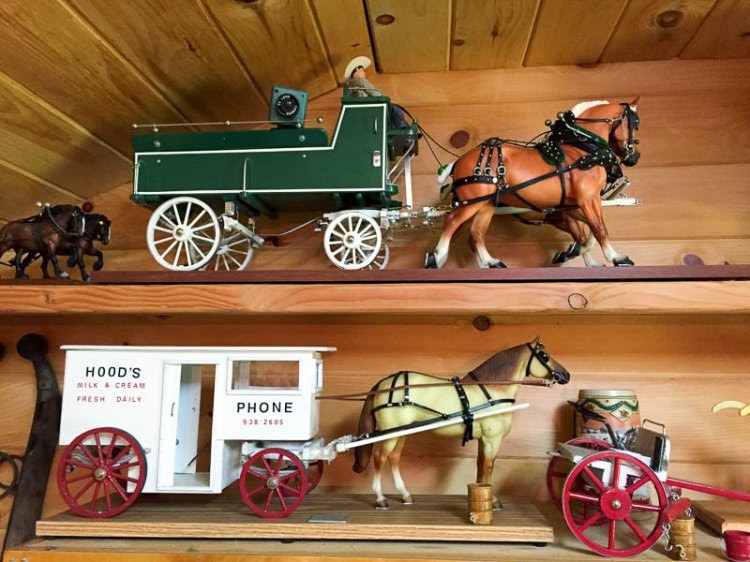 and harness was different. 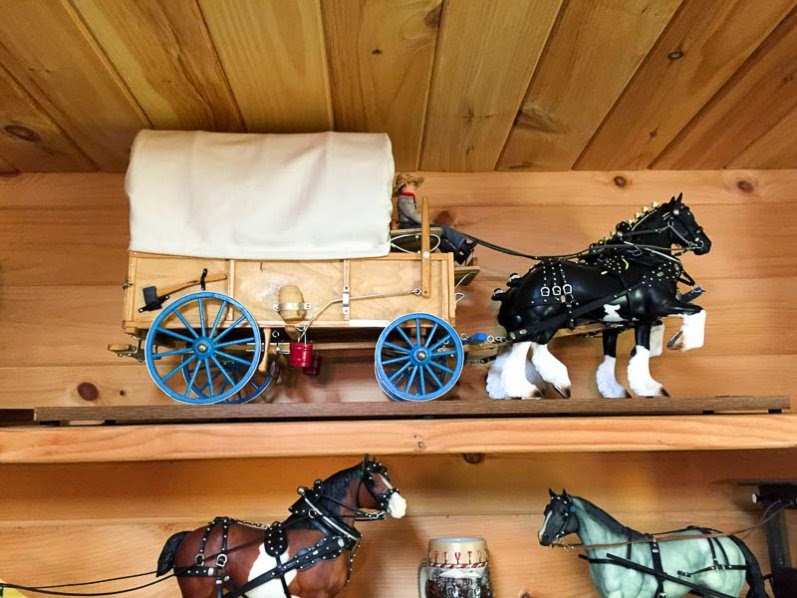 This is a Snow Roller. When people traveled by sleigh (before cars, for you whippersnappers out there), it was the road crew's task to take their team through the snow and pack it down with a huge, heavy roller so that sleighs could pass over it easily. I wouldn't have wanted that job - as neither man nor beast! 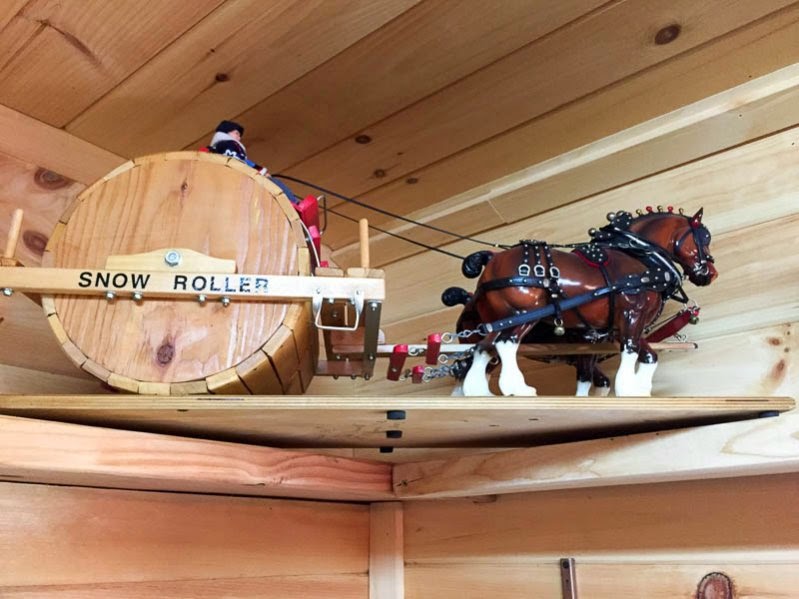 Do you know what this is? It's a hearse! He built a little coffin for it to carry, and Philip tells me that there's actually a doll inside the coffin! 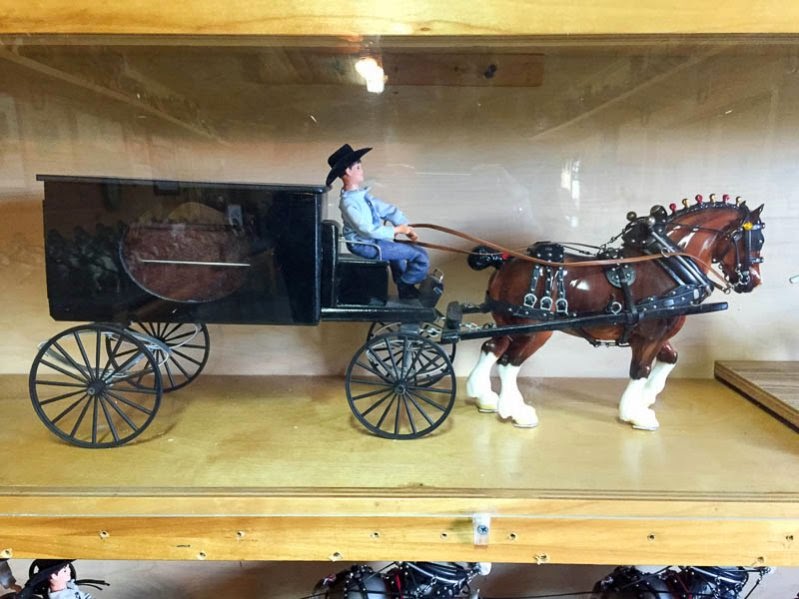 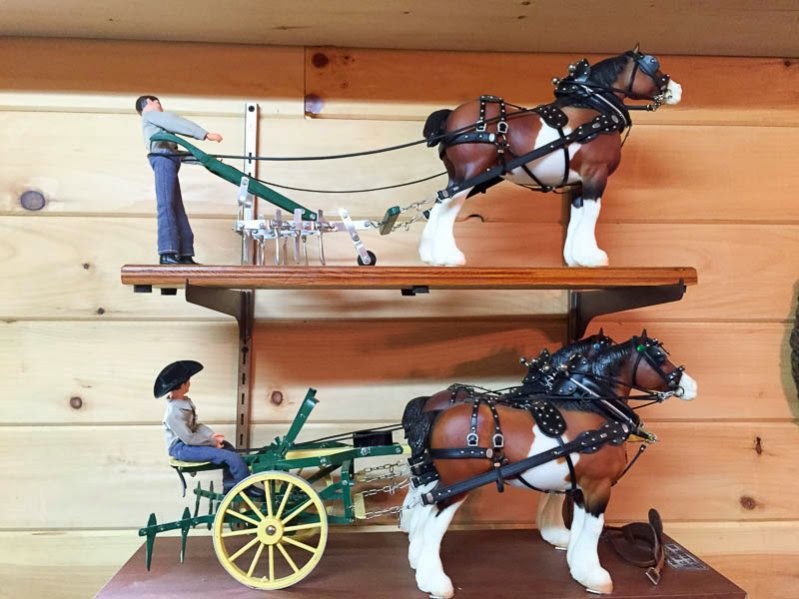 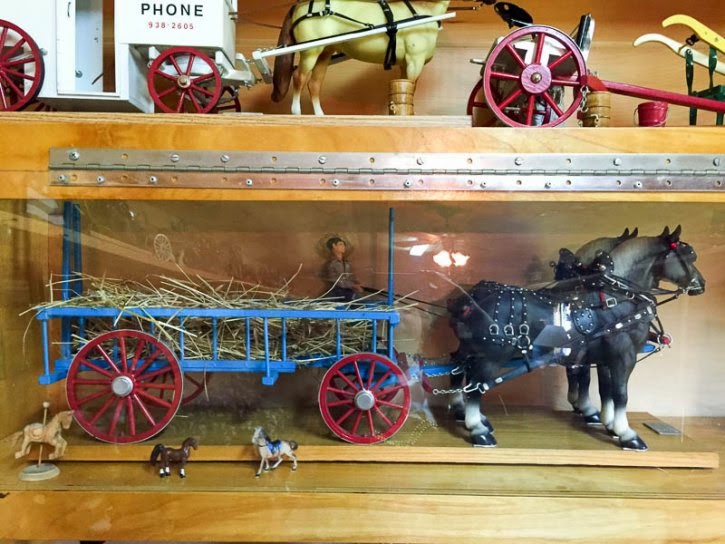 This guy's pulling a V-Plow with wings. It's just like a plow truck of today, just one horsepower! 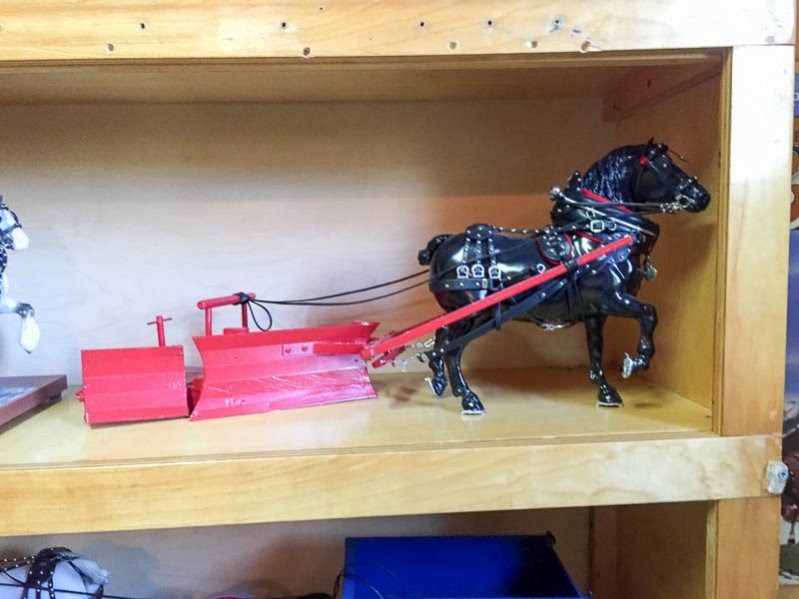 This is a Dump-body Wagon aka Manure Spreader. 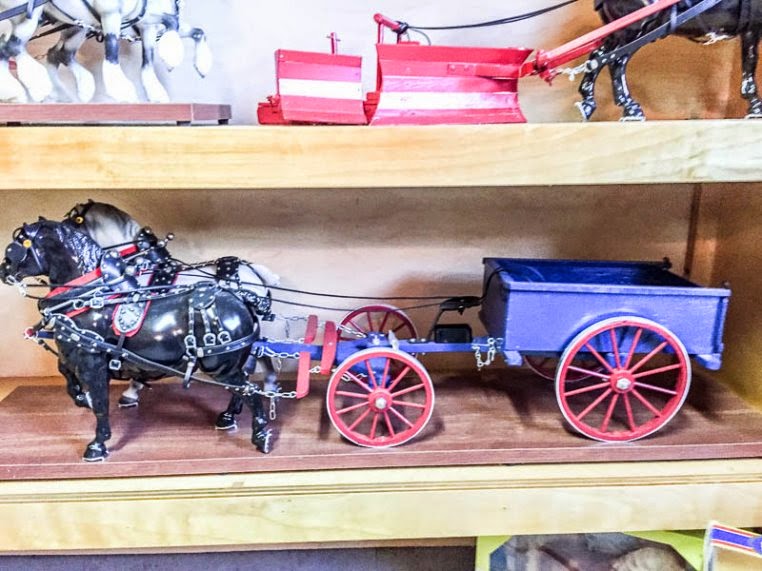 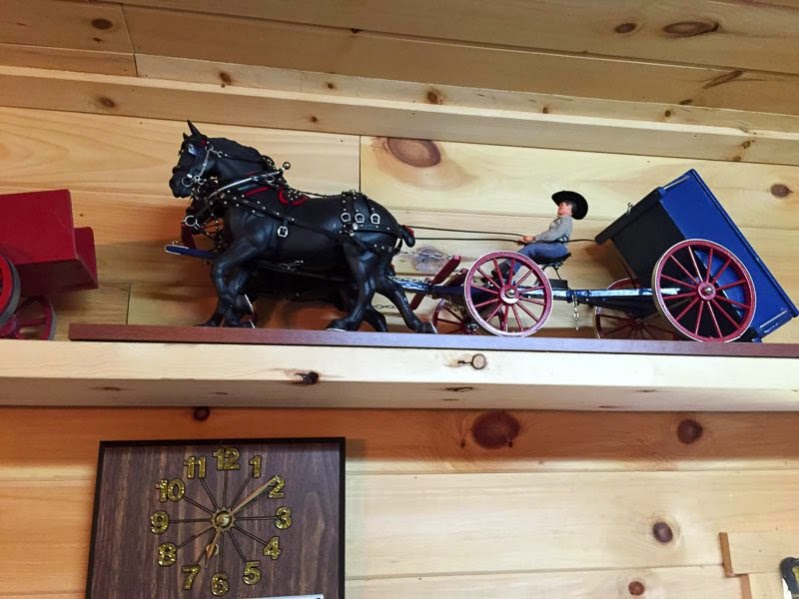 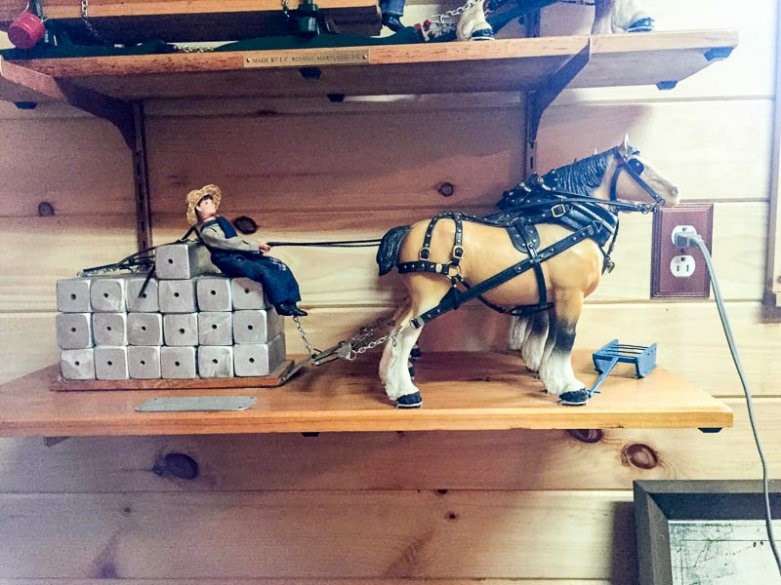 The Belgian on the top shelf  is pulling a delivery wagon labeled "Hay and Grain."  The Clydesdales are hitched to a winter-fitted log skidder with skis instead of wheels. 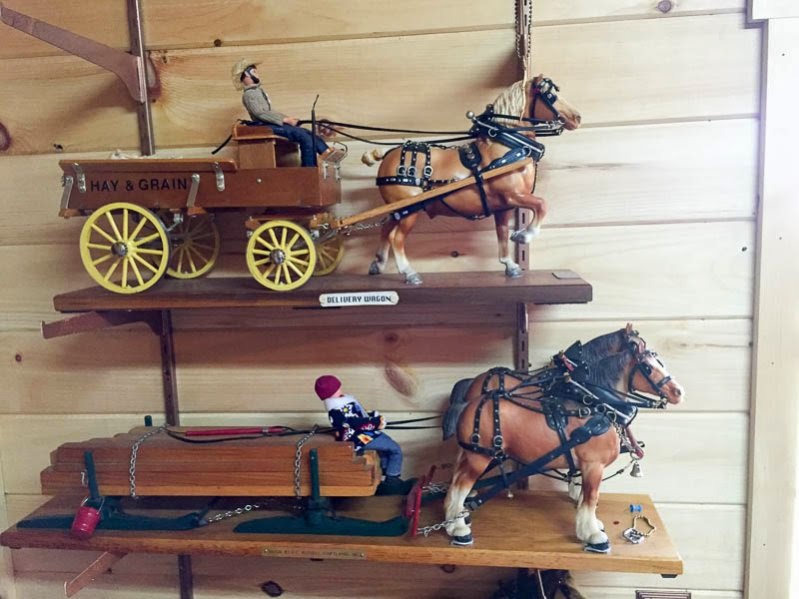 Here's another skidder.  This one is transporting firewood (shorter logs, stacked sideways). 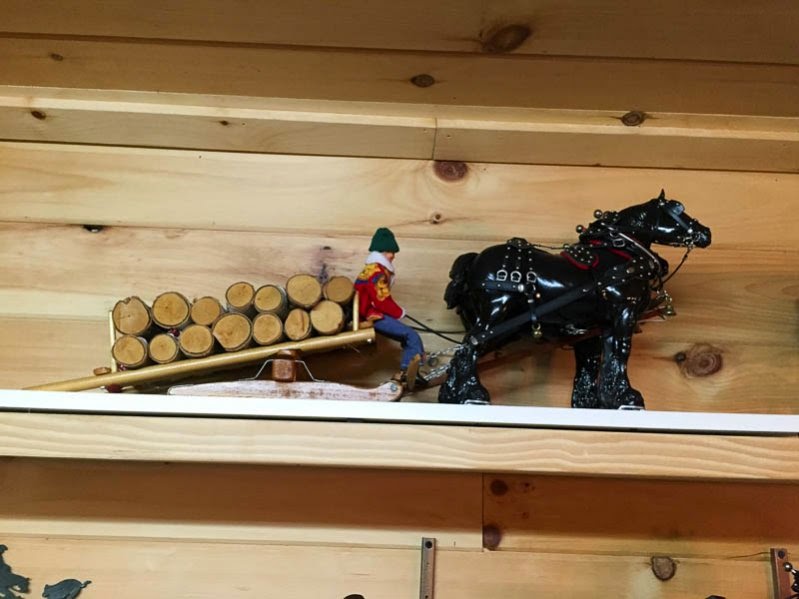 Top is labeled "Jigger Wagon." You can guess what it's hauling. 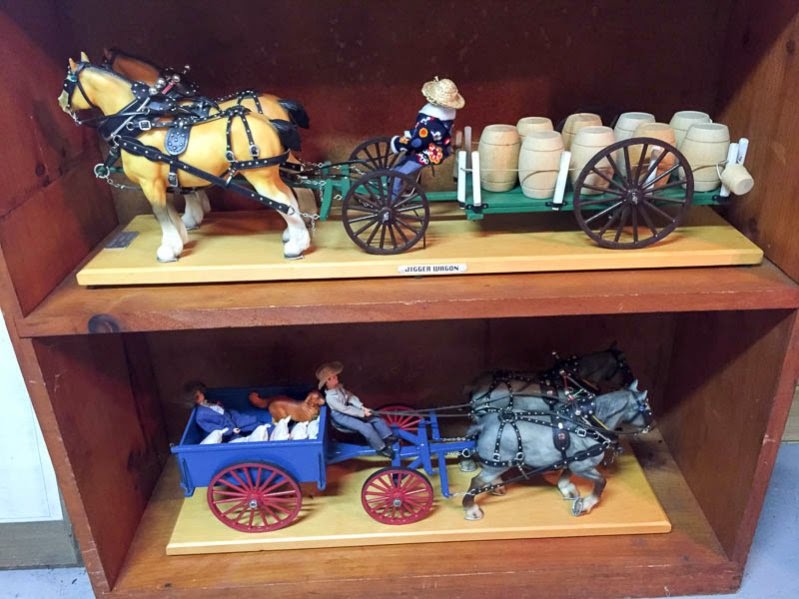 Another of my favorites (despite that it's pulled by Roys), this is labeled "Salomander" "Granite Hauler." It's a rugged wagon with heavy duty wheels designed to carry serious weight, and has a winch in the back that would be used to lift granite blocks into the body. (Granite usually weighs around 100 pounds per cubic foot, so both wagon and team had to be rugged.) 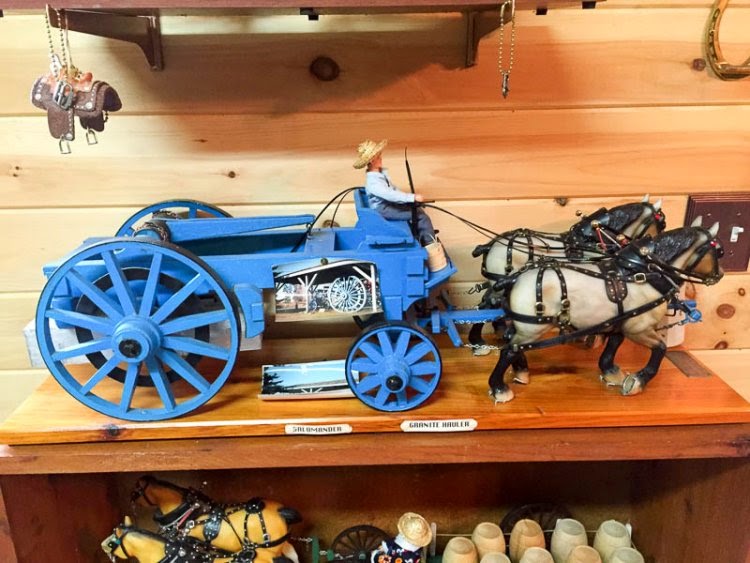 Although the museum is filled with draft horses... other breeds are represented. 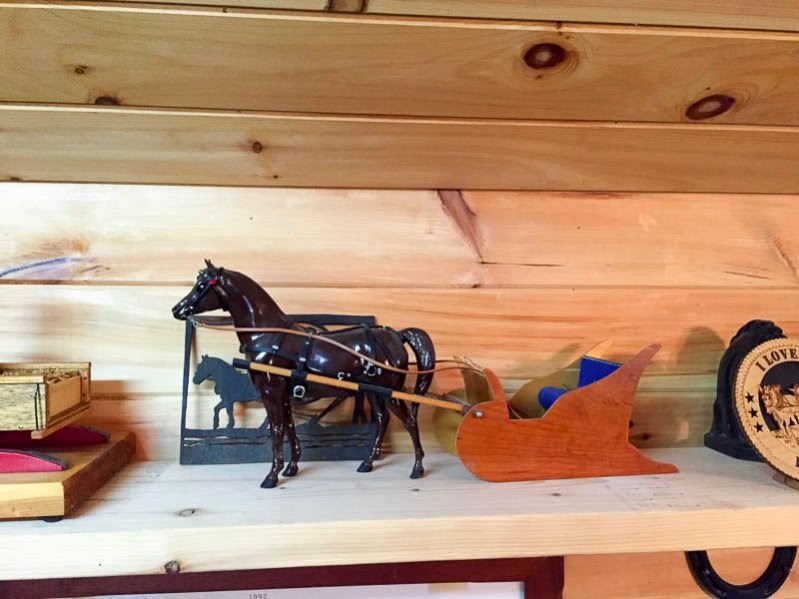 This Quarter Horse is hitched to a hay rake... 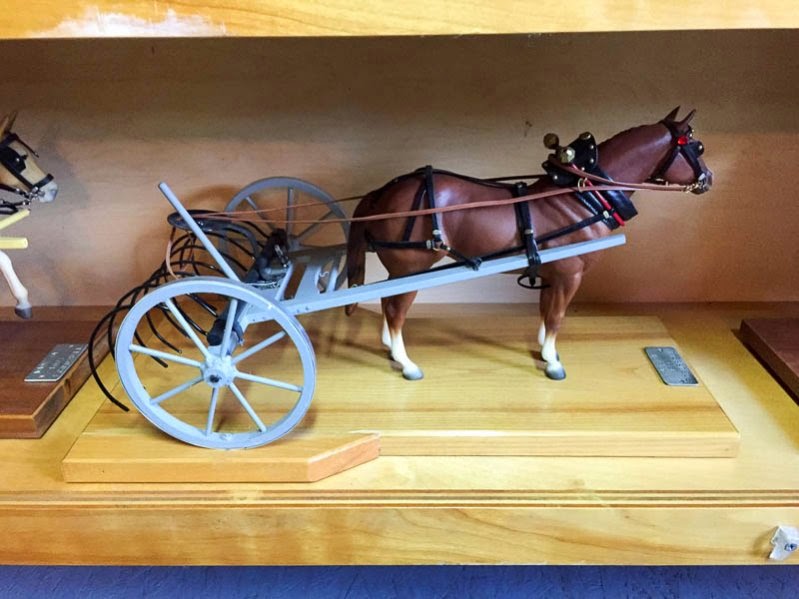 and these mules are pulling a cultivator. 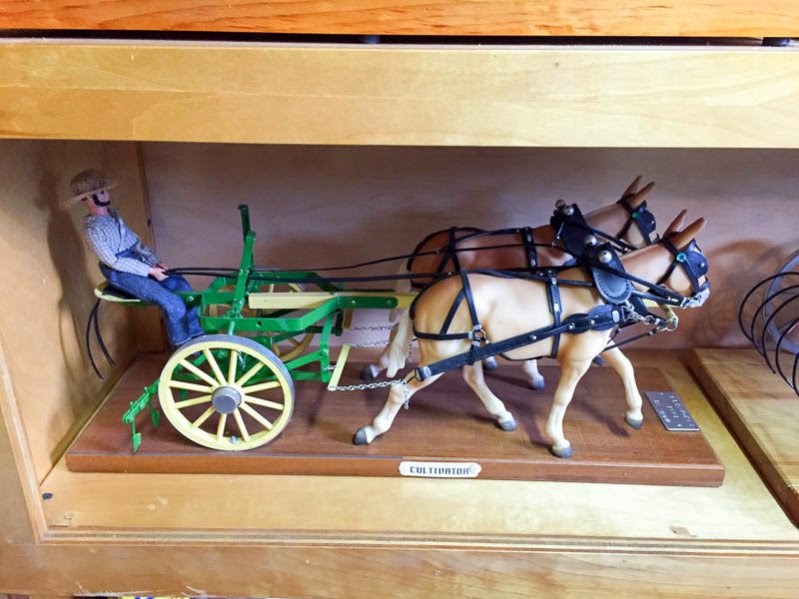 Yep, even Friesians were invited to work. These guys pull a small road roller. 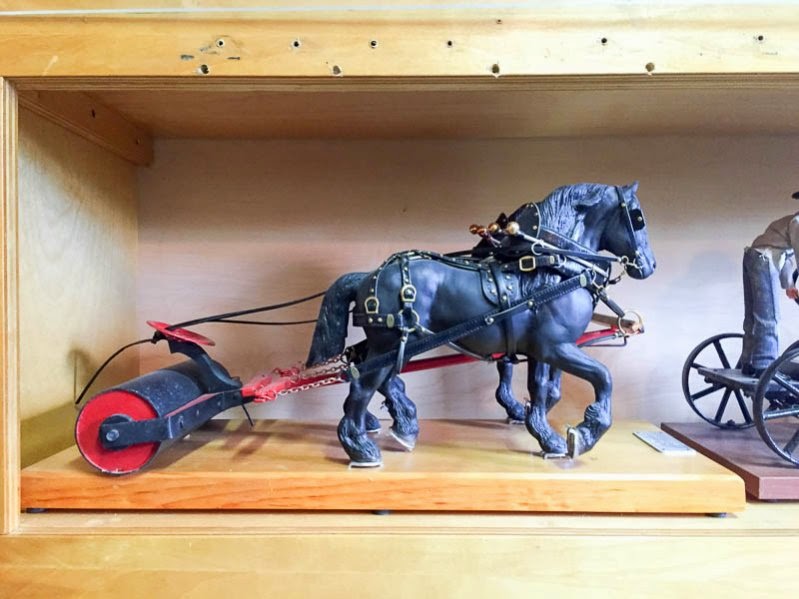 Clair's son Philip said, "There are only two horses that I don't like the looks of in here. This is one." (Rough And Ready was the other.) "Why'd they make him that color?" I just shook my head and said, "We'll never know." 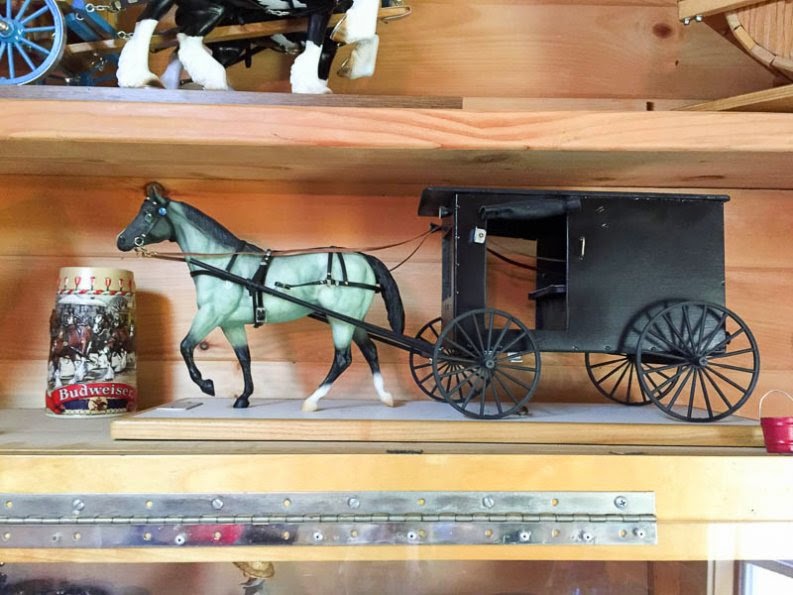 Is this all a bit overwhelming? Here, sit and rest a minute. 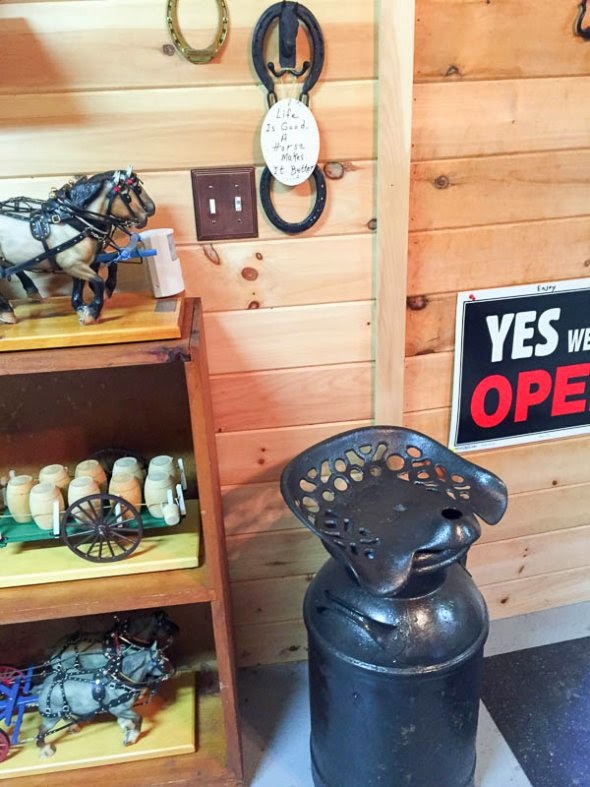