Looking back, there have only been three times when I really, seriously prepared for a performance show.  The first was Lone Star Live in 2006 and the last was Rocky Mountain Rendezvous in 2010.  In between those was Nancy Dement's Wild Wild West Live Show in 2007.  Here are my pictures from that day.

This was one of my early performance stars, Bitesize.  He was a Breyer companion donkey customized by me and painted by Jean Sorensen with added white markings by me. 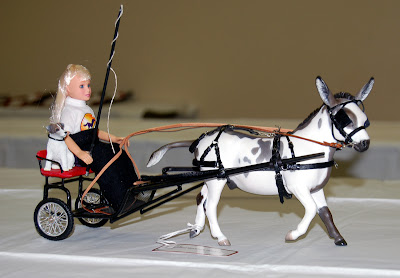 Bitey was really fun to show in the Other Performance classes, and ended up being the Champion of that division. 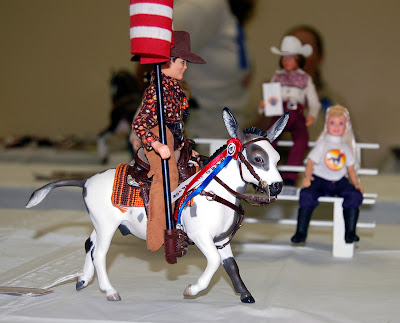 Teresa Buzzell was judging performance so I thought it would be fun to show my Flicker of Sunshine in the English classes.  This Stone Pony is a portrait of Teresa's real horse, Flick. 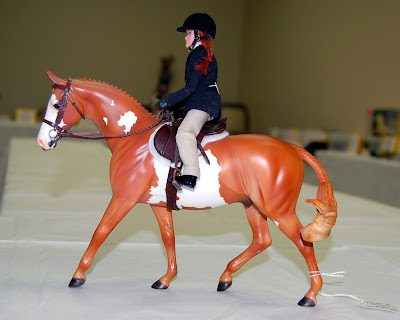 This was my English Games entry. 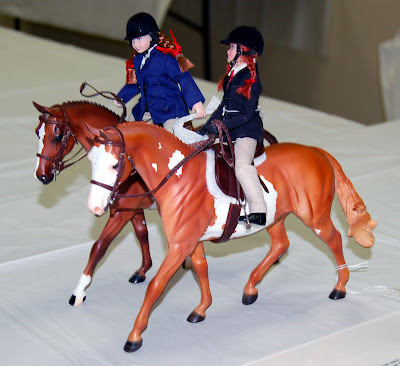 Like Bitesize, Flicker of Sunshine ended up with a division champion rosette. 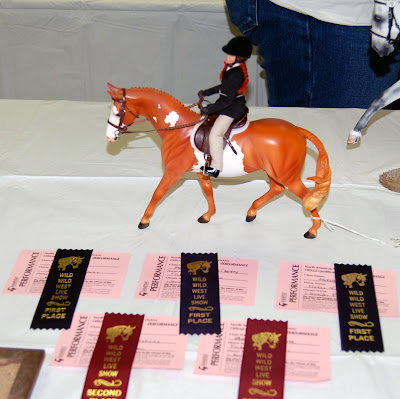 I showed two horses in Western.  The first was Plain Brown Wrapper, a Chris Nandell Flint Whiplash resin painted by her. 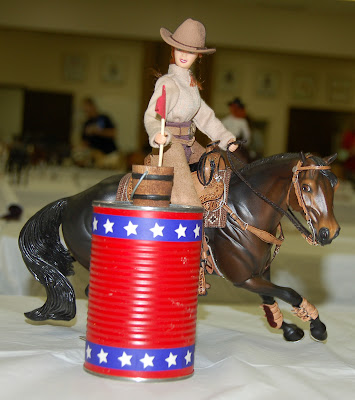 The other was my very first Purdy horse, Dun Up Purdy.  I bought this guy on eBay before I had ever met Tiffany. 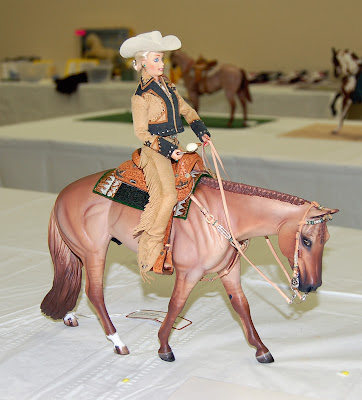 Flicker of Sunshine made a cameo appearance in Purdy's Other Western class.  Purdy is ponying Flicker to the ingate... 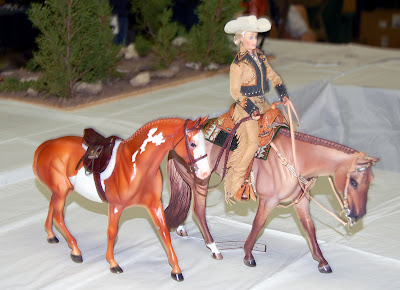 where his child waits! 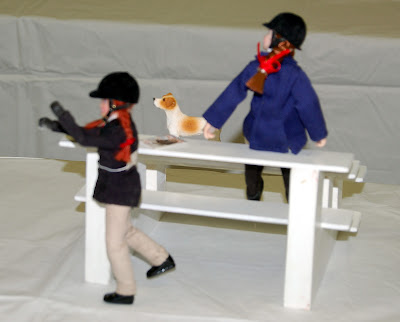 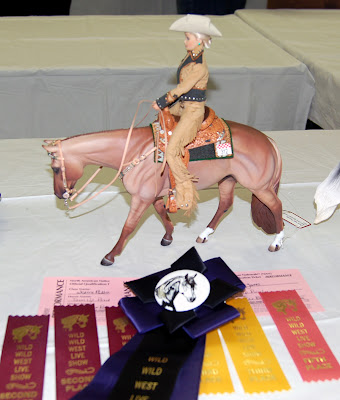 I also had a good day in the halter classes.  I was particularly pleased when Sweet Side won the Foal Championship.  I bought this little girl from Simrat Khalsa as a half finished project pony.  Simrat had done the customizing and some of the paintwork.  I picked up where Simrat left off and this is the result! 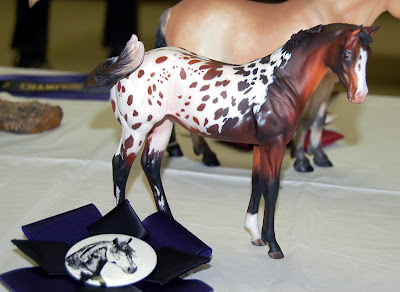 Also worth mentioning--this show had a Tack Challenge class.  I entered a pony dressage saddle I'd made specifically for this event, and it was awarded first place. 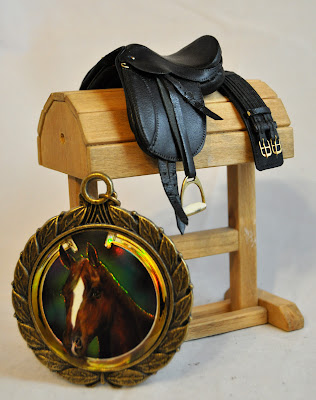 I felt a little sheepish about that because honestly I thought Lu Heater's entry was better.  I do still have the first prize medallian, though! 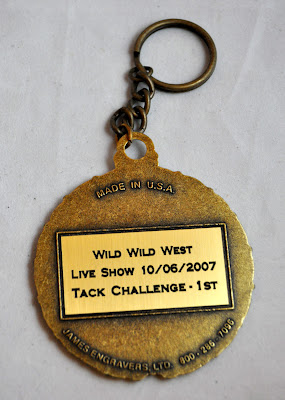 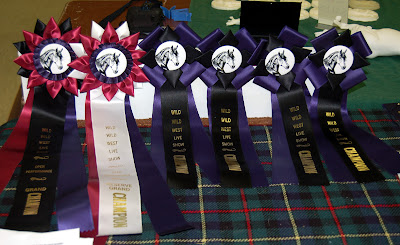 Well, that was a fun trip down memory lane.  Hopefully in five years I'll look back at the 2012 High Plains Live with the same kind of happy nostalgia!
Posted by Braymere at 11:08 AM