As of a couple hours ago, my kids are on spring break.  In anticipation of the long and busy week ahead, I spent most of today running errands and doing all the things I won't be able to do while they're out of school.  This didn't leave me a lot of time or energy for blogging, so today I'm dipping into my big box of really old hobby stuff.

This Mini-Tack "catalogue" dates back to the late seventies or early eighties.  Despite the poor picture quality and the brief product descriptions, this little flyer really made an impression on me.  I vividly remember how exciting it was to imagine so many different types of tack. Who knew such things existed?  My friend Sarah and I spent long hours debating which items we wanted the most. 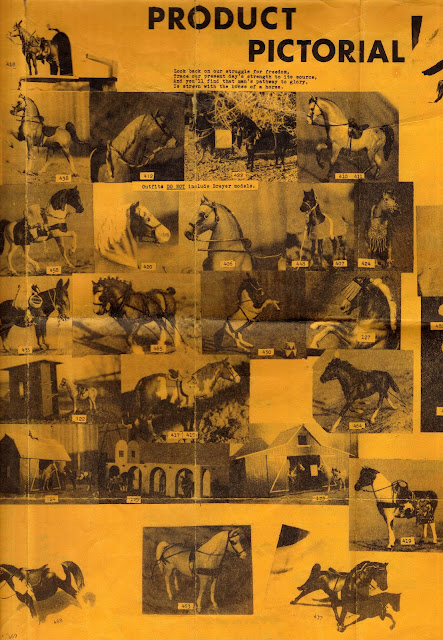 Ultimately, however, we never managed to place an order.

Some twenty years later, I read a posting on Haynet about Mini-Tack.  I don't remember the specifics, but the gist of the piece was this--the writer had placed an order with Mini Tack but the items were never delivered. 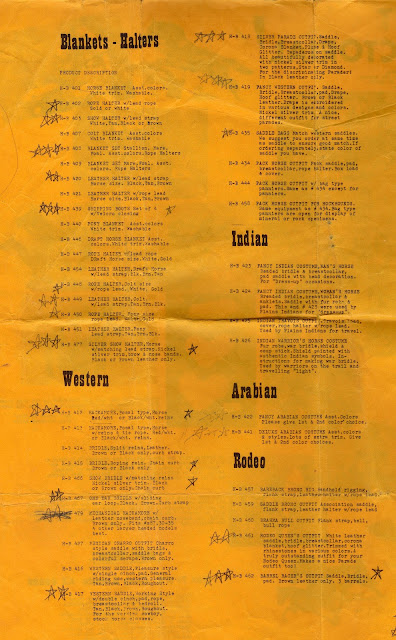 Even though my only real connection to Mini-Tack is this one little catalog, I was strangely disappointed when I read that. 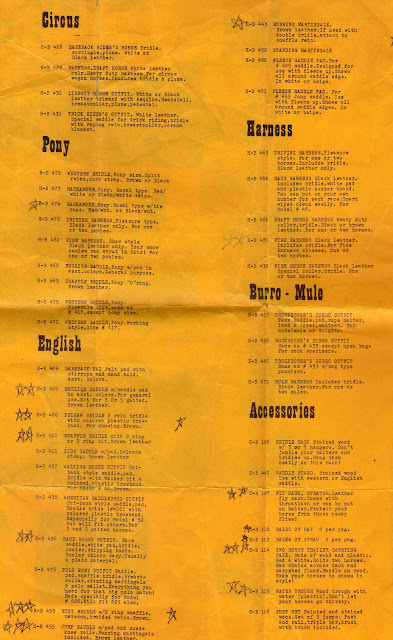 After all, Mini-Tack was the "gateway drug."  I may not have used it myself, but it opened my eyes to the possibilities.  Once I'd been exposed to it, my life was never the same.

P.S.  I tried my best, but Blogspot's default photo viewer won't let me make the pictures large enough to be readable.  To view them at full size, left click on the photo and select "open link in new tab."  Go to the new tab and click on the photo to enlarge.
Posted by Braymere at 5:47 PM