The evolution of the hobby cow

Twenty years ago, there were two main types of hobby cattle.  The first was the remade Breyer calf.
These were ok for roping...
but a bit small and babyish for cutting.
The other option was a hand carved wooden cow from Donna Fischer.

These were advertised in all the hobby publications of the day.  They weren't terribly realistic, but the price was right and they came in all sorts of poses without the age and size issues of the remade Breyers. 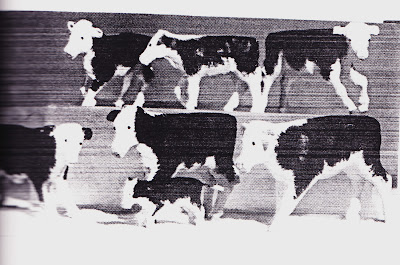 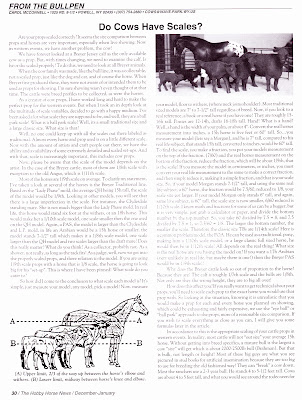 Carol McConnell (now Herden) came along and changed everything! 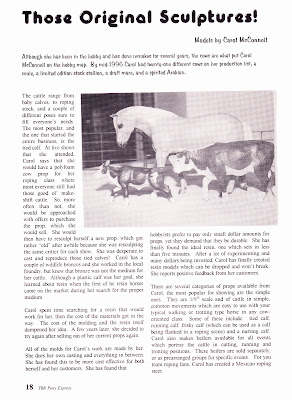 Even though I had yet to attend a live show, I knew a good thing when I saw it.  Carol's cows were so much better than the remade and wooden cows.  I gathered my pennies... 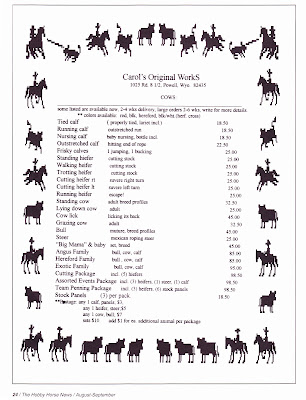 and ordered a tied calf, 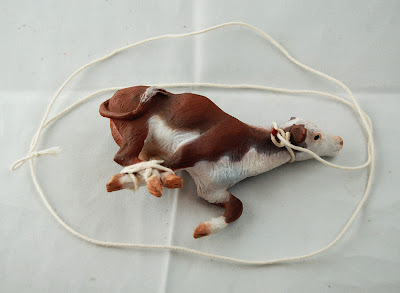 a running calf,
and a running steer. 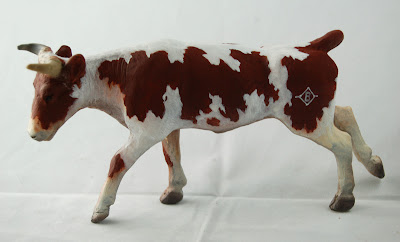 I've got my money's worth out of the calves, but the steer has yet to see the inside of a show ring.  However, online research indicates that Emma is a better candidate for team or steer roping than she is for calf roping.  I really want to add some cattle classes to her repertoire so today I dug up that old steer.
Unfortunately, that which was state of the art in 1994 is looking pretty rough by 2012 standards.  I really don't need another Emma project, but this guy's issues are impossible to ignore. 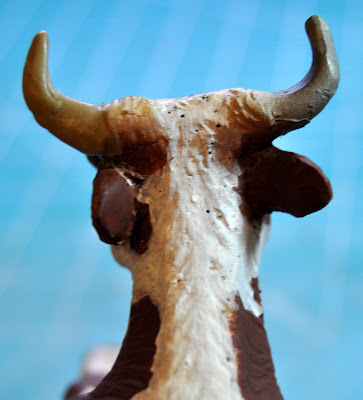 I know a lot of people would say, "He's just a prop.  He doesn't need to be perfect," but you know, that's not the point.  I bought this guy because he wasn't just another prop.  He was new and exciting and so much better than all the hobby cows that had come before him.  He was never intended to be mediocre, and I'm looking forward to helping him regain his former glory!
Posted by Braymere at 6:01 PM