One of my favorite things about getting a new model horse is choosing its name. I am an unabashed word nerd and I love naming things.  In  fact, I suspect this is one of the main appeals of blogging--every day I get to name a post.

The highlight of my naming life came during the summer of 1989.  That was the year I worked at the Don K Ranch, a guest ranch located in the San Isobel mountains west of Pueblo, Colorado.   The Don K owned just fifteen horses which was not nearly enough to accommodate the fifty to sixty riding guests who visited the ranch each week.  To make up the difference, they leased a revolving string of horses from an outfit called Sombrero Ranch.

This was not a unique arrangement.  Sombrero Ranch owns literally thousands of horses, which they rent to guest ranches, summer camps and livery stables throughout the Rocky Mountain region.  It's definitely a quantity over quality type of operation, and we went through nearly one hundred and fifty horses looking for fifty safe, sane and reasonably sound mounts for our guests.

None of these horses came with names.  Sombrero identified them solely by the numbers branded on their butts.  That's efficient but not friendly.  After all, what guest wants to spend a week riding "2695?"  They needed names and they needed them fast.

It was a name lover's bonanza.

Not that I'm biased or anything, but my roommate and fellow wrangler, Gina and I chose the best names.  This gaited gelding's bald face made him look like a mime.  We named him Marcel. 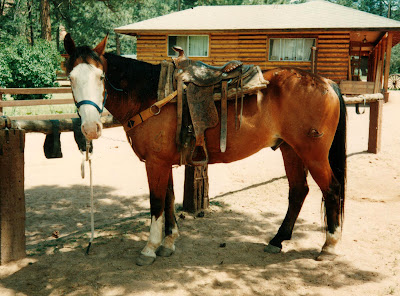 Someone suggested Picasso for the paint, but we decided that was too obvious.  He became Pablo. 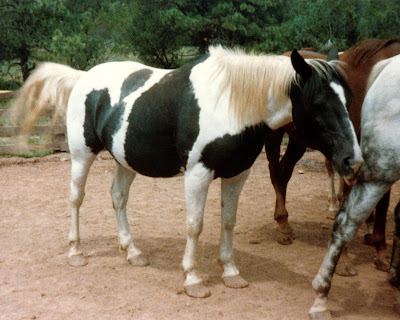 And what else but Frank for this old blue eyed Appaloosa? Some of the other girls favored names with a touch of glamour, such as Abercrombie... 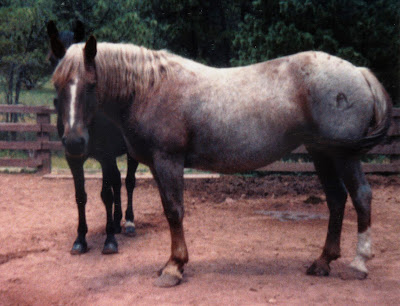 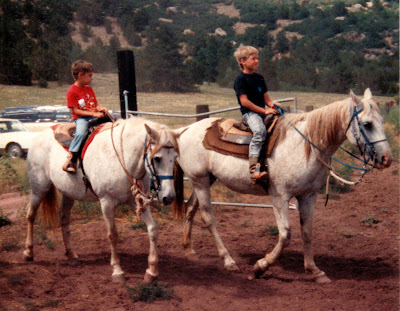 The boys' choices were all over the map.  They started out with traditional Western selections such as Gunsmoke and Colt 45...
but eventually moved on to names that reflected their taste in music... and alcohol. Annoyingly, they also had a tendency to ignore gender when choosing names.  That explains how this dumpy little mare ended up being called Chief... 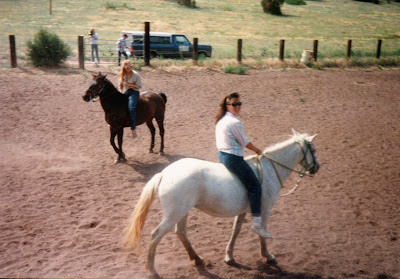 while this mare got stuck with Diablo! 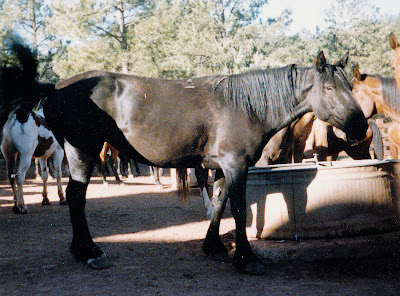 A few of the name debates became rather heated.  Gina and I thought this Appaloosa should be called Himalaya because he was easily the tallest horse on the ranch.  Unfortunately, we were outvoted and he became Joaquin. 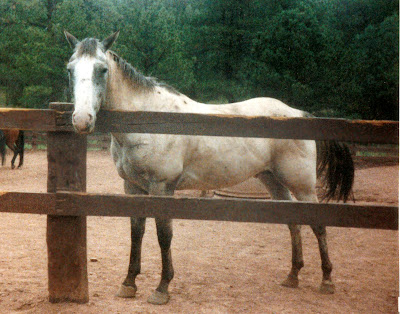 This horse had perhaps the most inexplicable name progression.  He started out as Pet Project and ended up as Cuddles.  It should go without saying that I had no part in either selection! 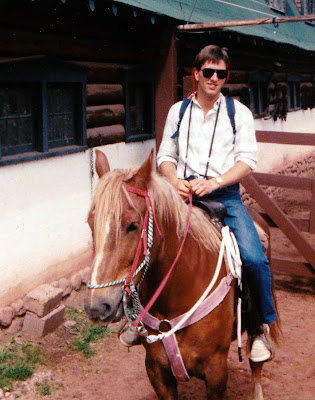 Fortunately, there were a few names that pleased everyone.  This little gelding was a boy named Sioux... 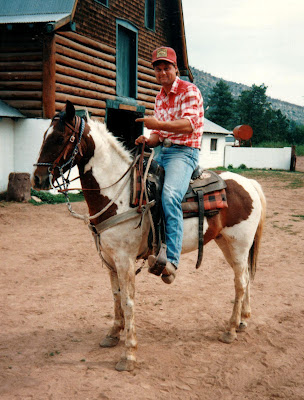 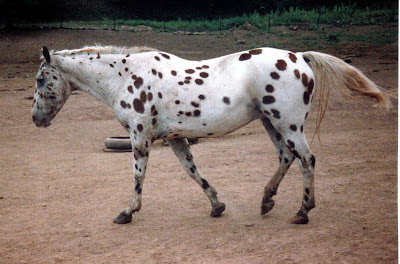 Shamu was a giant whale of a mare--perfect for our plus sized guests!
As the summer wore on and we went through more and more horses, the names got sillier.  How else can I explain Humperdinck... and No Name? 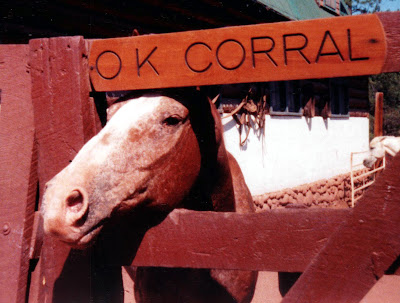 The last Sombrero shipment consisted of just two horses.  I named this one Clyde because he kind of looked like a Clyde. 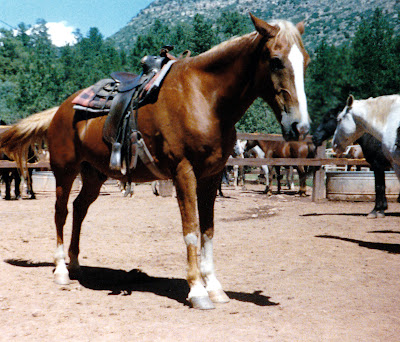 When it came to this pretty chestnut mare, however, everyone had run out of ideas.  We let her first rider, a teenage boy, choose her name.  He selected Ice and that was fine.  Really, by that point, anything would have been fine. 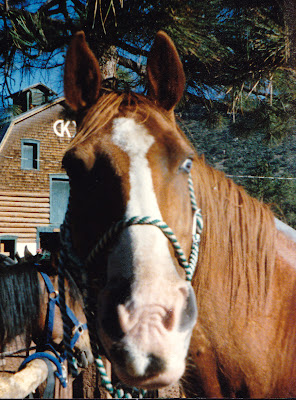 So many horses, so many names....  And although it's hard to believe, there wasn't a Fred in the bunch!
Posted by Braymere at 5:59 PM