I am not usually a fan of steakhouses, but I'm not one to quibble when someone offers to take me out to lunch.  Besides, my parents have been telling me about their new favorite restaurant for quite some time.  It's called The Derby and its location in Arcadia, California is just a stone's throw from Santa Anita Racetrack.  According to my mother, it's filled with "horse stuff" and she was sure I'd like it. 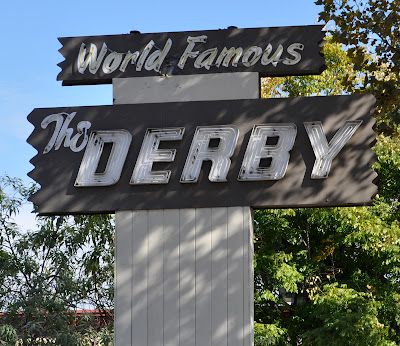 The outside was nice... 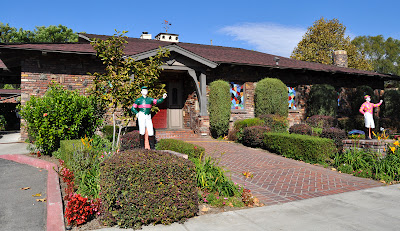 but how did I know there'd be lawn jockeys? 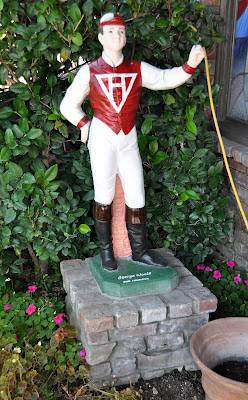 This sign was the first real indicator of what was in store for me.  The Proctor Tavern was established in 1922.  It moved to its present location in 1931 and was bought by famed jockey George Woolf a year later.  He renamed it The Derby and envisioned it as a gathering place for jockeys and race fans. 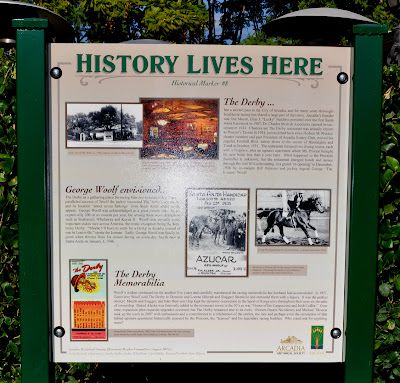 Inside, the walls are covered with racing art, many from George Woolf's glory days. 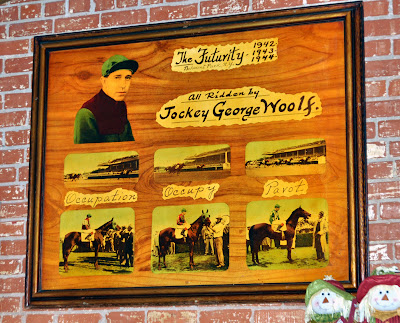 George Woolf's most famous mount was Seabiscuit.  These pictures tell the story of Seabiscuit's most memorable race--the 1938 showdown between him and War Admiral. 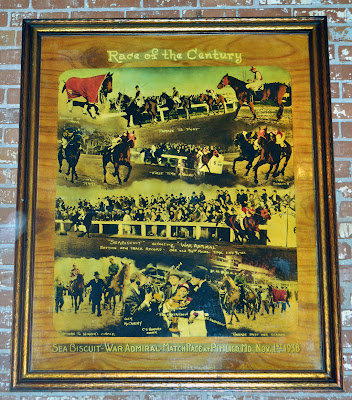 Of course there were some newer pictures, too, including this one of the 2006 Kentucky Derby winner, Barbaro. 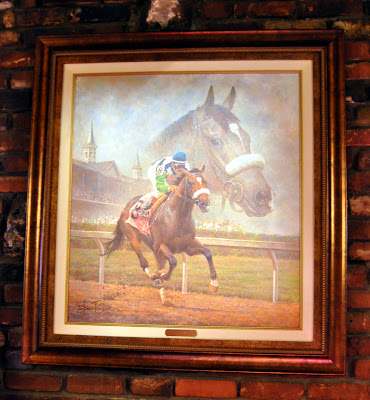 Even better than the art, was this small but mighty museum of horse racing memorabilia. 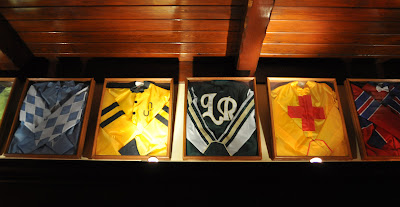 Of course my eyes were immediately drawn to the Laffit Pincay/Affirmed shelf. 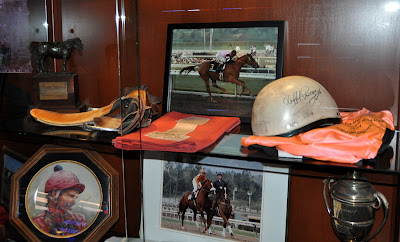 Squee--those are the silks wore while riding Affirmed to victory in the 1979 Hollywood Gold Cup! 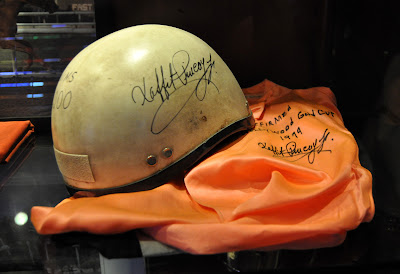 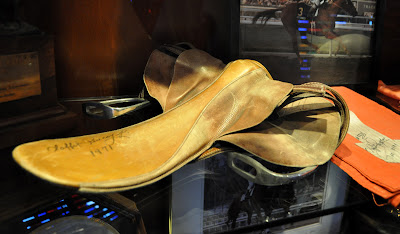 Other items included the boots worn by Victor Espinoza during War Emblem's victory in the 2002 Kentucky Derby, 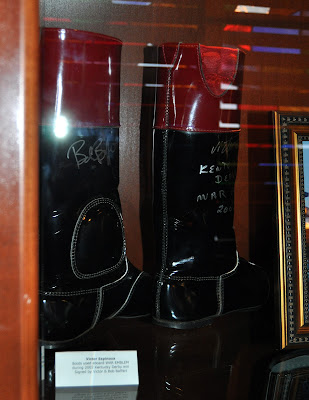 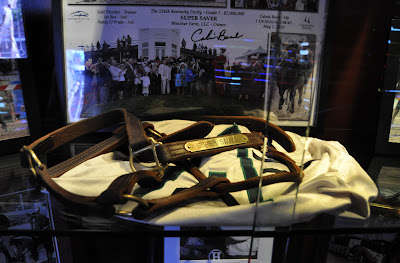 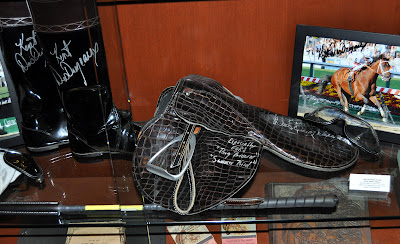 a saddle used in the move Seabiscuit, signed by Chris McCarron and Gary Stevens, 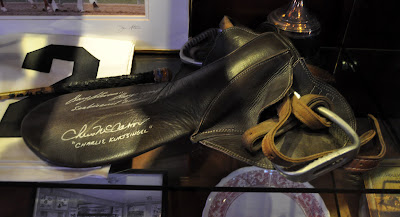 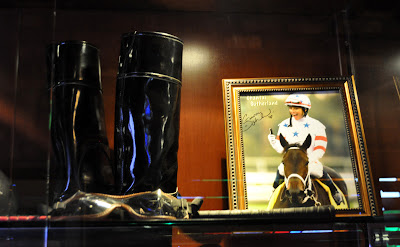 and a whole section devoted to Zenyatta and Mike Smith. 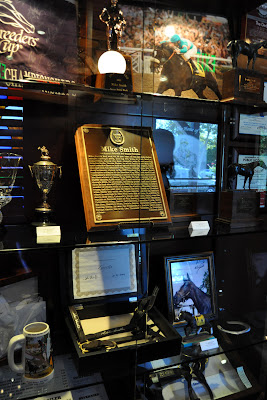 As I was admiring Zenyatta's halter... 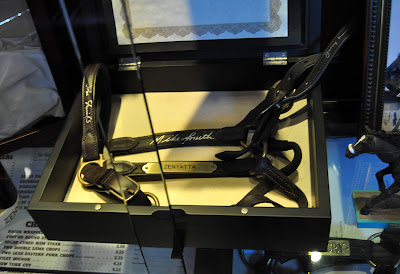 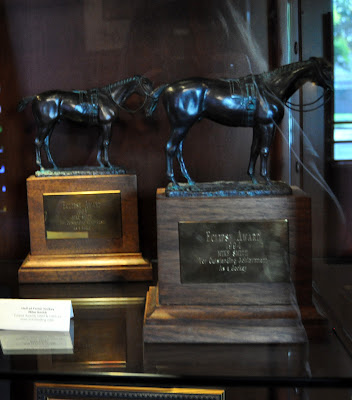 the hostess told me, "Mike Smith is in the lounge right now."  Naturally, it wasn't long before Carol and I were in the lounge, too! 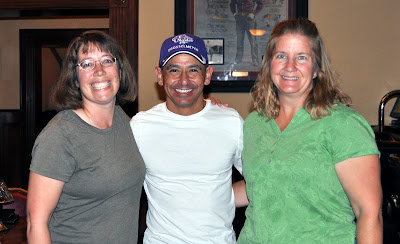 So it should come as no surprise that my parents' favorite restaurant is now my favorite, too.  Thanks for taking me to The Derby, Mom and Dad.  That was a most excellent lunch!
Posted by Braymere at 2:14 PM