In the spring of 2002, I was an overwhelmed, stay at home mom with a two year old who didn't nap and a newborn who didn't sleep through the night. My husband was still establishing his career and worked long hours for low(ish) pay. We lived in a tiny, rented duplex in a marginal neighborhood, and I had no time or space to call my own. I was in desperate need of something wild and exciting and completely unrelated to babies. 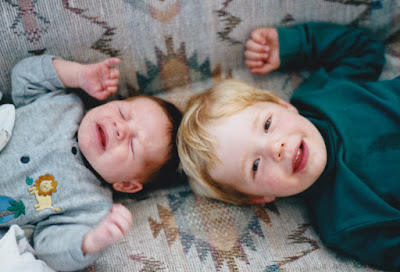 What I needed was War Emblem. 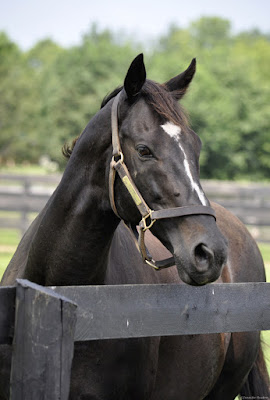 War Emblem burst onto the 2002 Triple Crown scene with a commanding, wire-to-wire win in the Illinois Derby. He followed that up with another front running victory in the Kentucky Derby and an off the pace win in the Preakness. 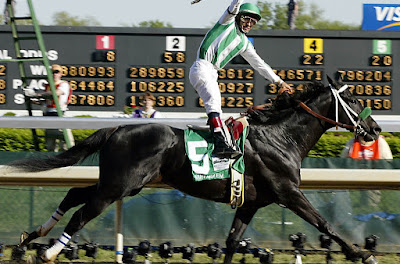 Nicknamed "Hannibal Lector" by his trainer, Bob Baffert, War Emblem was not a sweet and cuddly horse. He bit, he didn't rate and he'd quit if the race didn't set up in his favor. 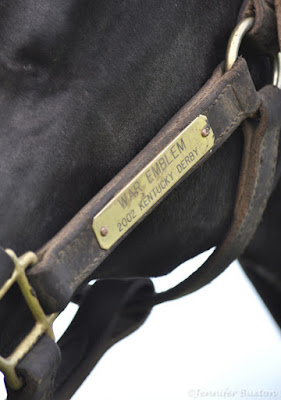 That's exactly what happened in the Belmont. He fell out of the starting gate, got trapped behind a wall of horses, ran off with his rider and ultimately finished out of the money. 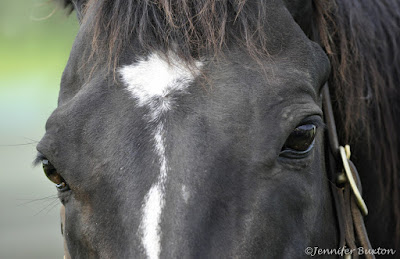 I was deeply disappointed, but it didn't make me love him any less. Win or lose, War Emblem was an uncompromising, wild thing who did everything on his own terms. 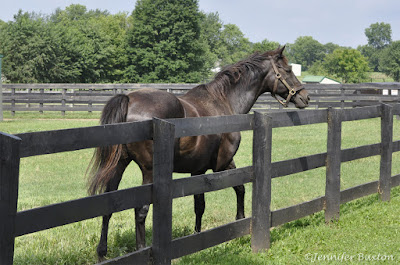 War Emblem was retired to stud in Japan at the end of his three year old year. Even then, he continued to cause problems. He had no interest in breeding, and despite being fertile, fathered just one hundred six registered foals between 2004 and 2011. 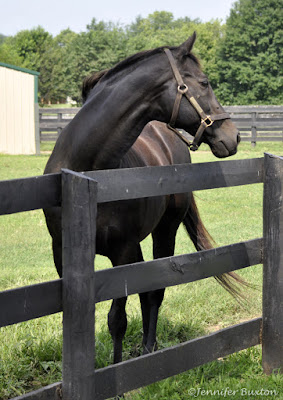 War Emblem was pensioned from stallion duty in 2015, and repatriated to United States. He is currently living at Old Friends Thoroughbred Retirements Farms in Georgetown, Kentucky. 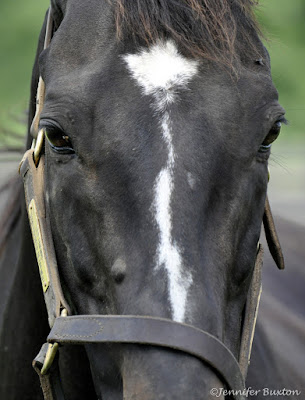 Not surprisingly, he is the only resident whose pasture is enclosed by two fences. Even in old age, War Emblem is not a horse for cuddling. Silver Charm is Old Friends' biggest star, and I was pleased to meet him. However, I was even more delighted to set eyes on intractable, uncompromising War Emblem. 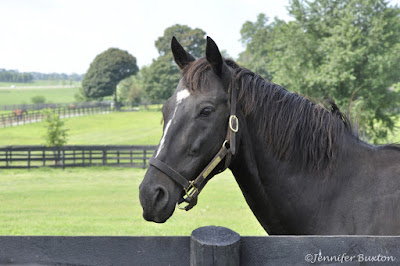