I grew up half a mile up the road from a large public boarding and lesson stable.  Not surprisingly, Eaton Canyon Riding Club was ground zero for most of my equestrian "firsts."  It's where I petted my first horse, took my first riding lesson, rode in my first show, jumped my first jump...  Well, you get the idea!
The stables are long gone.  They were bulldozed sometime in the late 1980's, but I still feel compelled to visit the remains whenever I go home.
The top of the driveway almost seems the same. 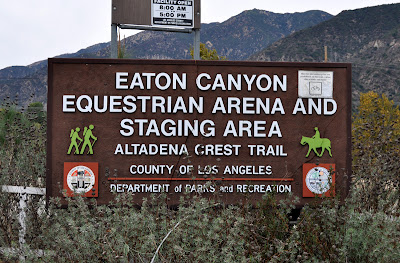 The old gate is there, perhaps with an original sign. 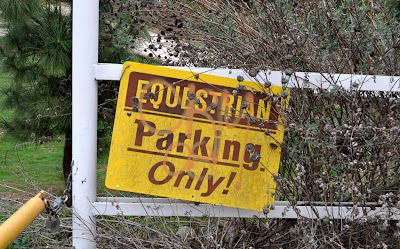 Beyond the gate, however, things are remarkably different. 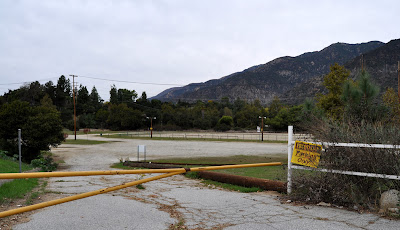 Granted, there is also some empty space, but I can't help but wonder:  How did so much fit in so little? 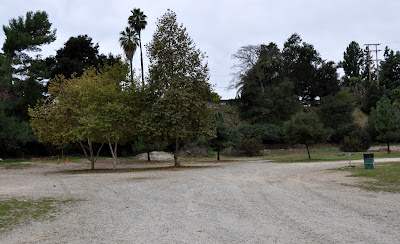 I don't have any pictures that show ECRC in its entirety, but this one comes the closest.  It was taken in early 1986. 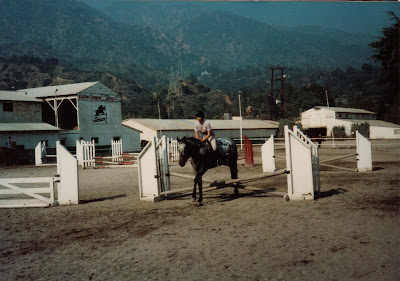 Eaton Canyon has changed, too.  There's a lot more foot traffic than there used to be, and all the trails are signed. 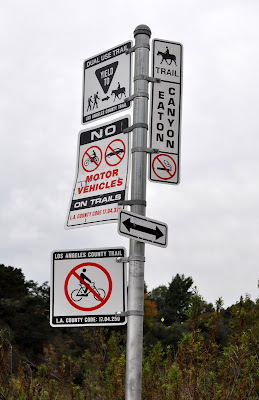 But there's still that hill where an over-eager Chalk Dust took off with my eleven year old self... 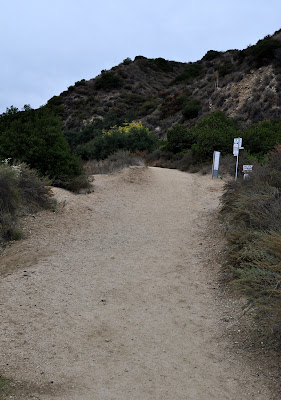 and if you look carefully, you can see the switchbacks that Chalk Dust and I conquered a couple years later. 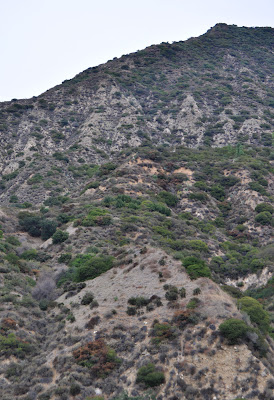 I feel extremely fortunate to have grown up so close to Eaton Canyon Riding Club.  I can't imagine what my childhood would have been like had it not been there, and I wonder where all the little horse crazy girls learn to ride now.
Posted by Braymere at 5:33 PM