My Roundabout resin is a waste mold casting and nowhere is that more obvious than on his extremities.  When I first got him, his hooves were so blobby that he could not stand upright and his ears...  Oh, his poor little teddy bear ears! 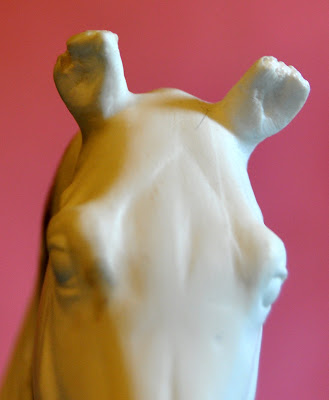 I have been wanting to try out Laura Skillern's ear sculpting method for the longest time, so today I drilled off his nubs and went to work. 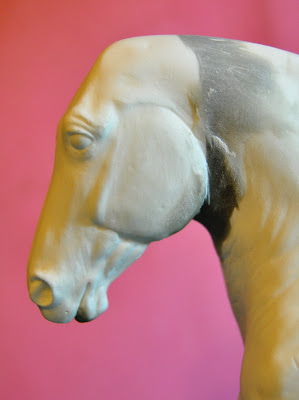 The first ear almost made itself.  The second ear was significantly harder, but all in all, things went pretty smoothly. 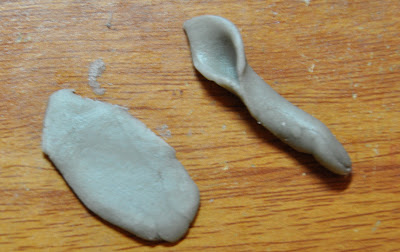 Then the waiting started.   It took most of the day for the epoxy to cure, but finally the ears were ready to mount.  I started with the left... 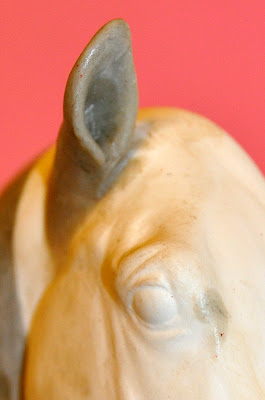 and then disaster struck.  While fiddling with its placement, I dropped the other ear.  I looked and looked and eventually I did find it--with my foot.  Just like that, my perfect first ear was ruined. 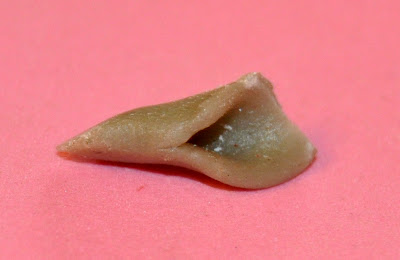 I made another one and now I'm back to waiting. 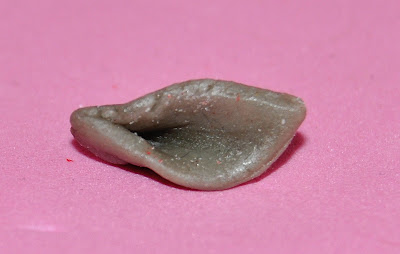 Oh well.  I am having fun even if I'm not accomplishing much.  It feels good to have a really non stressful studio project.  Maybe I'll be back to my normal routine sooner than I thought!
Posted by Braymere at 5:47 PM