Colorado is not known for its tough Custom Halter classes, but you would have never guessed that if your only point of reference was last month's Horses N Hangars Live Show in Broomfield, Colorado. 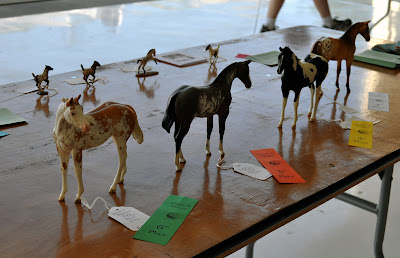 I have no idea where all these nice horses came from! 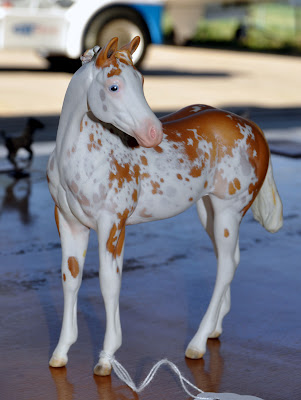 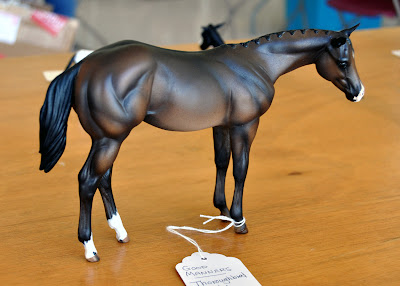 Not certain, but I'm guessing this pair was owned by the mother/daughter team of Christine Holt and Tara Oliver.   Those two have quite an enviable vintage custom collection. 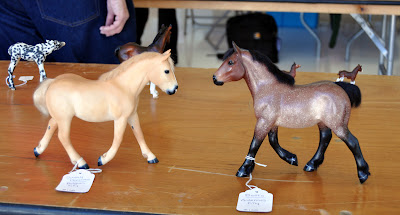 Despite all the tough competition, the Championship went to a familiar face.  This is Scrambellina.  She is customized, painted and owned by Sheila Anderson Bishop and was also Reserve Champion Stock Foal at this year's NAN. 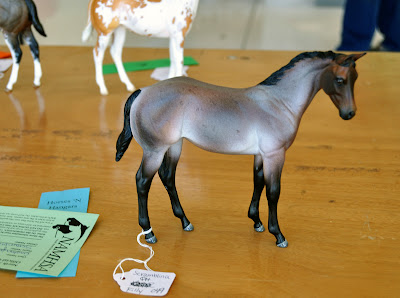 Light breeds were next. 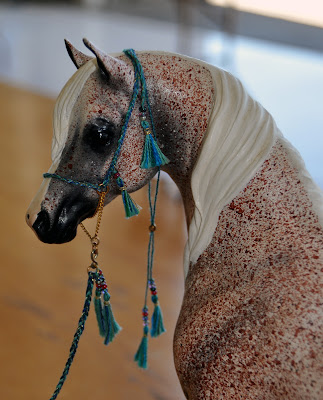 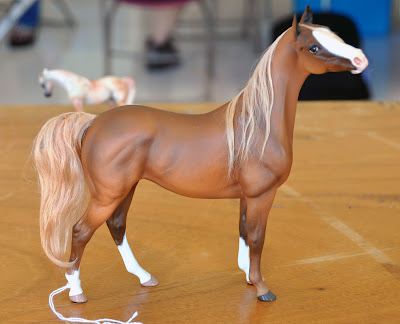 were filled with beautiful newcomers... 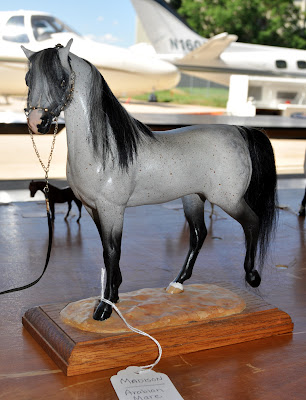 but once again it was an old favorite who came away with top honors.  This time it was my own Nejmet es Subh, a Breyer PAM customized by Judy Rene Pope. 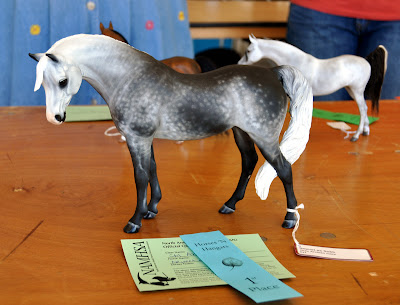 The rest of the Light Division was made up of National Show Horses, 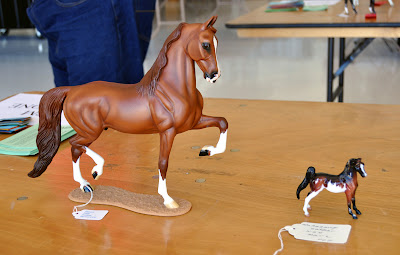 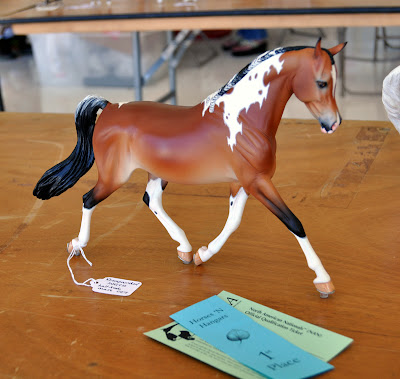 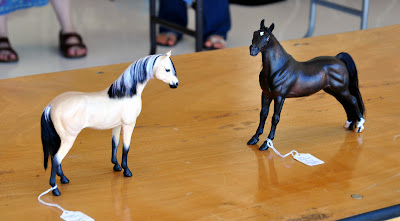 Here's a look at the Custom Light Breed Championship table. 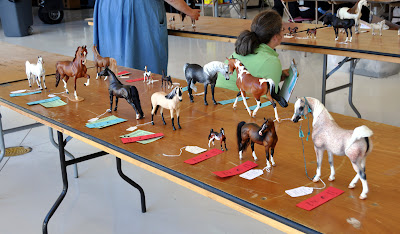 Hurray!  My girls won both titles.  Khompounded Interest was Champ and Nejmet was Reserve. 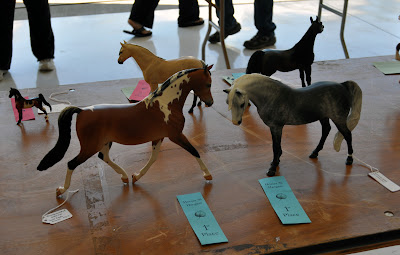 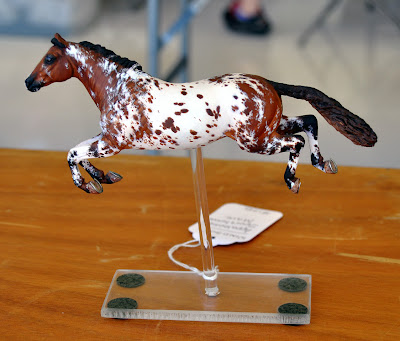 This old guy sure is cute!  I think he's a Capwell, but I'm not certain. 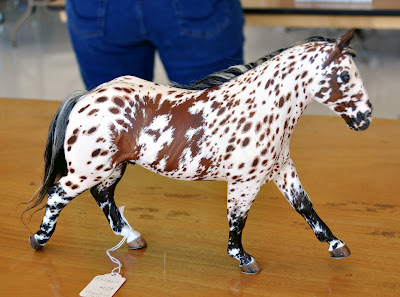 I know this one is a Jennifer Read creation.  His name is Priux and he was Sport Breed Champion.  Kim Lovelace is the lucky owner. 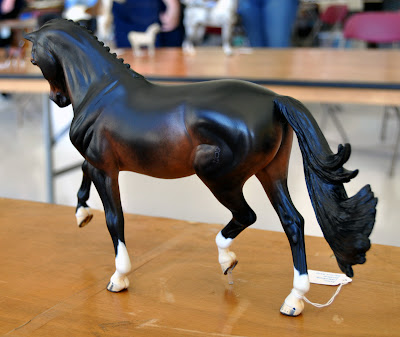 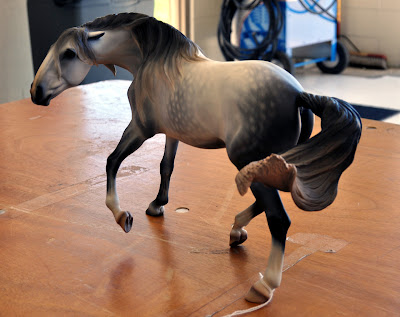 He's a custom Breyer Salinero by Sue Kern.  So cool! 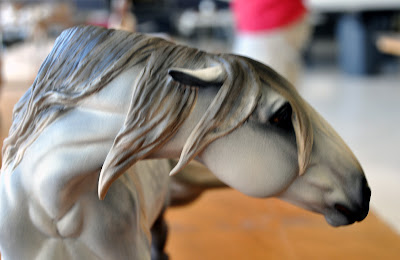 Champion Spanish/Gaited went to this Alborozo painted by Sheila and owned by Teresa Fedak. 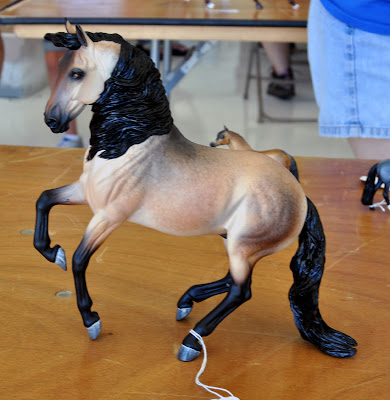 Stock horses, ponies and drafts to follow!
Posted by Braymere at 5:49 PM