I said goodbye to an old friend today.
This wasn't planned.  I am very nearly a black hole collector.  Oh, I prune the OF herd occasionally, but the good resins and customs are here to stay.
And as far as I'm concerned, this is a good custom. 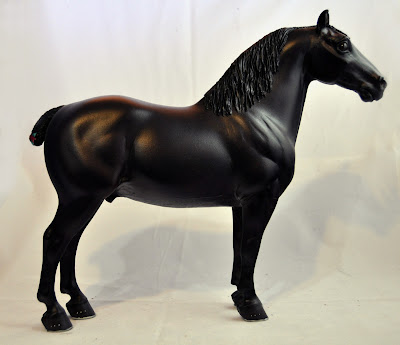 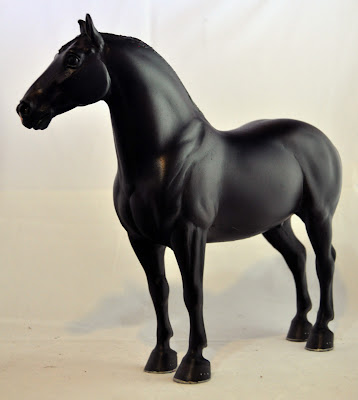 Kohl came to me as part of a long ago tack trade.  I was absolutely giddy about the prospect of owning a Fraley and agreed to make a ridiculous amount of tack to pay for him.   When he arrived, I proudly posted his pictures on Model Horse Blab.  Not long after that, I was contacted privately by another hobbyist.  She told me that she had restored Kohl several years before.  In addition to fixing two broken legs, she'd removed the original (haired) mane and tail, sculpted replacements and redone all the paintwork. 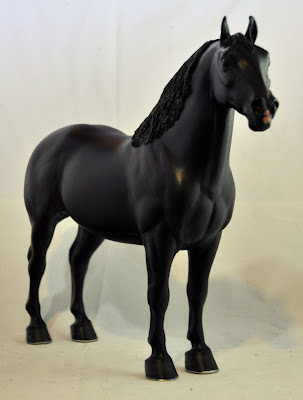 I have to admit, it was kind of disappointing to learn that my Fraley wasn't all Fraley.  Still, I never regretted making that trade.  After all, he's a really neat piece of hobby history. 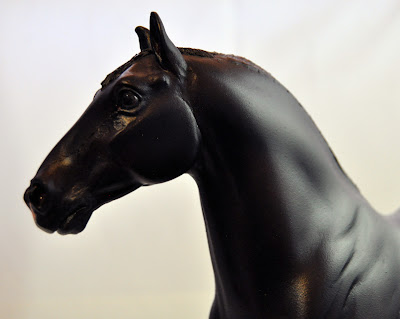 Unfortunately, most of the judges here in Colorado don't agree.  This picture was taken at the Wild Wild West Live Show in 2007.  I think that is the first and last NAN card Kohl has ever won for me. 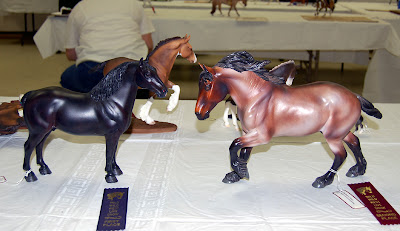 While I was in Illinois for the Show for the Cure a couple weeks back, I couldn't help but notice there were several old Fraley customs in the showring.  Most of them did really, really well.  So well, in fact, that I joked to Tiffany that I ought to give her my old Fraley because he couldn't buy a NAN card in Colorado.
I was kidding.
It turns out that the joke's on me.  I'm still not exactly sure how this happened, but today I mailed Jemez Kohl to Illinois.  Technically I didn't give him to Tiff--it's more like a free lease.  She's been given carte blanche to change all the non original parts (mane, tail, paintwork) and show him for as long as she'd like.  Eventually I expect he'll come back home, and I bet he'll bring a stack of NAN cards with him!
Posted by Braymere at 2:21 PM