How not to ride a rope gate

Rope gates really are deceptively difficult.  They look simple, but riders who attempt to tackle them without a clear plan often come to grief.  Today's photo series show how quickly one short length of rope can completely undo two good riders on two nice horses.  Fortunately, this story does have a happy ending!
This cute faced bay gelding looked a bit spooky as he approached the rope gate which was part of the Handy Hunter course at the Arapahoe Hunt Club's 2011 Point to Point. 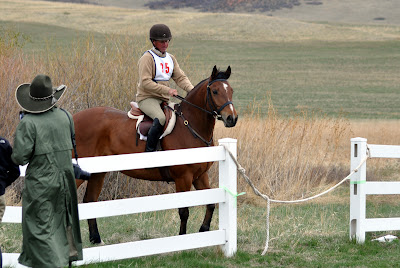 Still, he settled down nicely as his rider opened the gate... 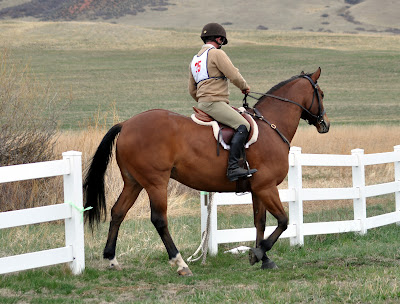 and stood quietly while his teammate passed through. 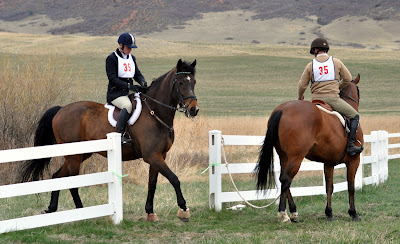 The first hint of trouble came when his rider tried to close the gate. 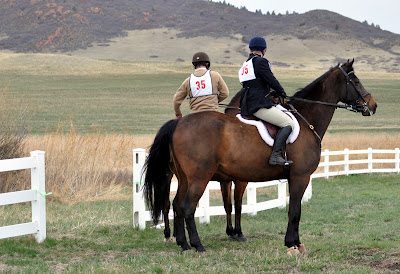 The cute bay backed into his teammate.  Both horses shot forward and the lead rider dropped the rope.  Undeterred, she circled and rode back to the gate. 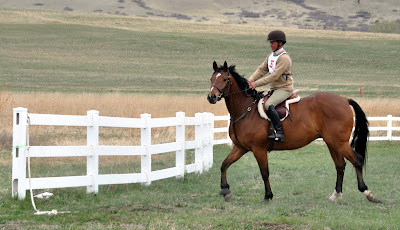 Unfortunately, by this time her horse had decided that rope was a scary monster... 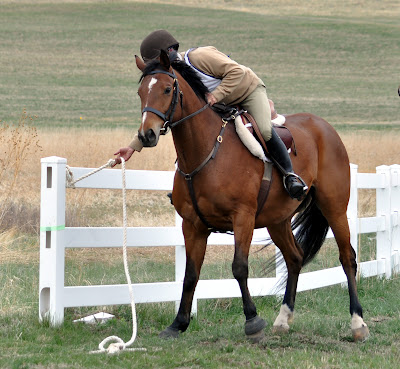 and he was transmitting those beliefs to his teammmate! 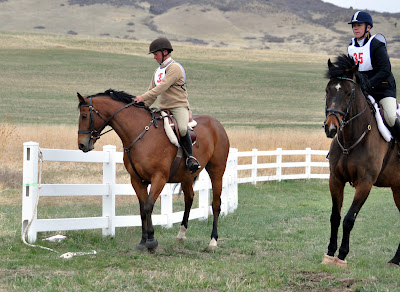 After a brief attempt at the teammate closing the gate... 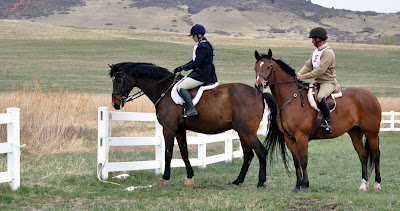 the riders decided discretion was the better part of valor.  The team leader dismounted... 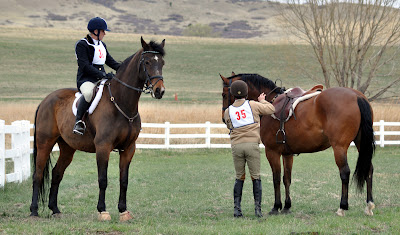 and handed the reins over to her partner. 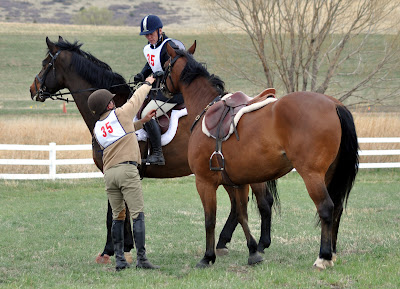 She closed the gate easily... 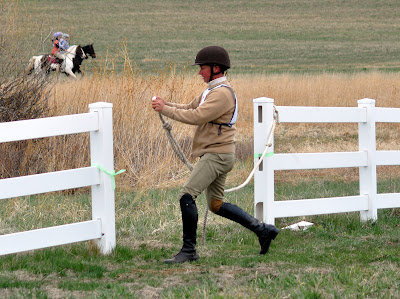 but didn't do it fast enough! 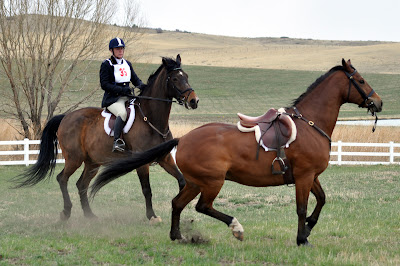 You know where this is going, right? 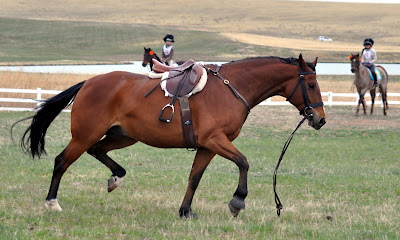 Yup--that's a freaked out horse with his leg through the reins. 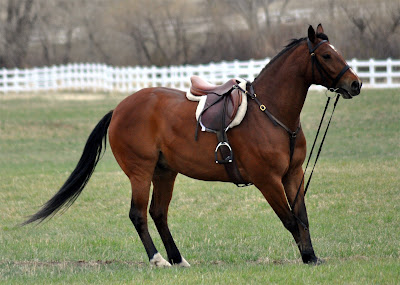 Meanwhile, the team's other half was also experiencing technical difficulties. 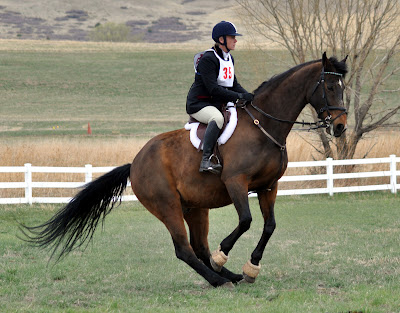 Things were looking pretty bad, but here's the thing about good riders and well trained, sensible horses--they have a way of working through their problems. 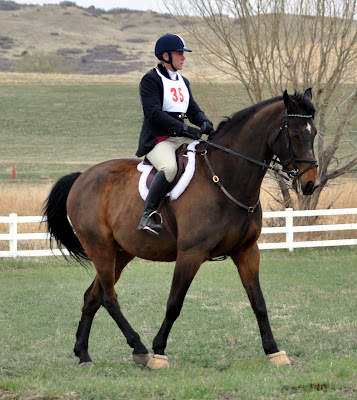 It didn't take long for the teammate to get her horse under control... 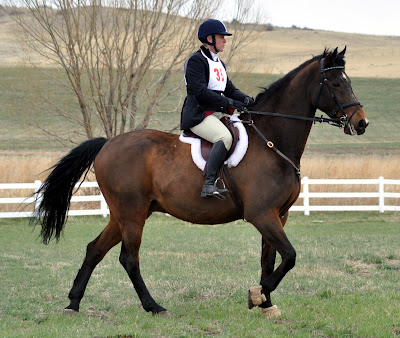 and that cute bay was just as quick to realize that he'd rather eat than run. 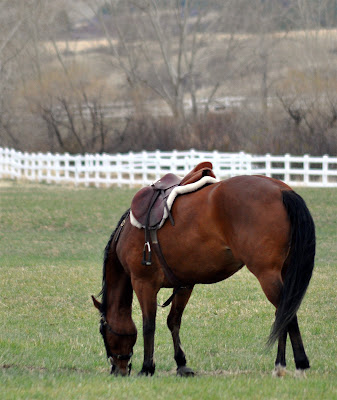 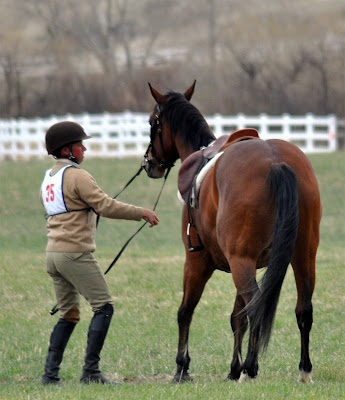 both riders were back in the saddle... 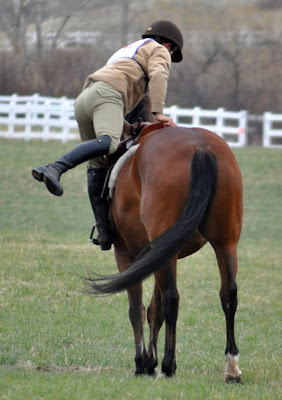 and heading confidently towards the next obstacle.

So, take note everybody, that's how not to ride a rope gate!
Posted by Braymere at 9:01 AM