Handy Hunters at the Point to Point 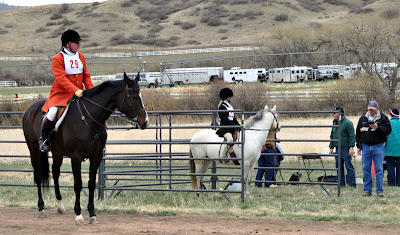 The course was very long and spread out.  Competitors spent most of their time trotting and cantering through open fields... 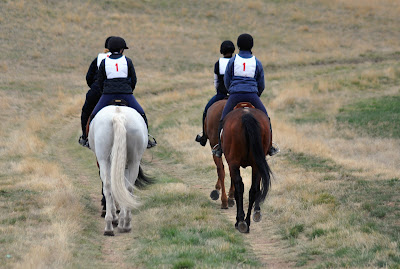 and along fence lines. 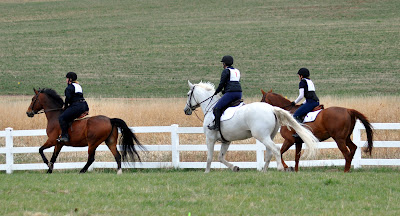 The course included a number of gates.  Some of them were open, 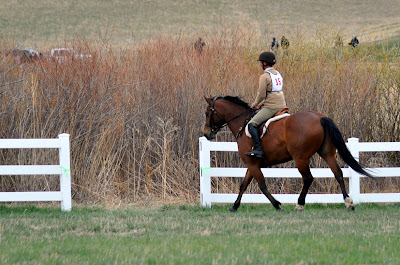 but there was also a rope gate.   This type of gate is a staple of Western Trail classes and the competitors there make it look easy.  Not so at the Point to Point!  Nearly every team struggled with this obstacle.  Here's a look at one of the few exceptions. 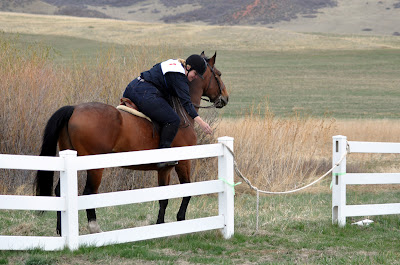 Rather than attempting to work the obstacle like a trail horse, the leader of this team opted to use a simpler (and smarter) approach.  She lifted the rope off the gate and rode forward rather than through. 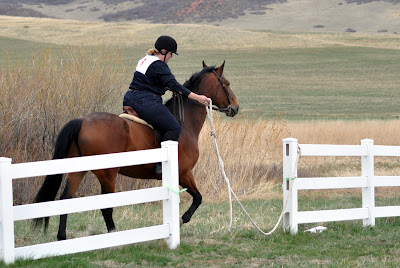 She then looped the rope onto the opposite side of the gate, 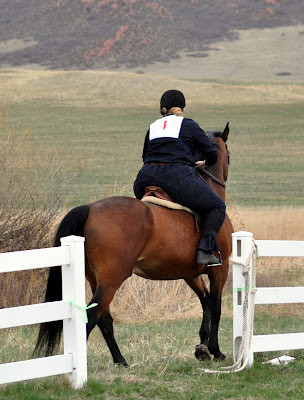 rode through the gate, 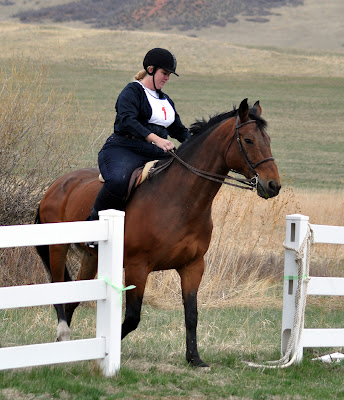 and stood to the side while the rest of her team passed through the opening. 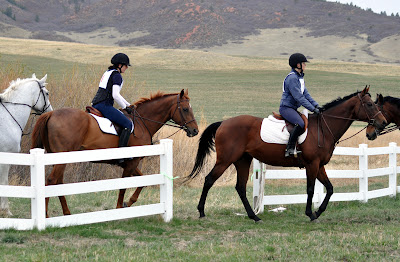 As the last horse cleared the gate, she rode back to the rope... 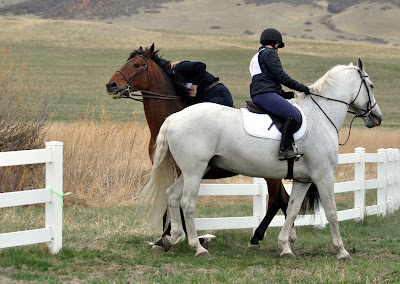 and returned the gate to its closed position. 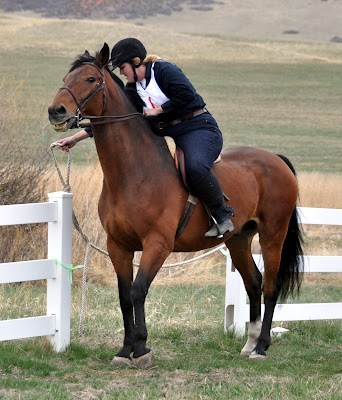 Another one of the hunt field obstacles was the beverage table. 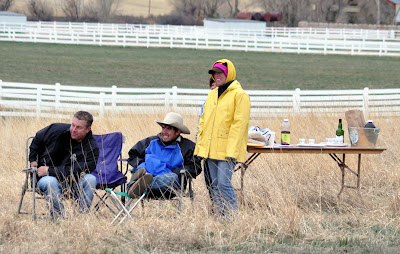 Each team approached the table at their "hunting pace." 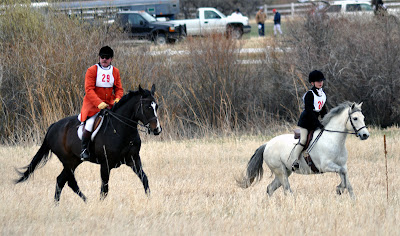 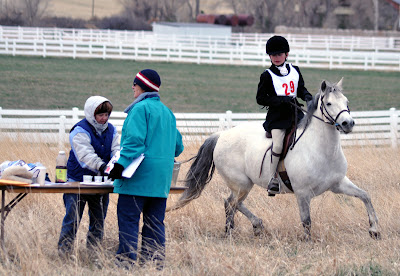 and were handed drinks by the Point to Point staff. 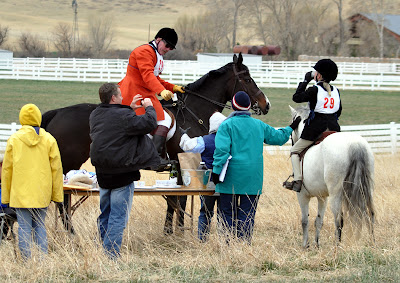 The riders were actually required to finish their beverages before they could proceed to the next obstacle. 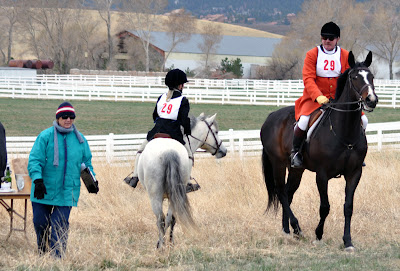 Ok, who doesn't want to be part of a competition where you're forced to drink on horseback!? 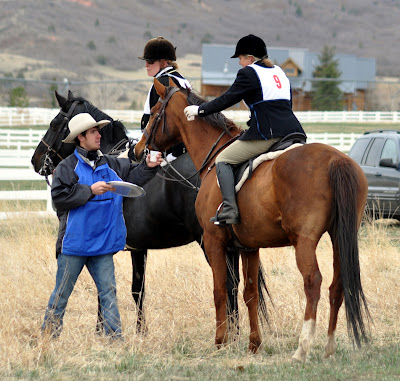 While on course drinking was mandatory, on course jumping was not.  In fact, jumps were optional in all the Handy Hunter classes and most of the teams opted not to take them.

I hope you've enjoyed this look at the different types of Point to Point classes, and I look forward to seeing some of these ideas in the live show ring!
Posted by Braymere at 2:00 PM