I love going to different kinds of horse events, so as soon I saw this sign at the Rocky Mountain Horse Expo I knew what I would be doing on April 23rd! 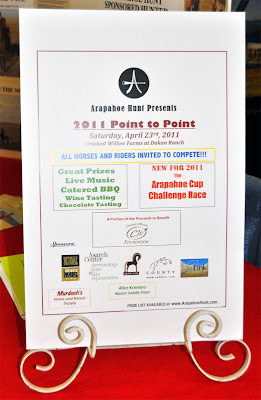 I had never been to a Point to Point and had only a vague idea of what to expect--mainly, fast horses and big fences. 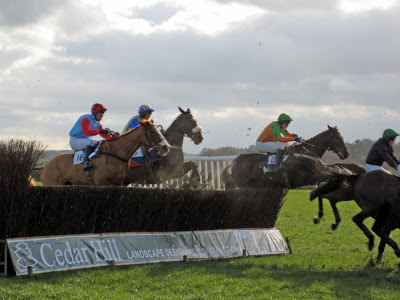 Indeed, Wikipedia defines a Point to Point as a form of amateur horse racing over fences for hunting horses.  In the United Kingdom, Point to Point horses are almost always Thoroughbreds and are usually past or future steeplechase competitors. 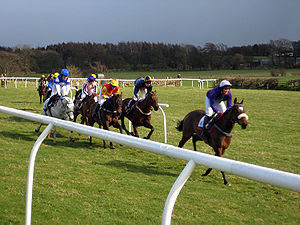 Well, Colorado is a long way from the U.K.
The prize list for the Arapahoe Hunt Club's 2011 Point to Point describes a completely different kind of event.  It reads:  The Point to Point competition traditionally closes the hunting season.  It is a time to test some of the skills that have developed during the year, or try new skills while at the same time promoting a little friendly competition.  Fun is the operant word and there is an event for every skill level and interest.  Bragging rights last the whole year!
Neither Teresa or I knew what to expect as we drove into Crooked Willows Farm in Sedalia, Colorado. 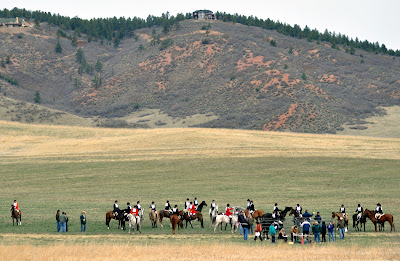 At first, it just seemed like chaos.  Horses were coming and going from all directions. 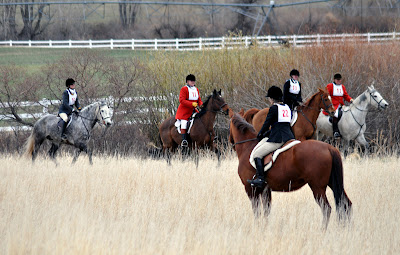 A few were cantering... 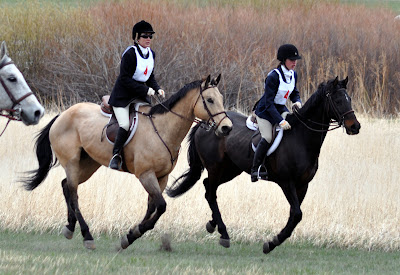 but most were walking or trotting. 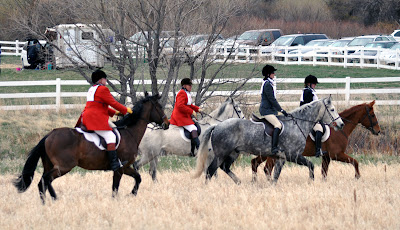 There were horses and ponies of all types and sizes... 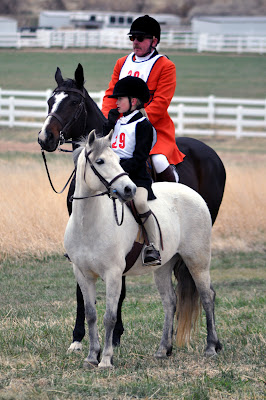 including a few gaited types! 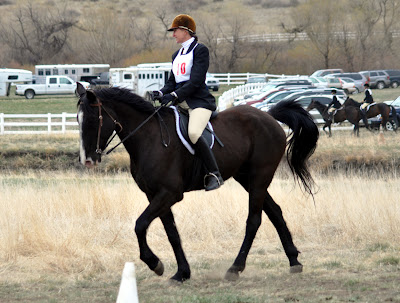 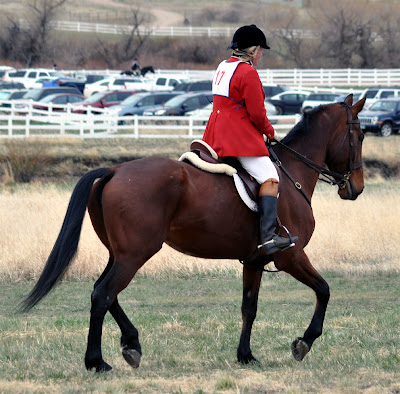 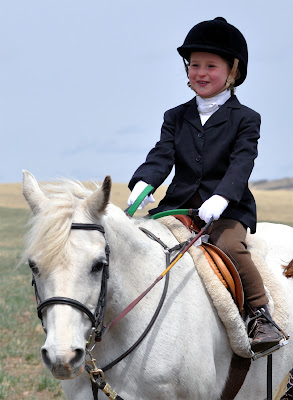 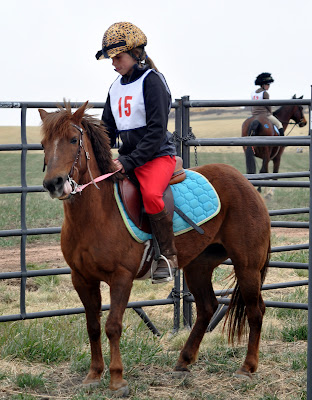 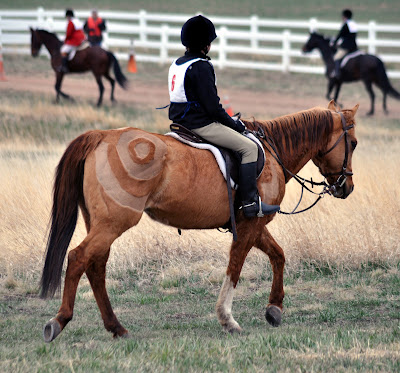 and the kids who competed in the fun costume class didn't bother to change out of their costumes before riding in the other events. 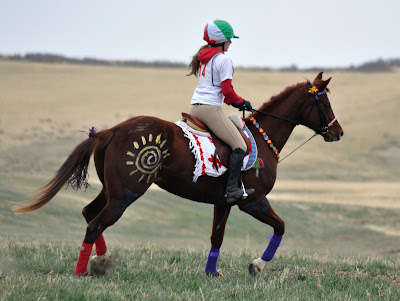 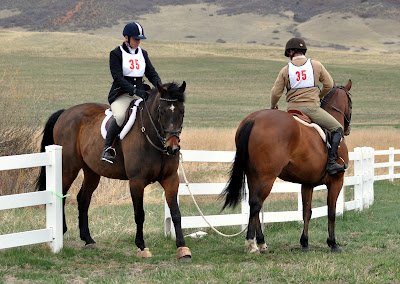 One thing we did not see a lot of were jumps.   There were only a few small cross country type obstacles on the course, and most classes did not require the horses to go over them.

In addition to the actual competition, the day was filled with fun events.  These included the aforementioned costume class, a hound race, 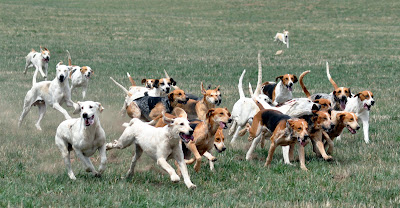 and a kids' race! 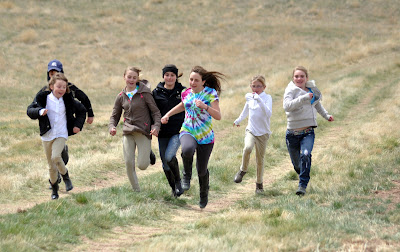 Although there were some very good riders mounted on very nice horses, the competition aspect of the day really did seem secondary.  Fun was the operant word and everyone had a wonderful time--including Teresa and me! 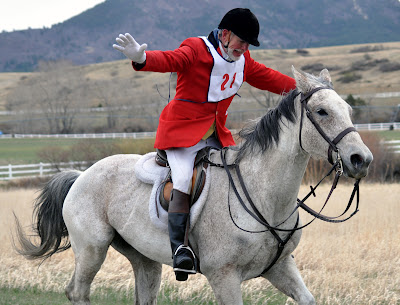 I'd still like to go to the kind of Point to Point described in so many Dick Francis books, but let me tell you--the Colorado version is pretty neat, too!
Posted by Braymere at 2:33 PM