My other new doll

Just in case anyone is interested, here's my other new doll from Anne Field. 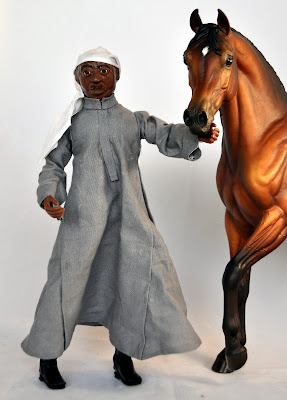 I asked Anne to make a rider/handler to go with my Melissa Sage Egyptian Dancing Horse costume. 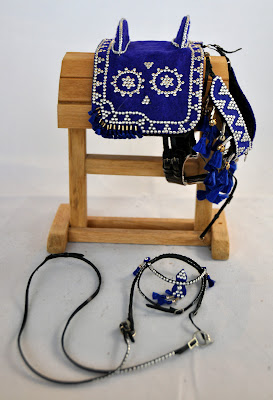 Both Anne and I agreed that the Breyer male doll wouldn't work for this project.  Instead, she used a Mego body and sculpted the head from scratch.  This was the first time she'd ever attempted that kind of radical customization, and I think she did a great job! 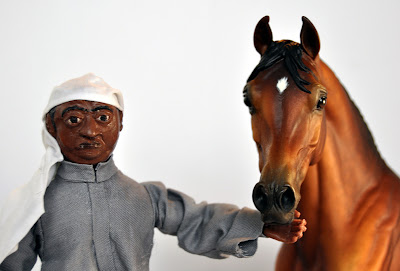 Although the doll fits in the saddle just fine, I will probably use him as a handler rather than a rider.  That saddle is so beautiful, I just hate to cover it up! 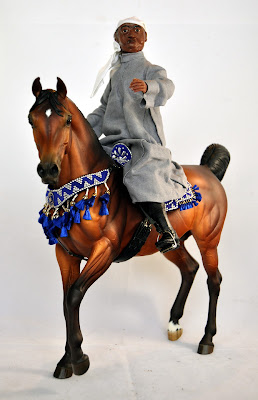 I'd originally ordered this set to fit a different model so the bridle is too small for Rune.  I guess that's another project to add to my list!
Posted by Braymere at 9:07 AM

Labels: my resins, my tack collection