The WEG Diorama Poject in JAH

In the last thirty years, I have let my subscription to Just About Horses lapse twice.  The first time was in the early 1990's when I was living on the A show hunter/jumper circuit.  The second time was last fall.  I hadn't planned on not subscribing, but the renewal card came while my husband was unemployed.  Money was tight and I was reluctant to spend it on anything but the absolute necessities.  I set the card aside figuring I'd send it in later, but somehow I never got around to it.
Truth be told, I didn't miss it at first.  I'm not really a part of the magazine's target audience.  I no longer collect original finish models and I don't go to Breyerfest.  Most of JAH's content has nothing to do with me.
And then...  It did!
The most recent issue of Just About Horses includes an eight page article about the WEG Diorama Project.  I am mentioned by name on page eight and there is a beautiful close-up picture of my bridle.  Oh, what a terrible time to be unsubscribed!  Fortunately, I have some wonderful friends in this hobby.  Thanks so much to Kim and Elena for sending me these scans and to everyone who has offered to give me their copies.  I really appreciate it!
For all the other interested non-subscribers, here is the article in its entirety.  I hope you enjoy it as much as I did! 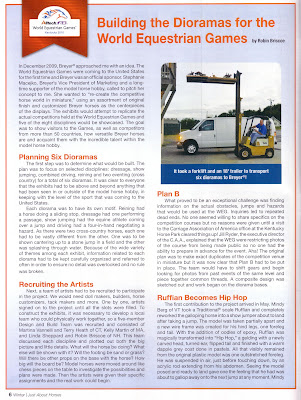 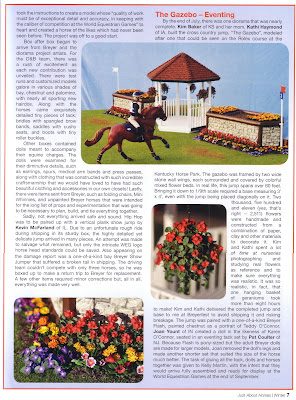 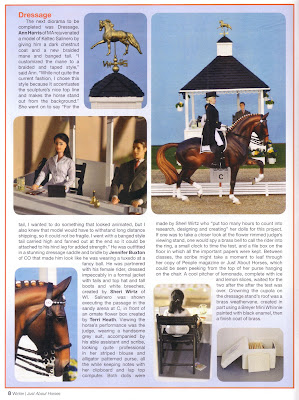 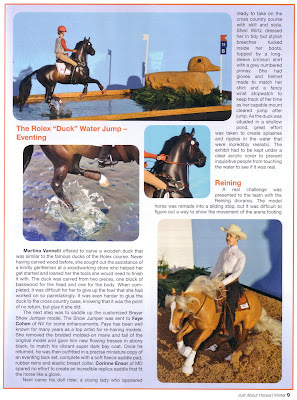 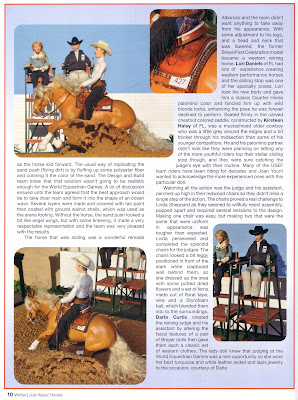 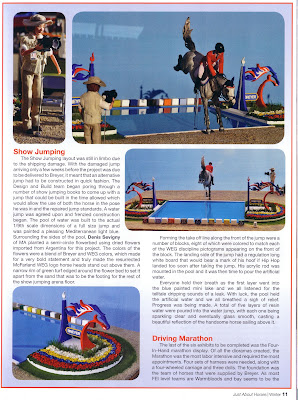 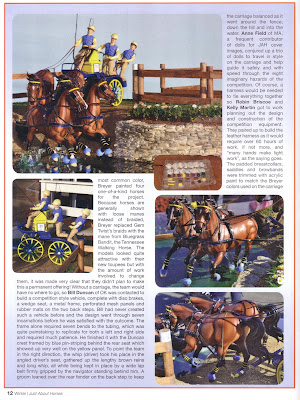 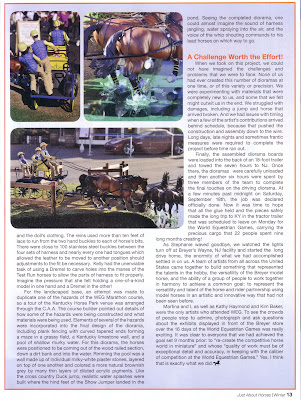