Just in case you weren't able to decipher my hints, I spent most of yesterday ringside at the National Western Stock Show's Mule and Draft Show.  One of the many classes I watched was the Donkey Showmanship.
Showmanship is a performance class that tests a handler's ability to show her horse (or donkey!) in-hand.  Typically each entrant is required to lead their animal through a pattern than involves walking, trotting, backing and standing for the judge.   More information can be found in this post from Anne Field's blog.
This is the pattern that was used Friday at the Stock Show:
1. Start at first cone.
2. Trot to third cone and halt.
3. Back up to second cone.  Halt.  Pivot 260 degrees to the right.
4. Walk forward to the judge.  Halt and stand for inspection. 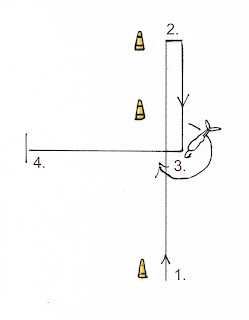 Here's how it looked in practice.  The donkeys trotted down the line of cones... 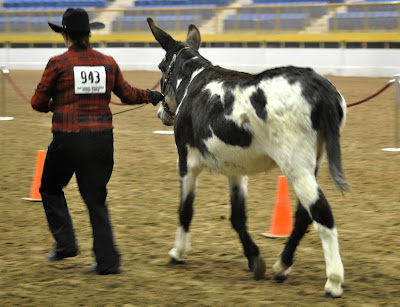 and came to a halt at the third. 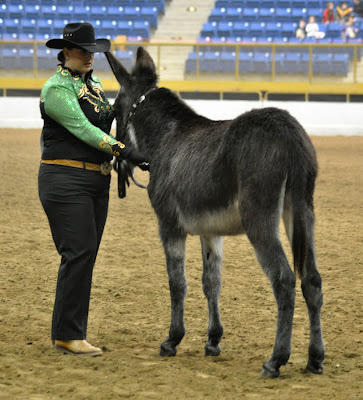 They were then asked to back up... 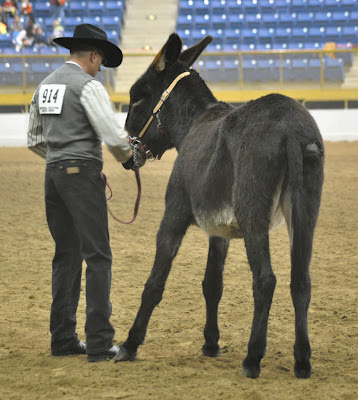 and continue backing until they'd passed the second cone. 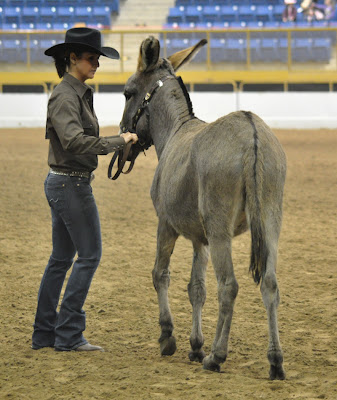 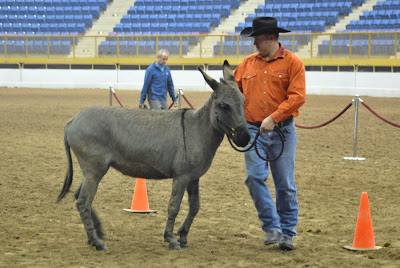 Upon completion of the turn, they walked forward... 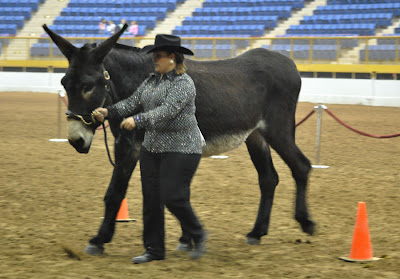 and halted in front of the judge. 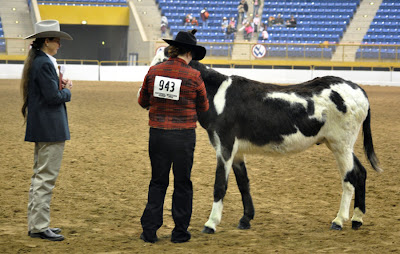 The judge circled each donkey. 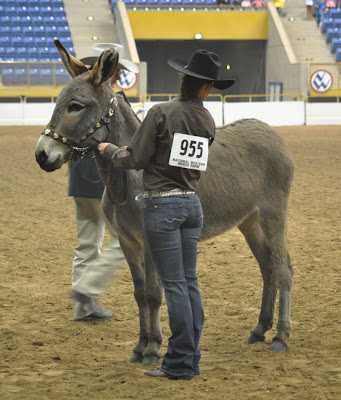 In order to provide the judge with a clear view of her donkey, the handler has moved from the donkey's left side to its right side. 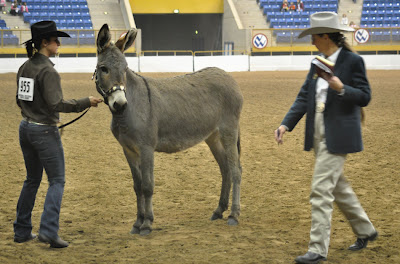 After the judge's inspection is complete, the competitors leave the course at a trot. 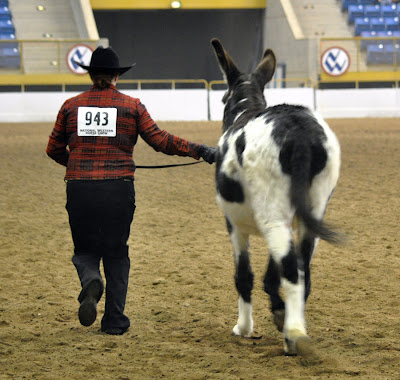 Most of the donkeys wore leather halters (with or without silver plates).  However, I did see a couple nylon halters in the mix.  Similarly, a leather shank with an attached chain was the most prevalent type of lead, but there were also some plain cotton ropes. 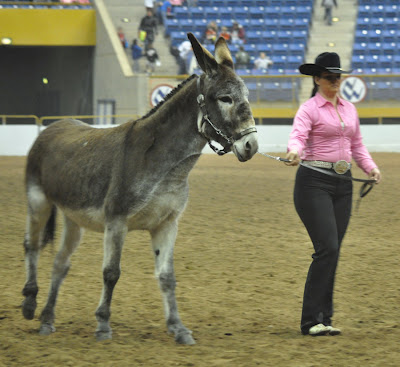 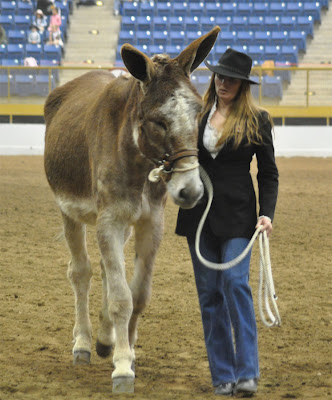 Grooming standards were fairly relaxed.  This white donkey won the class despite the yellow stain on his leg! 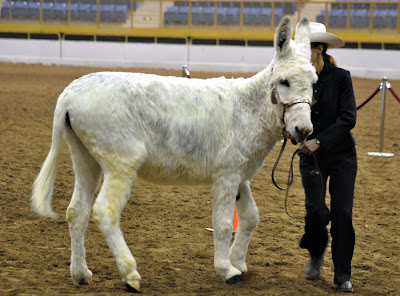 A couple donkeys sported decorations in their manes... 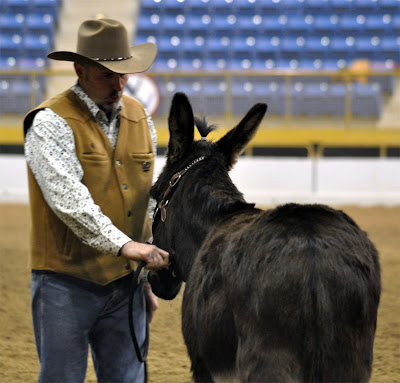 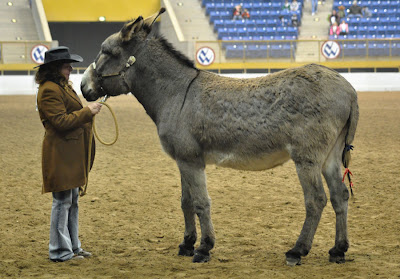 As always, feel free to use the pictures for your live show documentation.  I know a lot of you have model donkeys that are just dying to strut their stuff in the performance ring!
Posted by Braymere at 5:33 PM