I have known my friend Tracey for more than fifteen years. I met her during the 1995 HITS Ocala Winter Circuit. We shared a hotel room for those six weeks, and although we've rarely lived within a thousand miles of each other, we've been friends ever since.

Tracey and her daughter Grace moved to Colorado last year. Unfortunately, we live on opposite sides of the Denver metro area so we don't get together nearly as often as I would like. Every now and then, however, we clear our schedules and make a day of it. Today was one of those days. We packed up the kids and headed out to Pine Cliff Stables for a short trail ride in the foothills of Golden, Colorado.

Grace was paired with a lovely little pinto named Gypsy, 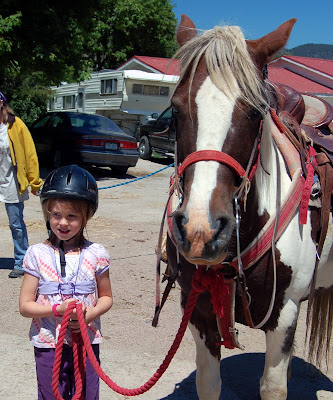 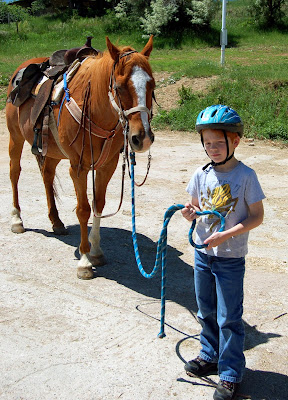 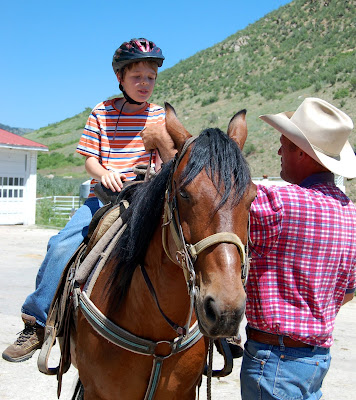 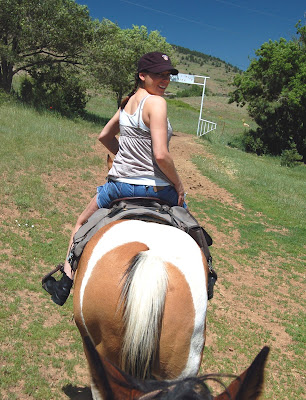 and my mount was Buddy. 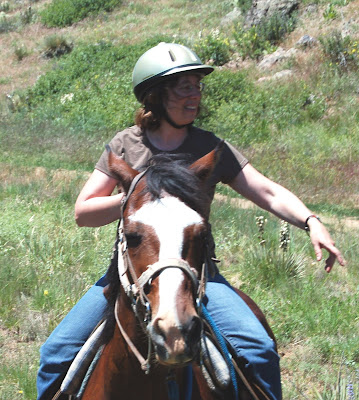 This was the third time I've ridden at Pine Cliff, and once again I was impressed with both the horses and the scenery. 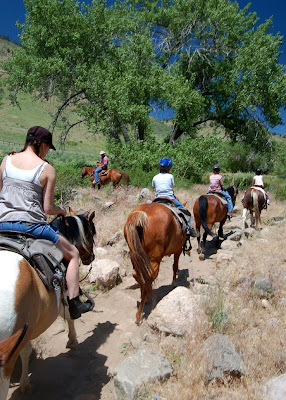 Even the short, one hour ride covers a lot of different kinds of terrain. 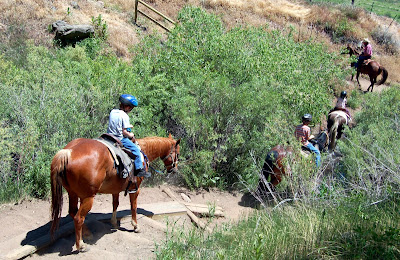 We trotted a bit on the flat areas... 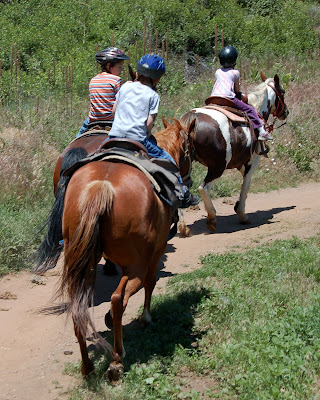 and then headed up the mountain. 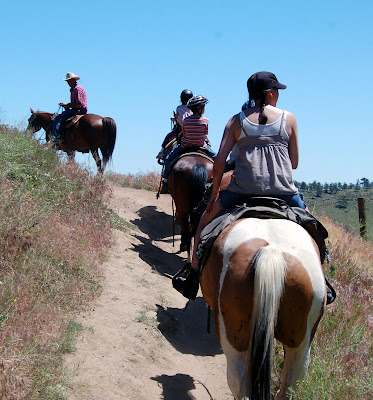 James pauses to take in the view. 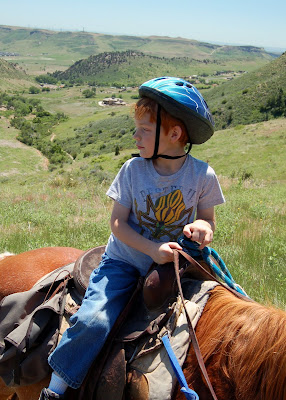 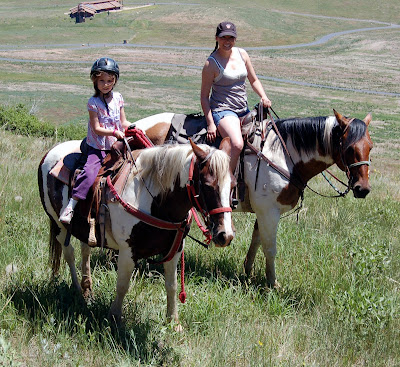 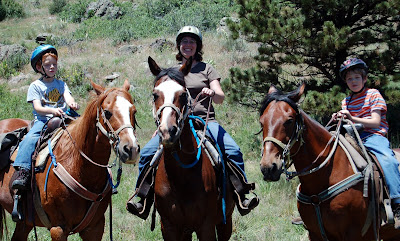 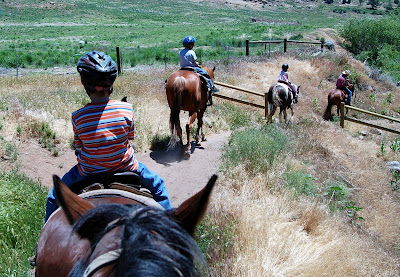 Popeye giving me the stink eye when I let Buddy get too close to his hindquarters. For some reason, this picture cracks me up. 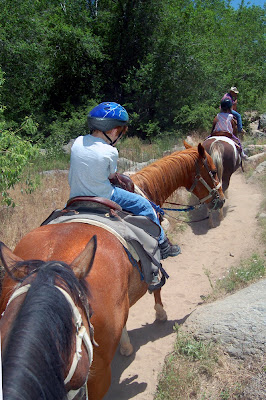 We all had a wonderful time, although I think this was the horses' favorite part! 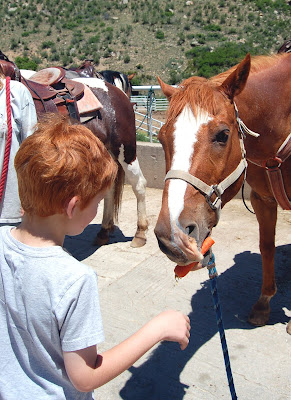 Life is funny. As we were riding down the mountain, I asked Tracey if she would have been able to imagine this fifteen years ago. She laughed and said no. I had to agree. We were such serious horse people back then. Now we're just two moms happy to ride rental horses with our kids. I can't decide if that's a good or bad thing!
Posted by Braymere at 4:45 PM