As I mentioned yesterday, I spent most of Saturday morning at Brian Lebel's Cody Old West Show and Auction which was held at the Denver Merchandise Mart Expo in Denver, Colorado. This was the show's second year in Colorado, having moved here in 2009 after nineteen years in Cody, Wyoming. I hadn't gone to last year's event and didn't know what to expect, but I figured it ought to be worth the five dollar admission fee. 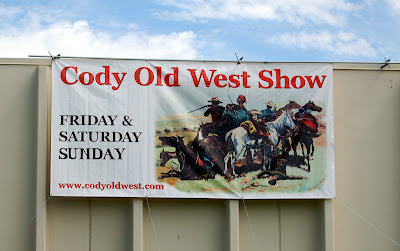 I was right. Just look at what was on display in the very first booth! 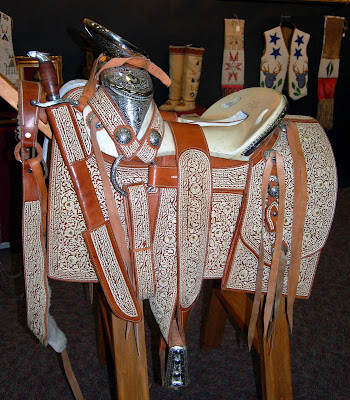 Every where I looked, there was something interesting. 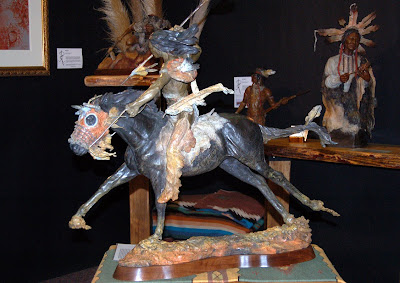 There were all sorts of Native American goods and attire. 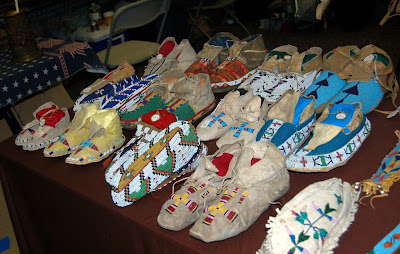 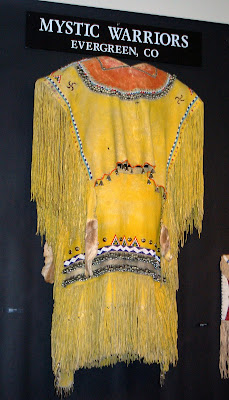 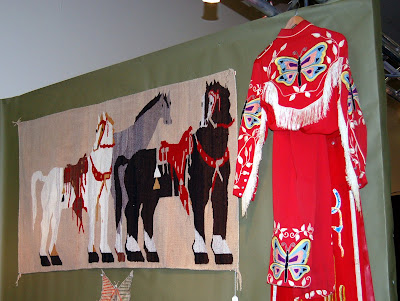 and some were still in progress! 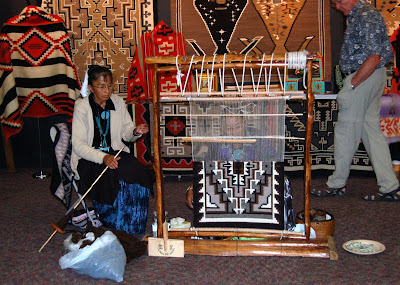 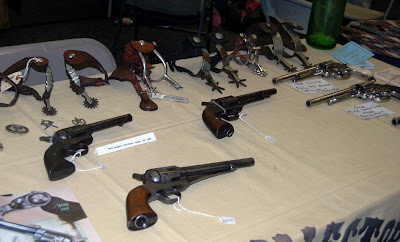 There was a wide variety of cowboy goods including a selection of items from the Roy Rogers and Dale Evans Museum. 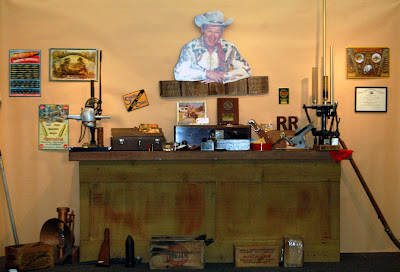 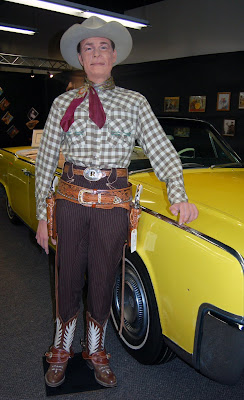 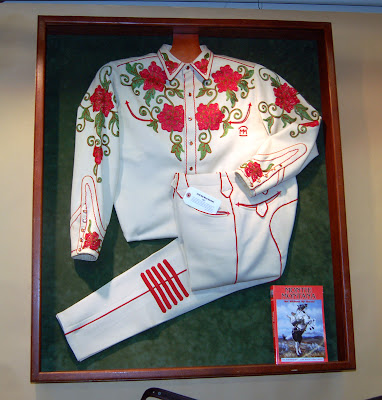 As I was walking around, it occurred to me that somewhere amongst all this Western memorabilia there had to be at least a Breyer or two. I started my search. Hmmmm.... I don't see any here. 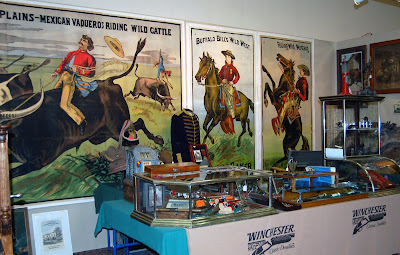 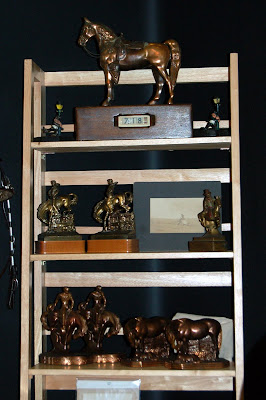 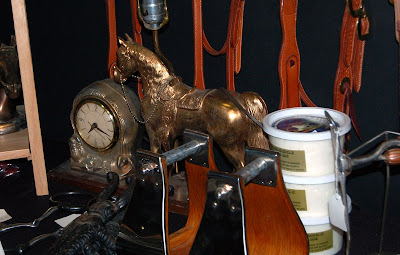 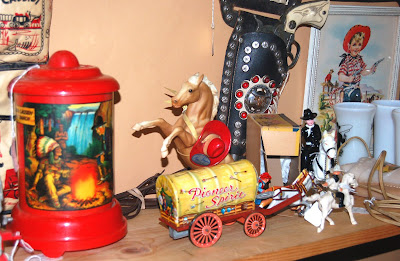 Of course, the main thing I was looking for was tack. 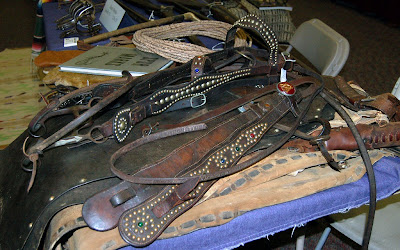 Happily, that was in abundance. 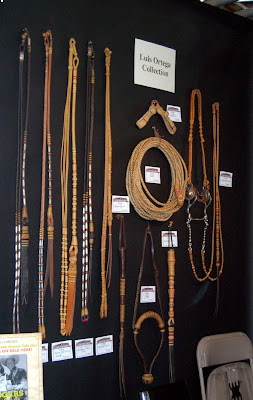 There were lots and lots of saddles. 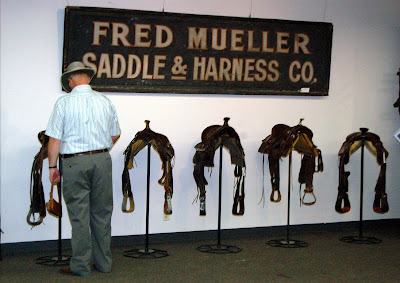 Once again, some were old... 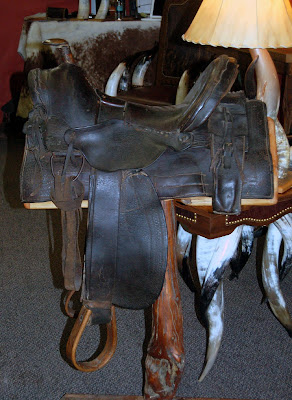 and some were new! 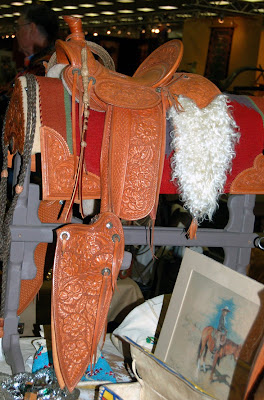 There were Charro saddles and McClellan saddles. 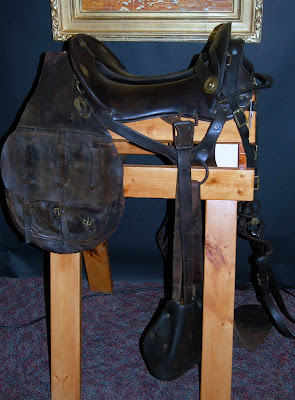 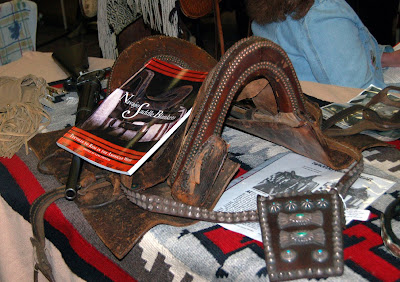 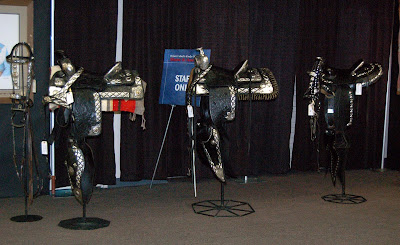 In fact there were so many wonderful saddles that I simply cannot do them justice with one post. Expect more pictures in the days and weeks to come!
Posted by Braymere at 11:18 AM