Leadline is a fun class for very young children and their parents. Although Leadline classes can be found at nearly any kind of show, for the purposes of today's post I'm concentrating on the Western version of the class.

The basics of the class are simple. Each child is led around the ring at a walk. Even if the rider holds the reins--which is not always the case--the handler is responsible for the actual control of the horse. 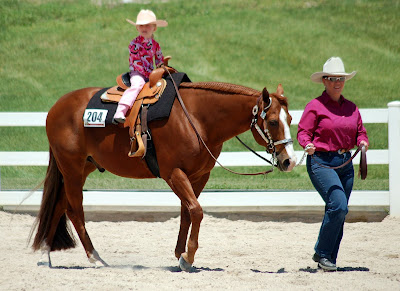 Leadline classes may be judged and placed, but more often than not every exhibitor wins the same prize (usually a blue ribbon). 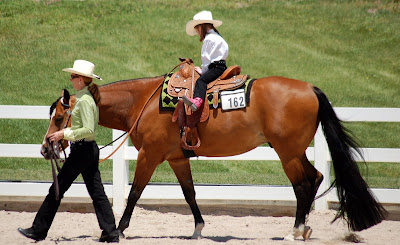 Depending on the size of the show, attire may be very formal or very casual. Generally riders will wear equitation-type clothing and handlers will wear showmanship attire. Matching outfits are common but not required. 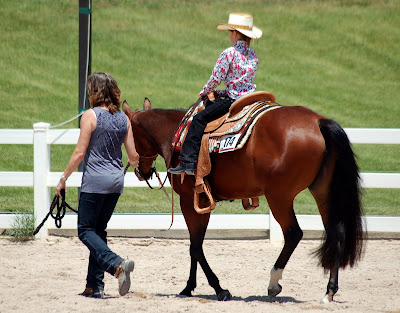 After the horses have walked around the ring in both directions, they are called into the center and asked to line up. Typically the handlers will present the horses as if they were competing in a Showmanship class. 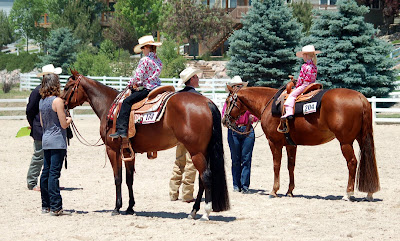 The judges may approach each entrant and ask simple questions about horses and horsemanship. 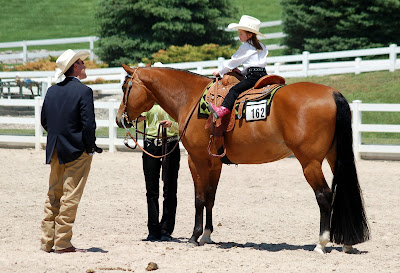 The children may also be asked to back their horses. 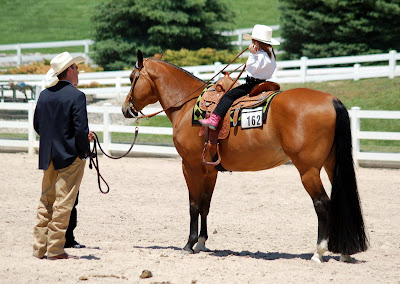 What a good boy! 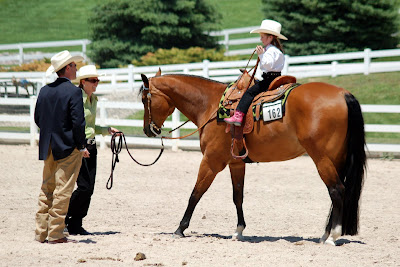 Tack and turnout mirrors what you would see in a Western Pleasure class. At larger shows, most of the horses will also wear a silver trimmed show halter with a leather lead shank. 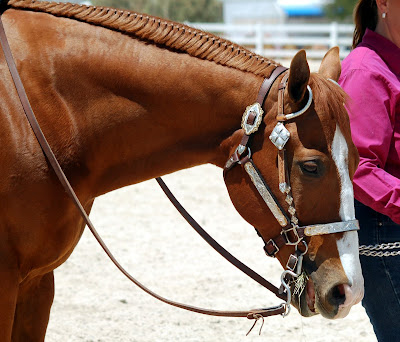 Although less polished in appearance, it's acceptable to use a leadrope attached directly to the bit. 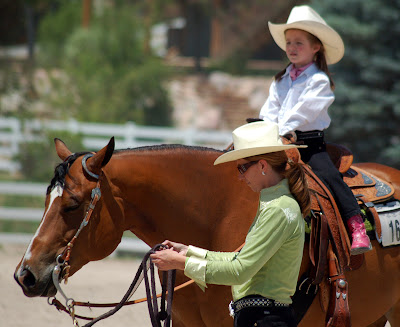 Riders may use a full size Western saddle, with or without detachable kiddy stirrups. 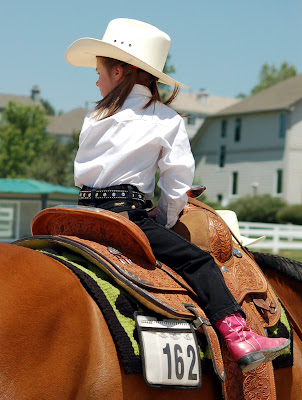 Most shows limit the Leadline Class to riders under seven years of age. The riders in these pictures are four and five years old. 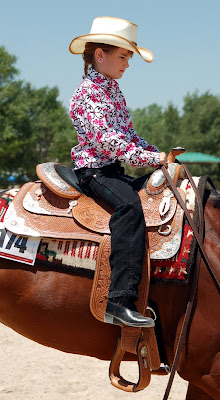 Personally, I do not like to see the Breyer junior rider doll used in a Leadline setup as I feel she represents a much older child. This is a great class for those quiet walking and standing models, but finding the right rider doll can be a real challenge! 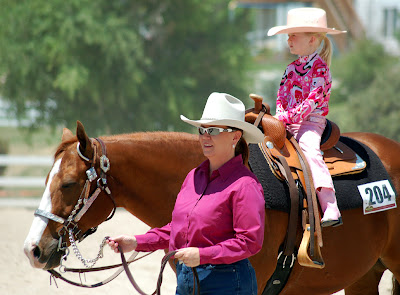 Hope this is helpful--it's been a long time since I've written up a Performance Spotlight piece!
Posted by Braymere at 8:16 AM