Although I've been to the Horse Park many times, I've always stayed on the main showgrounds. The cross country course is located across the street and down the road, and it took us a little while to find it. Eventually, though, we saw galloping horses in the distance and headed that way. 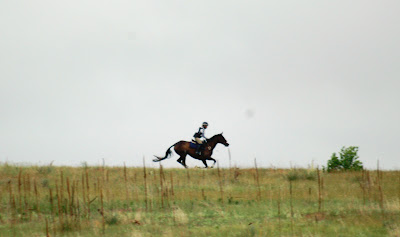 We parked the car and followed the horses. 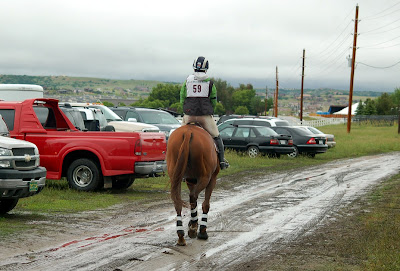 There's a lot to see during the cross country phase of a Horse Trial. At any given moment there may be as many as three or four horses on different parts of the course. Spectators have access to all parts of the course, but are expected to stay out of the horses' way. 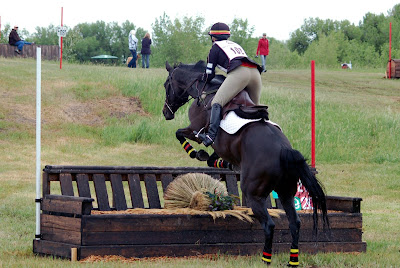 Probably the safest way to view the action is to sit on a jump that's not being used. 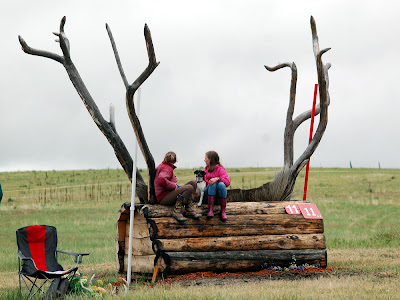 It's a good idea to hustle when you move from one part of the course to another... 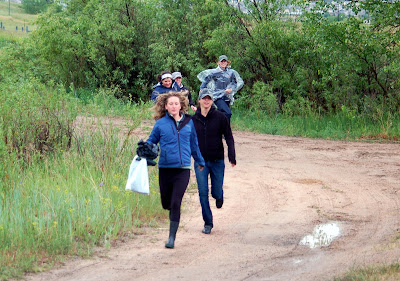 because you never know what might come racing up behind you! 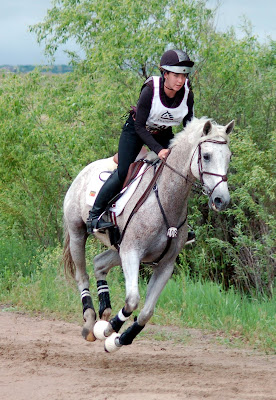 Even if you're careful, spectating can be dangerous. Twice, Teresa and I were nearly mowed down by runaway horses. The first was this riderless grey. 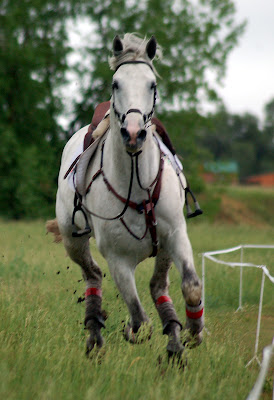 The second incident involved this pair. They missed a turn and rode up over a spectator area where we were standing. 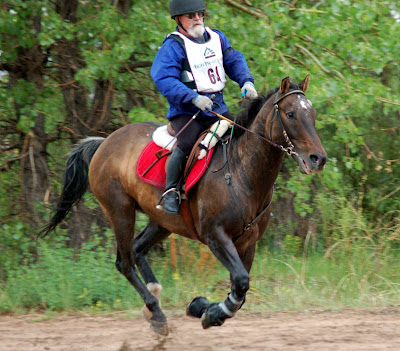 That was a little too close for comfort! 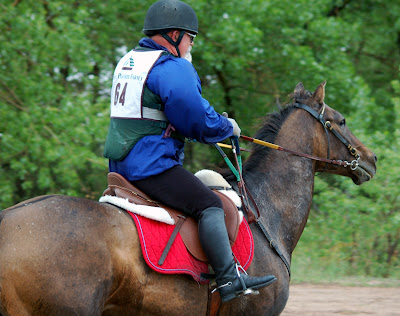 There was excitement on course as well with several falls and refusals. Luckily, none of the injuries appeared to be serious. 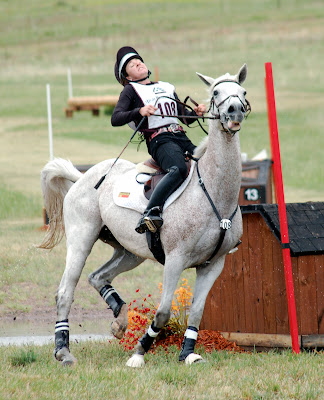 Mostly, however, the riders rode well, 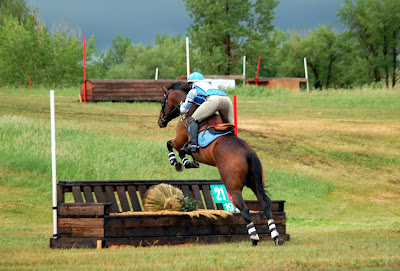 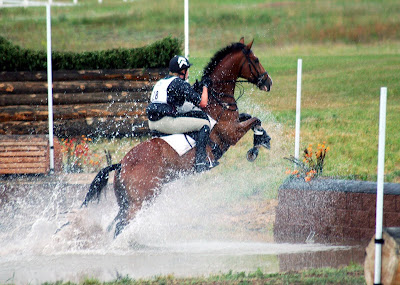 and everyone seemed to be having a really good time. 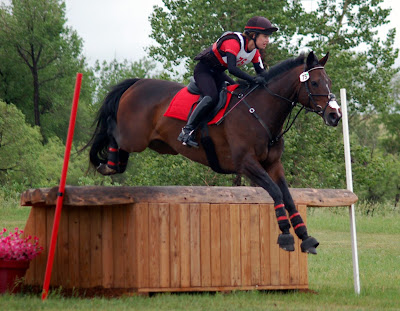 I had so much fun! If you've never been to a three day event, you just don't know what you're missing. 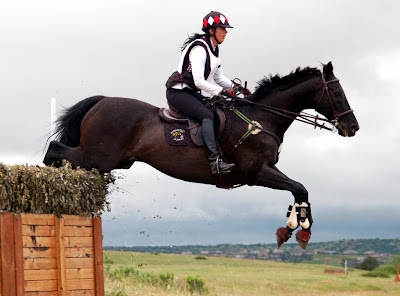 I also managed to take nearly six hundred photos. If there's anything cross country related that you'd like to see, be sure to let me know. I have horse, tack and jump close-ups, water jump sequences, drop fence sequences, starting box sequences... It's possible that I missed something, but I kind of doubt it!
Posted by Braymere at 1:16 PM