Bridles of the Americas, Vol I: Indian Silver

If you have any interest at all in Native American saddlery, this brand new book is a must have. 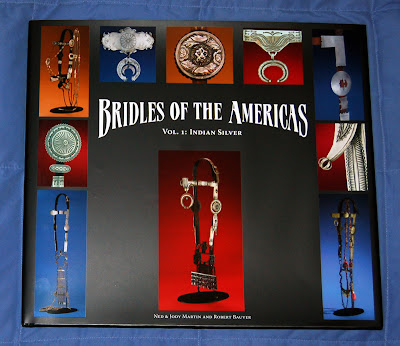 I bought one of the very first copies from the Hawk Hill Press booth at Brian Lebel's Old West Show & Auction which was held this past weekend at the Denver Merchandise Mart Expo in Denver, Colorado. Co-authors Ned and Jody Martin were in attendance and I had a wonderful time talking to them. 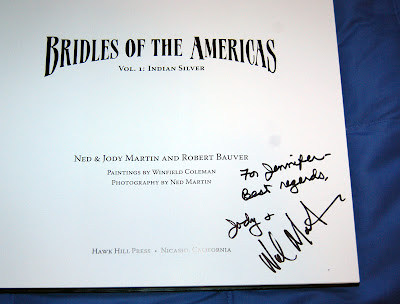 This book retails for $65, but I can honestly say that it's worth every penny. The photos and text trace the evolution of the American bridle, with an emphasis on bridles made and used by the vaqueros of Mexico, the Indians of the Southern Plains and the Navajo. 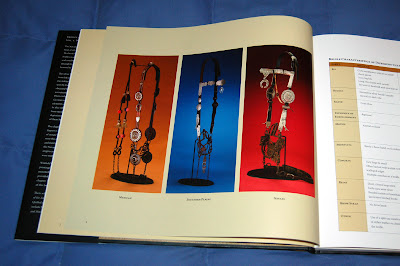 All three of these groups used silver to adorn themselves and their horses. This book contains more than five hundred gorgeous, detailed photographs of tack and other silver ornamentations including pectorals, hairplates and concha belts. It would be impossible to choose a favorite, but I especially like this series which shows how the bottom of a can and barrel bands were repurposed as bridle decorations. 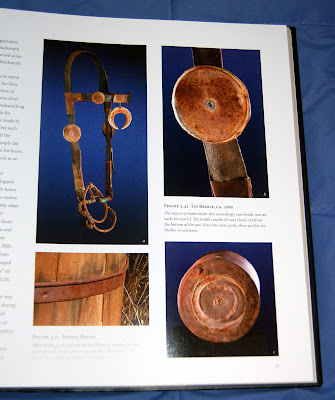 The more familiar beaded and quilled bridles will be examined in Beaded and Quilled Bridles of the American Indians which is scheduled to be released in 2011. 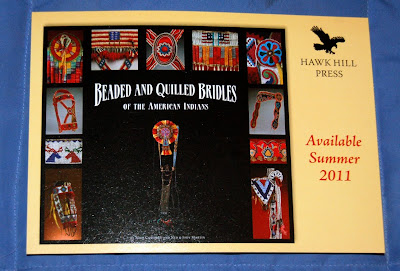 I also own and heartily recommend the first book in this triolgy, American Indian Horse Masks, which was the 2007 winner of the Witternborn Award for Excellence in Art Publishing.
Posted by Braymere at 12:14 PM