One thing became very clear as I watched the horses warming up for the cross country phase of the Colorado Horse Park CCI and Horse Trials this past Saturday--there is no one uniform look when it comes to tack and turnout. Still, it's fair to say that most of the horses wore a regular English type bridle with either a built in flash attachment... 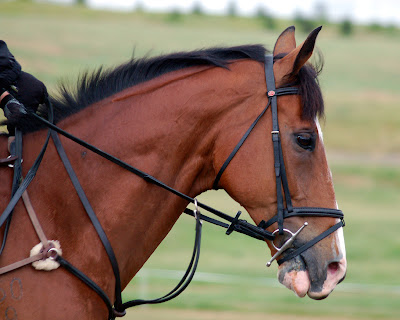 or a figure eight noseband. 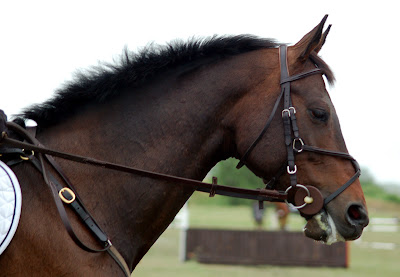 Snaffle bits were in abundance. This is a full cheek... 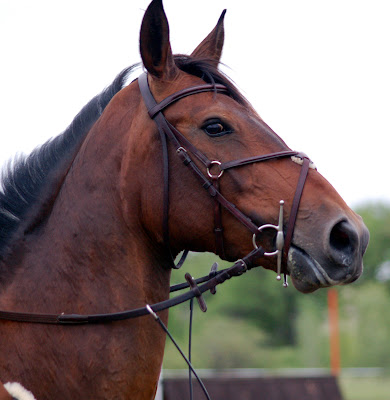 and this is an eggbutt. 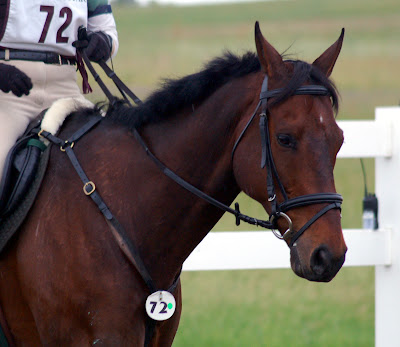 Some bridles were dark brown (havana) and others were black. The bridle color usually matched the saddle, but not always. 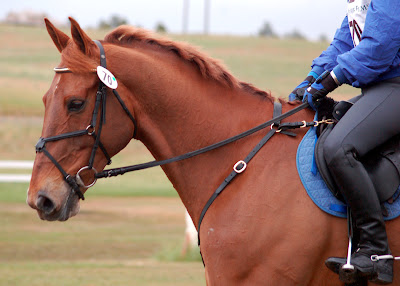 Nearly all of them had rubber reins--sometimes in bright colors! 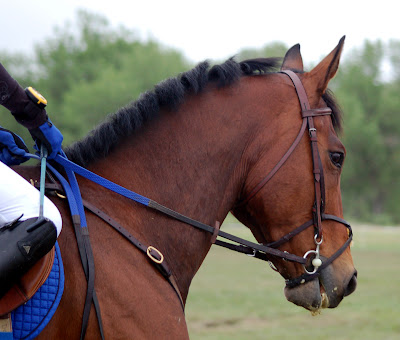 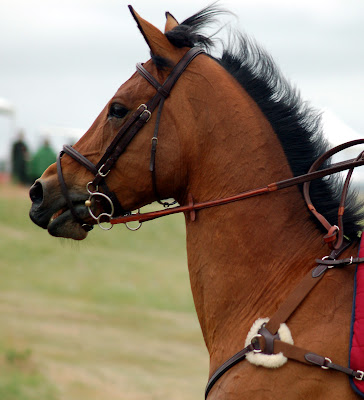 This bit can be used with one or two reins, and those reins may be attached to either the big ring in the middle or either of the smaller bottom rings. That said, the next photo illustrates the most usual configuration. Note, most English riders do not use a curb strap with this kind of bit. 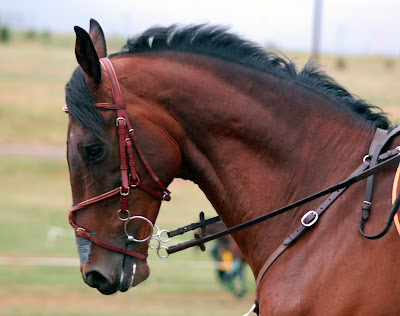 This is a really unusual way to attach a three ring bit to the bridle's cheekpieces. I'm not sure I understand what the rider was trying to accomplish here. 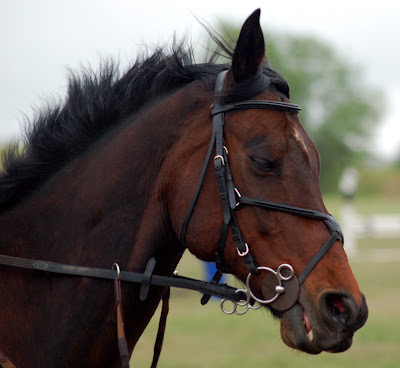 Here's a two ring bit with a curb chain. Like I said before, this is not the norm but it's also not illegal. Eventers are nothing if not practical. If something works, they're going to use it. The breastplate on this horse is also noteworthy. It's a jumper style breastplate in that it only attaches to the saddle at the D-ring (or stirrup bars). There is no center strap that runs down to the girth. 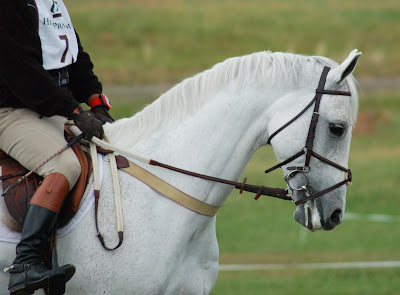