In addition to snaffles and elevator type bits, there were also a lot of horses wearing pelhams. 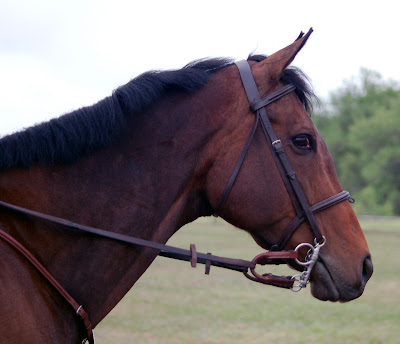 Most of these were fitted with bit converters and used with just one rein. 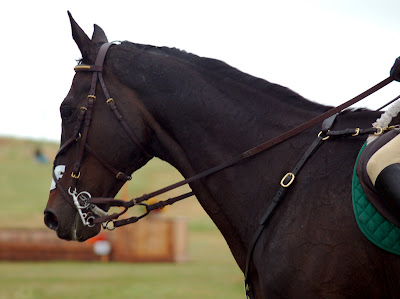 However, there's an exception to every rule! 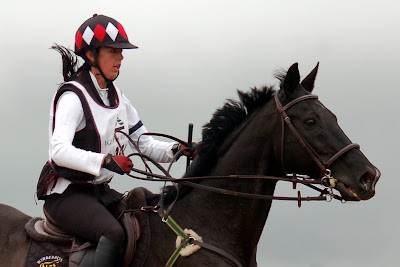 There were also a number of gag bits in use. The cheekpieces of a gag bridle run through holes in the bit rings and attach directly to the reins. This type of bit works on the horse's mouth and poll simultaneously and is a very powerful bit. 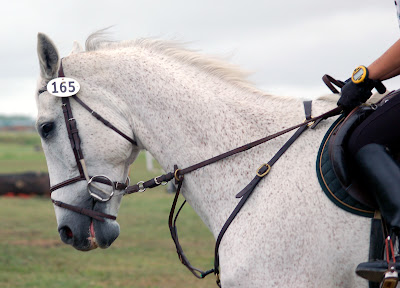 Another gag bit--this one has round leather cheek pieces. Also notable is the very loose throatlatch. I noticed this trend at a dressage show last year, and although it wasn't as prevalent at the event, there were a number of horses tacked up this way. 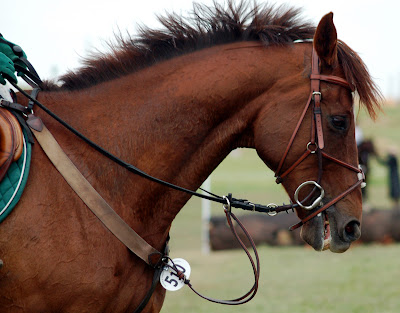 The rider of this big bay was very friendly and told us that she had recently switched to a Mikmar bit in an attempt to regain her brakes. I lost track of her after her round started, so I don't know if the bit helped or not. 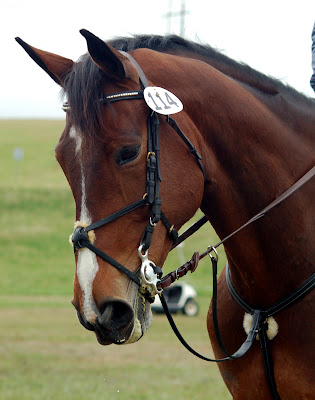 A hackamore/snaffle combination. Typically you don't buy a bridle like this at a tack shop. This is something you cook up at home with bits and pieces from your own tackroom. 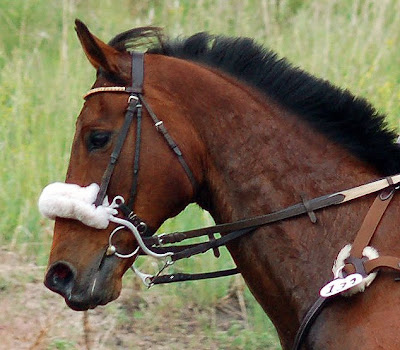 Several horses (particularly those competing over the bigger jumps) wore these nasal strips to improve their respiratory function. A note on the full cheek snaffle--at a hunter show, this type of bit would be used with bit keepers. I saw a lot of full cheeks at the event and all of them were keeper free. It's interesting how the little details can vary from one venue to another! 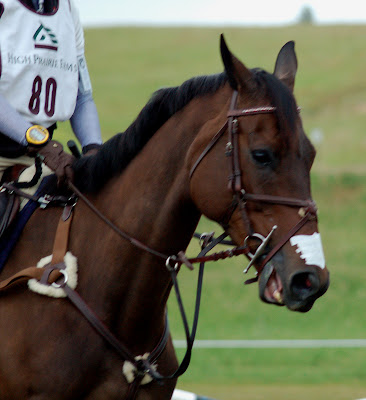 Although there were a lot of brightly colored turnouts, most of the bridles had little to no "bling". This was one of the few exceptions--there's bling on the browband and the sides of the figure eight noseband. 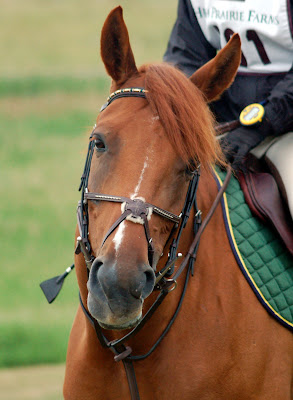 This cute little buckskin had some homemade bling attached to her browband. Her bridle is somewhat unusual in that it has a plain caveson rather than a flash or figure eight. 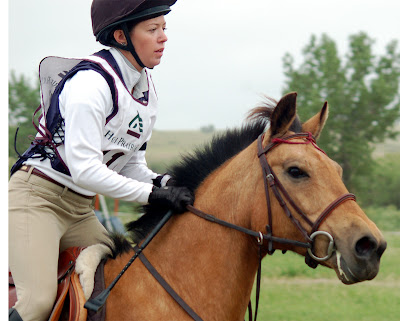 Of course there is no rule that says you have to use a caveson at all. Just look at this bridle. There is nothing about this that says event horse. In fact, if you used a similar bridle on your model eventer you would likely be penalized. 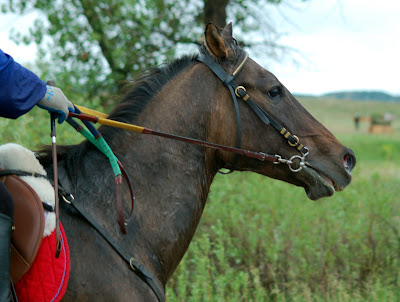 I don't agree with that. If it's legal in the real world, it should be equally ok in the model horse arena. Still, there's no denying that this is a much more typical event horse look. 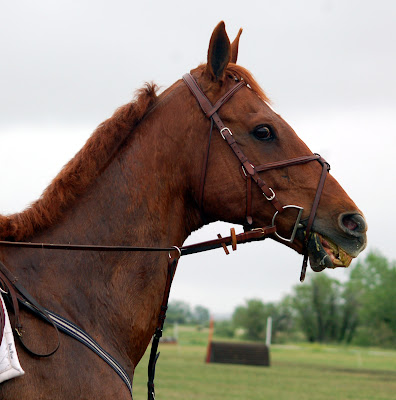 Hope this has been helpful. I'm good at bridles, but I've found someone with a lot more eventing knowledge to discuss the rest of the tack and turnout. Look for her guest blogger posts sometime later this month.
Posted by Braymere at 7:22 AM