Today's pictures are courtesy of Kim Haymond, who recently made the trek from Kansas to California to compete at the big BreyerWest live show which was held in conjunction with the Western States Horse Expo in Sacramento, California.

Things started off well in the harness class with Kim's two entries winning first and third. 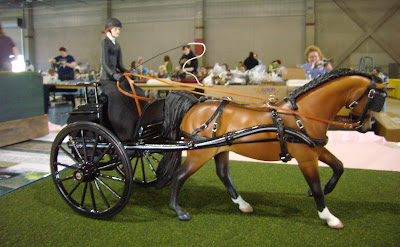 You may remember these harnesses from earlier this year. They're both tiny. The pony harness is small classic and the Arab harness is Pebbles scale. 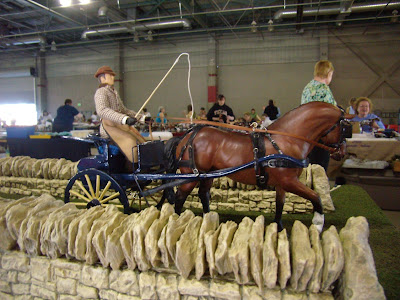 I was worried that they would be excessively difficult to work with, but I had forgotten how skillful mini performance showers can be. Kim actually took the pony out of the harness after the first class, showed him in another class, and then put the harness back on for this driven parade entry. That's just crazy! Happily, her efforts were rewarded with second place and another NAN card. 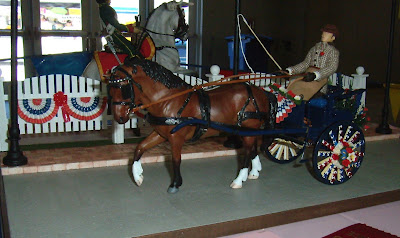 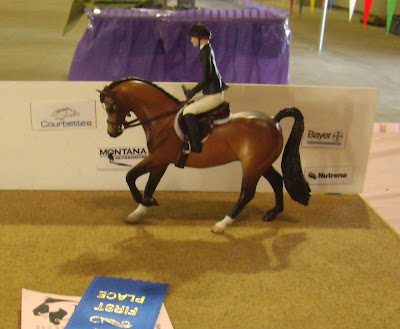 He did well enough to be named champion of the English Performance division... 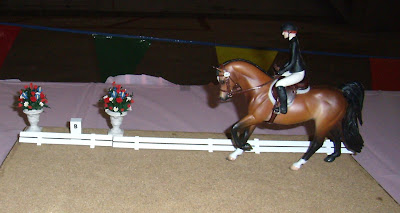 as well as Overall Reserve Champion.

Woo hoo! Congratulations Kim and thank you so much for sending the photos and show report.
Posted by Braymere at 7:58 AM