It's a rat's life

My kids are the proud owners of what are arguably the two most spoiled rats in the world. 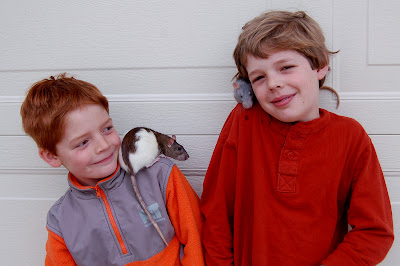 Basil and Cinnamon have everything a rat could hope for--lots of love and attention, plentiful food and water, a palatial cage, all kinds of healthy snacks and a plethora of rodent toys including a giant exercise ball.

Yesterday someone posted a link to this picture on Model Horse Blab: 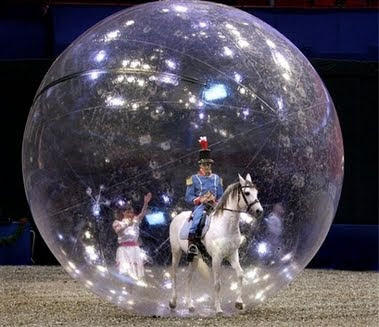 I took one look and knew that I was going to be borrowing the rats' excercise ball sooner or later. This morning I had some time to kill so... 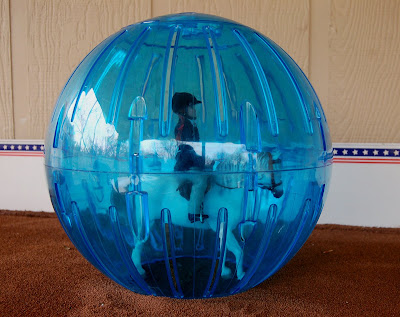 It needs some fine-tuning, but I am pleased with my efforts. I wonder how this would go over at a live show? I don't usually show Original Finish models in performance, but I am really tempted to give this a shot. At the very least, it would be a good conversation piece!
Unfortunately, I don't have much information about the original picture. The caption that accompanied it reads: “French rider Olivier Garcia rides his horse Emir et Djugut inside a giant plastic bubble during training for the grand opening of the Stockholm International Horse Show at the Globe Arena in Stockholm, Sweden, Nov. 29, 2006. ”
Posted by Braymere at 11:01 AM