I promise--I will get back to tackmaking eventually. In fact, my original plans for today involved a leadrope, two pairs of boots and a bridle. That didn't happen, but I'm not complaining.

Not in the least.

That is because my friend Regan came over with a big box of customizing tools and in progress customs. I love working with other people. It's so nice to have another set of eyes and hands, plus it's just plain fun! Here's a look at a few of the day's many projects 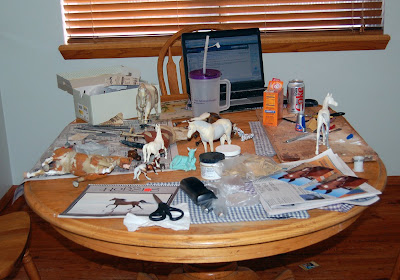 I began the day working on my Experiment resin. This is how he looked when I first bought him about a year ago--pretty rough by any standard! 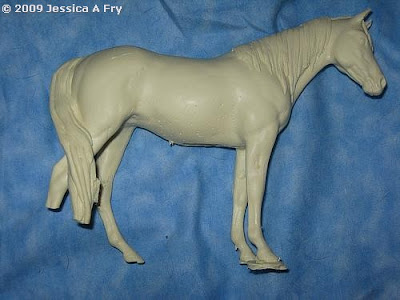 Experiment was intended to be a classic sized lightbreed mare, but when I looked at him, I saw a traditional scale pony gelding. I did a lot of work towards that goal, but eventually I got busy with other things and abandoned him.


Poor scary no-eye pony! This is how he's looked for most of the last year. 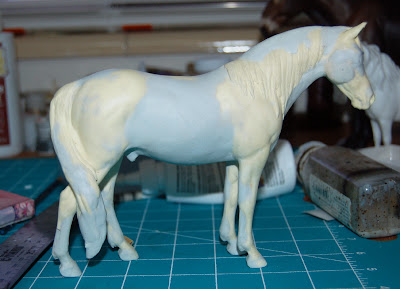 I rebuilt the eyes a couple nights ago. They're not perfect, but at least he's not blind anymore. 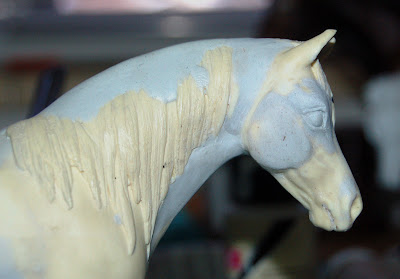 Today, I removed the mane and forelock. Shortly thereafter, Regan observed that my pony had a very horse-like head. Darn it, she was right! 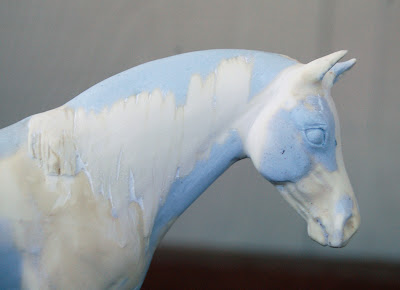 So, my next goal was to pony-ify the head by adding epoxy to the forehead and jowls. I think it's working. 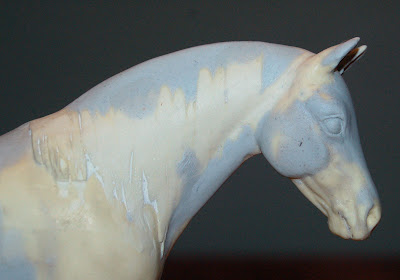 I also spent some time on Little Miss Suki, who seems to have lost an ear. 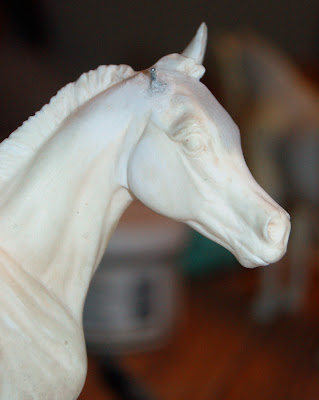 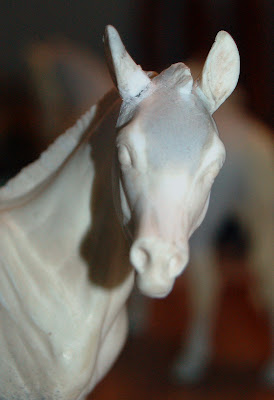 Trying out a few different positions. 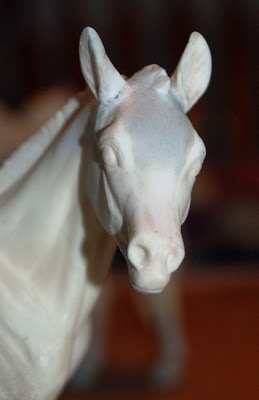 Reattached but still in need of sculpting. That will have to wait for another day! 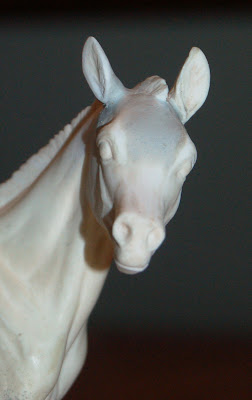 Regan brought my favorite of her in progress customs. This is Alyssa, a Breyer Quarter Horse gelding remade into a trotting Lipizzan mare. It's hard to believe, but Regan is an even slower customizer than I am--this piece has been in the works for more than a decade! 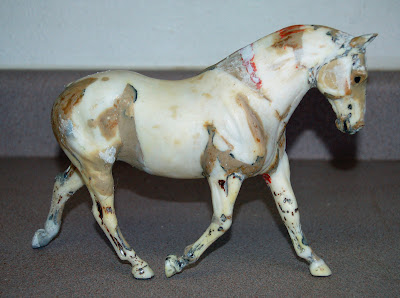 Alyssa's muzzle was much too wide, so Regan used her dremel to split in half lengthwise. 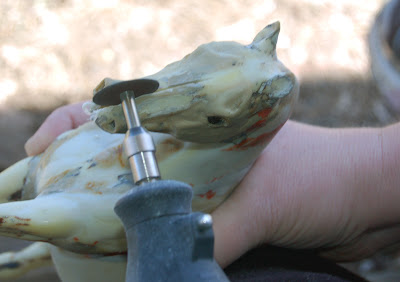 She then softened the plastic with a heat gun... 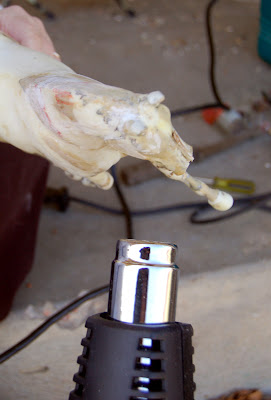 and squashed the halves back together. Neither one of us had ever done this before but it worked out just fine! 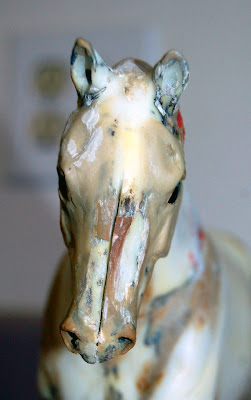 Regan also spent some time working on this little Bahira resin which--like my Experiment--had been without eyes. 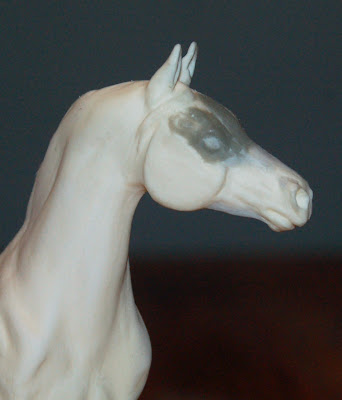 Last but not least, she sculpted a new section of mane for my green Little One. I'd broken the original piece off while I was prepping the legs... 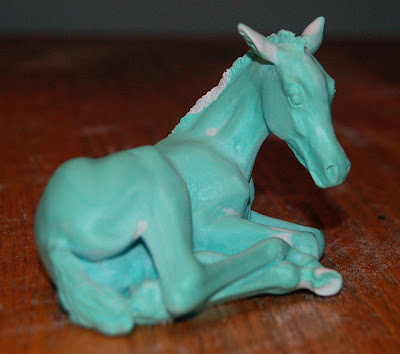 I snapped one last picture before Regan packed up and headed home. It's a group photo of everyone we worked on today.

None of these horses are ready for paint, but they're all at least a step or two closer than they were this morning. I would call that a most productive day!

And maybe tomorrow I'll make the leadrope and the boots and the bridle...
Posted by Braymere at 5:02 PM