Last month I participated in the Breyer Boot Camp Open Show. My horses did well, and this week I received my prizes. These included not one, not two but three BreyerFest Special Run Peppers. 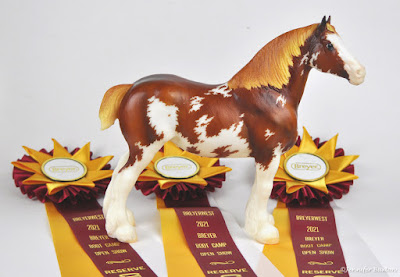 This is a nice color on a popular vintage mold, but I surely don't need three of them. These retailed for $65. I'd be happy to let them go for $50. Send an email to braymere@comcast.net, if you're interested! 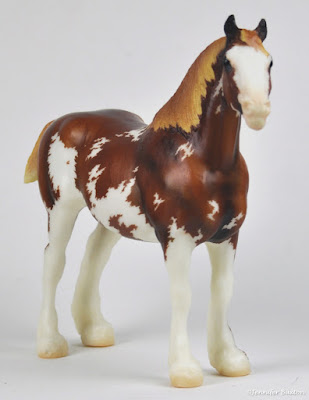 Dun Up Purdy was champion of the Western Performance section. His prize was web special Goji pony. 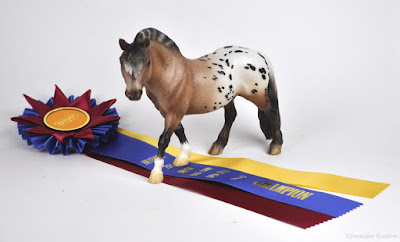 I never knew that I wanted an Appaloosa Fjord, but this guy is really cute. He can stay. 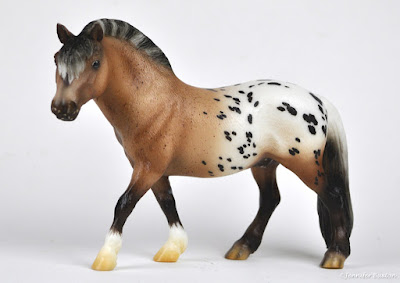 The fifth horse in the box was the Premier Collection, Altynai. He was Theodore's prize for being the Overall Reserve Performance Champion. 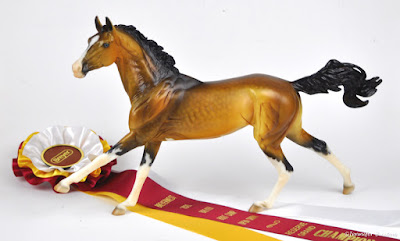 Altynai was sculpted by Heather Puleo, and his finishwork was designed by Amanda Brock. 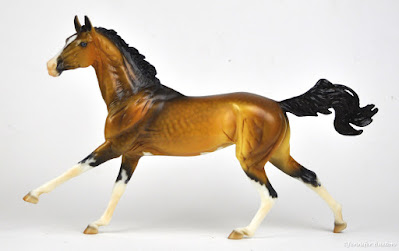 He is really handsome. 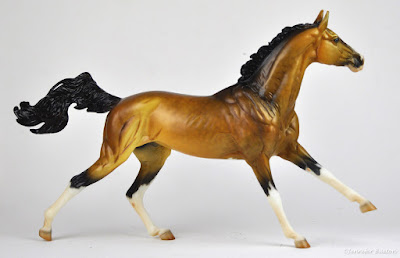 Mine has a nicely painted face... 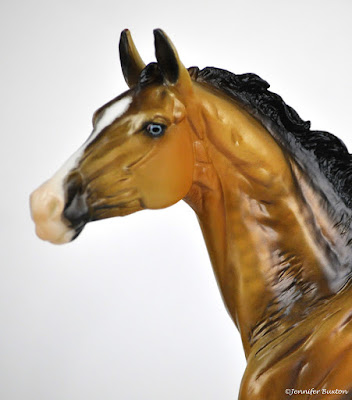 and the best Breyer dapples I have ever seen. 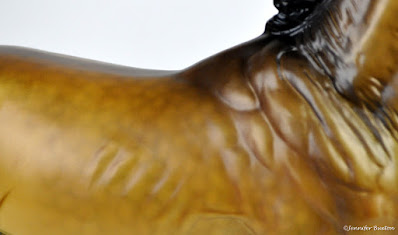 Altynai stays, too. Thank you, Erin Corbett and Breyer. This was a really fun show!