It's impossible to do everything at Breyerfest, but on Thursday, I was still giving it my best shot. So instead of catching my breath between Old Friends and NoNANSense, I headed downstairs to the CHIN ballroom where the Breakables show was being held. 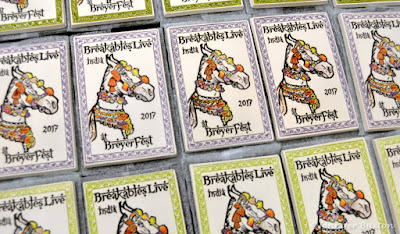 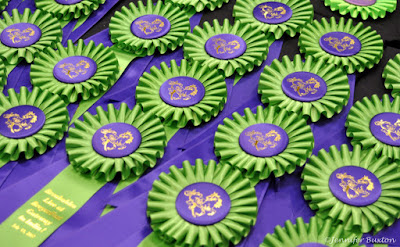 Unlike the Open Show on Friday and the Kids Show on Saturday, entry is not restricted to models made by Breyer. 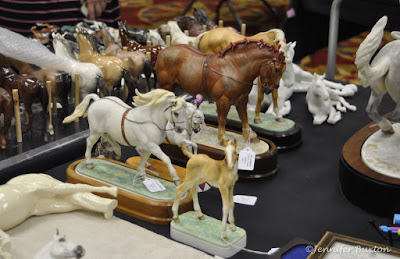 The show was a smaller than I'd expected, but the quality of the pieces on those tables was absolutely mind blowing. 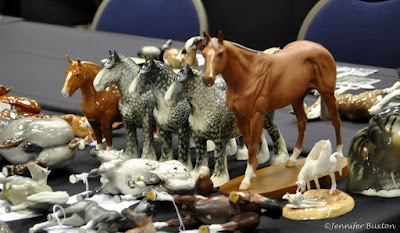 I love these three so much. 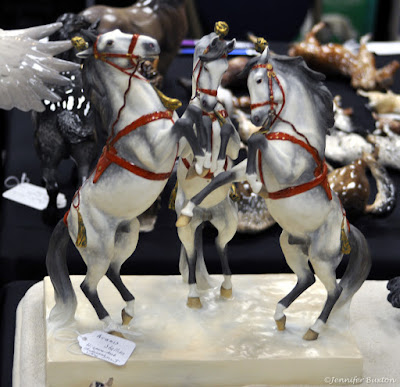 I left Breakables thinking the same thoughts I'd have a couple hours later in regards to NoNANSense: I'm glad I went. I wish I could have stayed longer. 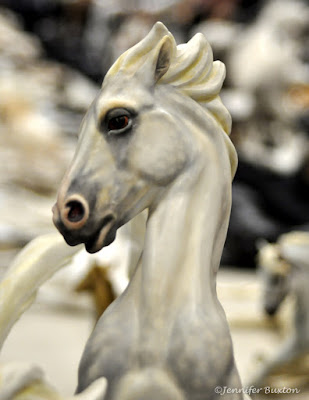 After Breakables, I went to NoNANSense, and after NoNANSense, I spent several hours conducting room sales. We closed our door at ten pm, but I was still in do all the things! mode. Instead of going to bed, I ran downstairs to visit the Artisan's Gallery. 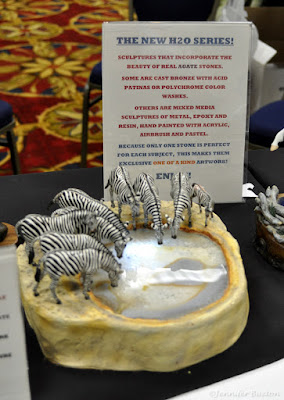 Also held in one of the CHIN's ballrooms, the Artisan's Gallery is the place to rub shoulders with...
and buy work from some of the hobby's most elite artists.

My friend, Jennifer Scott, was there with a dazzling display...
of painted Covergirl resins. 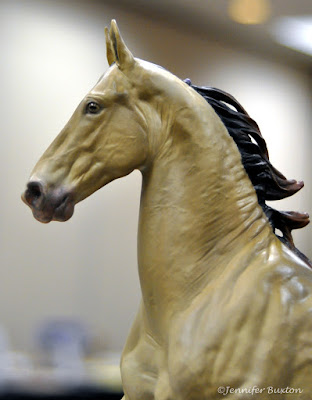 This is a typical reaction to all those Covergirls!
The Artisan's Gallery is also the place where the finalists for Breyer's Best Customs Contest are displayed. I will cover this event in my next post. 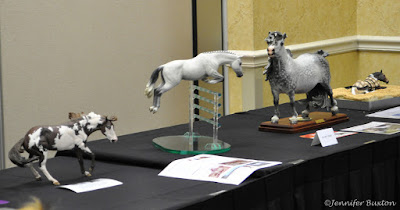 The Artisan's Gallery closed its doors at eleven pm. I stayed until the end, then got distracted several times on my way back to my room. It was after midnight before I finally went to bed. The first day of Breyerfest was finished, and I had done almost all the things.
Posted by Braymere at 10:11 AM