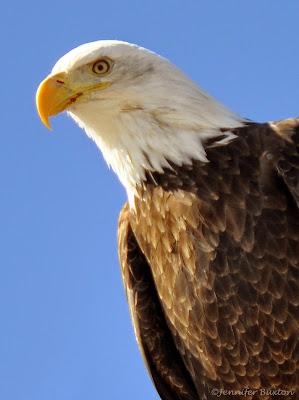 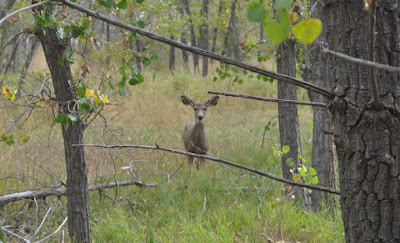 someone is sure to ask a question like this. 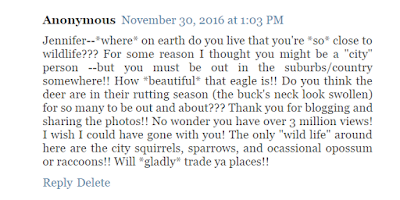 I live in Aurora, which is  a suburb of Denver but also a city in its own right. In fact, with a population of approximately three hundred and fifty thousand people, Aurora is the third biggest city in Colorado. 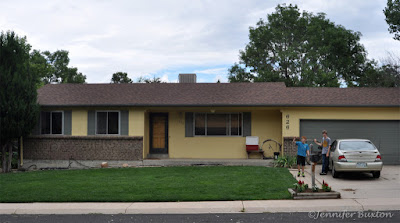 Kenlyn Stables is also located in Aurora, but it backs up to a long, narrow strip of open space land. 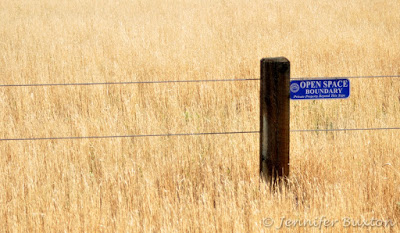 Our rides are a mix of urban, suburban and rural. For every eagle sighting and mountain vista there's an equal number of trashcans, 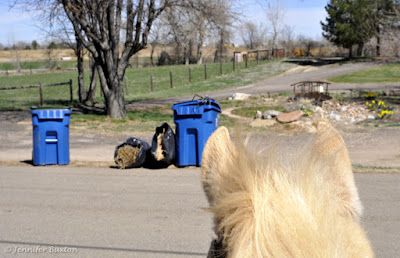 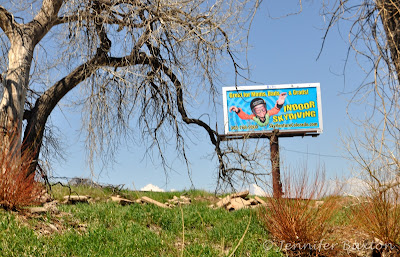 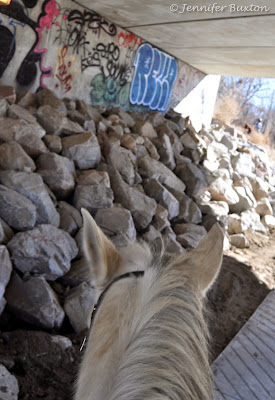 It's a short city ride from the barn to the trail. One side of the street is golf course. 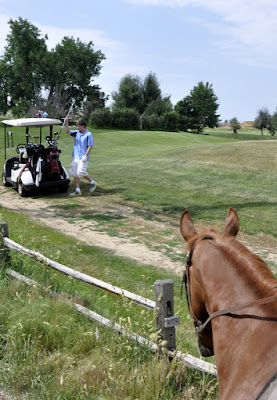 The other has an RV and boat storage lot, as well as a couple homes. 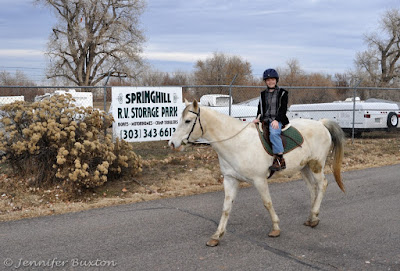 Laundry day is our favorite. 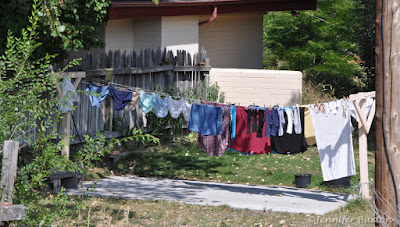 Trash day is not! 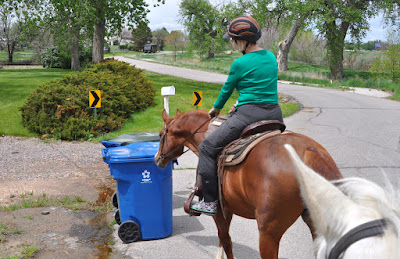 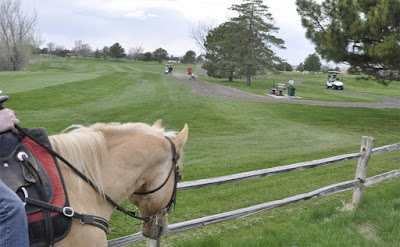 However, sometimes the porta potty is a problem. None of the horses like the smell, but it's a bad day for everyone when a human randomly exits as we're passing by. 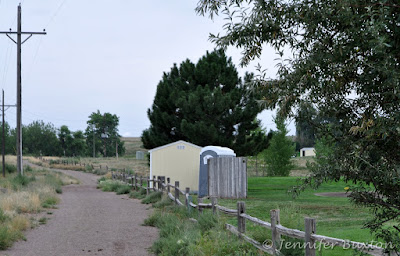 It's an even worse day when the porta potty is being serviced. 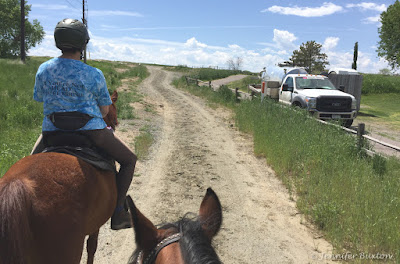 You're such a brave girl, Sprite! 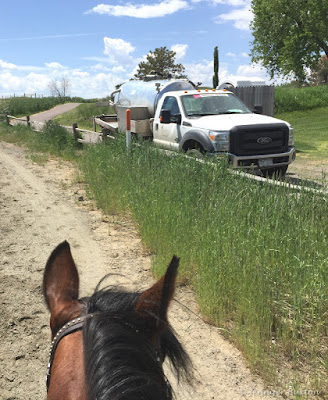 The area just past the golf course feels remote and is home to most of the wildlife we see. It's also part of the flyover area for nearby Buckley Air Force base. 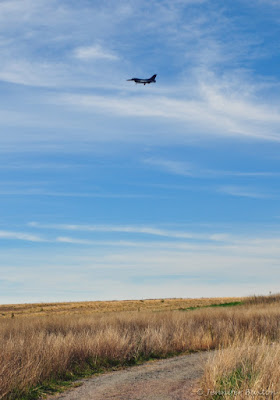 It's not unusual to have entire squadrons of jets... 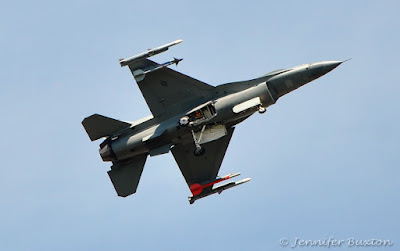 and helicopters flying low over our heads. Amazingly, the horses don't mind this at all. They get used to it quickly, living at Kenlyn. 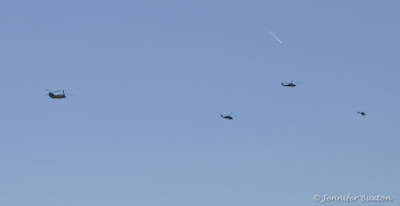 These trails are closed to motorized vehicles, except, of course, those belonging to the city of Aurora. These are a common site. 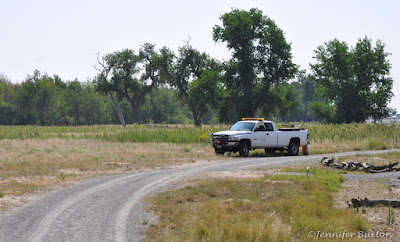 Last year, the city rebuilt a large section of trail. During that time, it was nearly impossible to go on a ride without encountering at least one bulldozer. This made for some pretty interesting moments. I don't miss those days at all!
Stay tuned for part two, where I will share more of my favorite and not-so-favorite "unnatural" trail obstacles!
Posted by Braymere at 12:01 PM