While we were in Iowa, Carol and I stayed at Prairie Meadows Casino, Racetrack and Hotel. 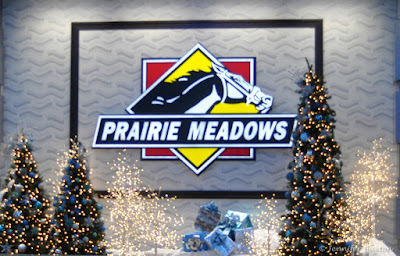 December is the off season for Iowa racing, but of course, I still wanted to see the racetrack. Carol and I walked around the casino until we found the door that led out to the track. It was unlocked, so we stepped outside.

The track was quiet, empty and covered in snow. I stood for a moment, breathing in the ambiance.

Then a happy shout from Carol disrupted my reverie. "Woo, hoo!" She yelled. I'm running on the track!" 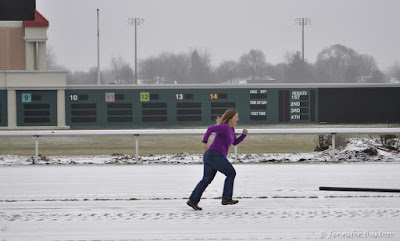 My first thought was, "I don't think that's okay."

I started to say as much, then realized that several large portions of the track railing had been removed. Carol hadn't breached any barriers. The track was wide open. 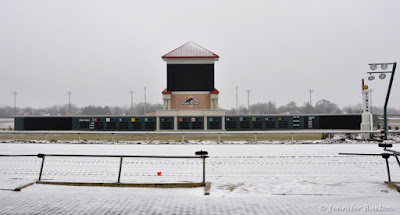 My next thought was, "I want to stand on the racetrack, too." 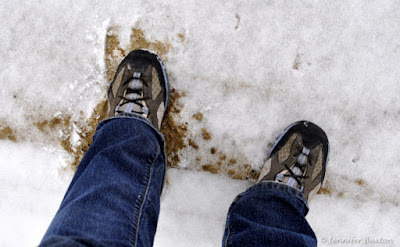 I took one picture looking forward, 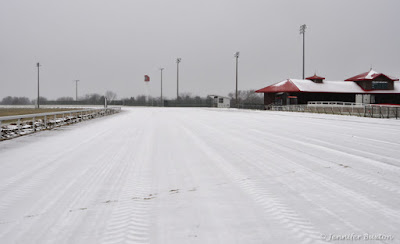 one picture looking back, 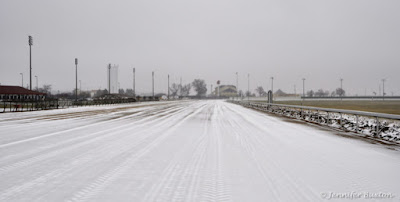 and then Carol took a picture of me at the finish line. 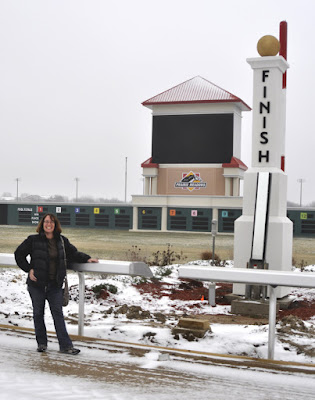 It was really cool being out there, but it still felt a little wrong. We took one more photo and stepped off the track. 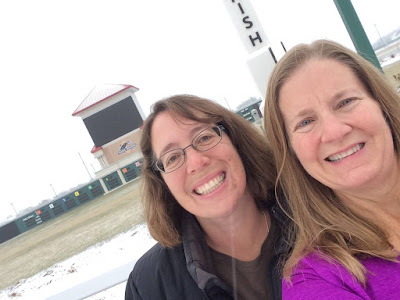 A few minutes later, a security guard came by and told us the entire racetrack area was closed to hotel guests. I wasn't surprised. Honestly, I think it's probably better not to have random strangers walking all over your racetrack.