While attending the Classic Classic earlier this year, I noticed an interesting donkey on Teresa Fedak's show table. 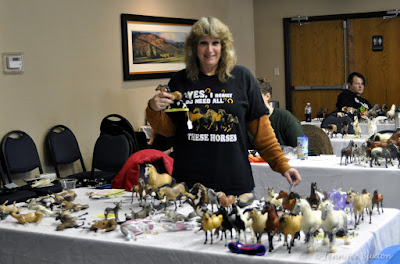 At first glance, this little guy looked like a Hagen Renaker Harry, but a side by side comparison revealed several significant differences. 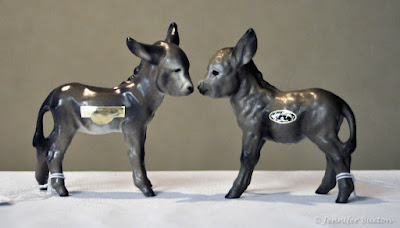 I was immediately smitten, and took several pictures of him, including this one with a whole conga line of Adelaides and Harrys.

Since then, I've been on the lookout for my own little not-quite-Harry. It took a while, but I finally found one. He arrived while I was in California, and today is the first day I've really played with him. 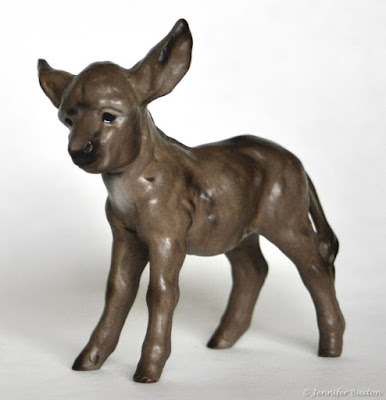 Of course in my case, playing equals photography. 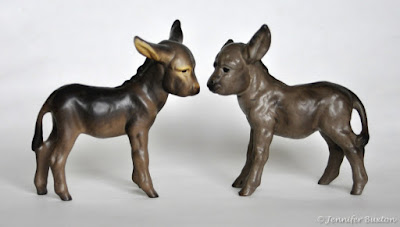 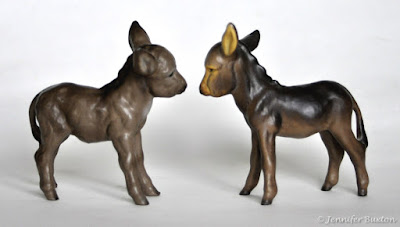 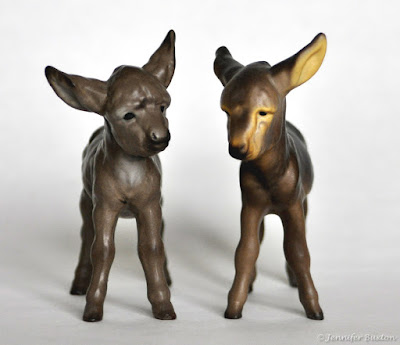 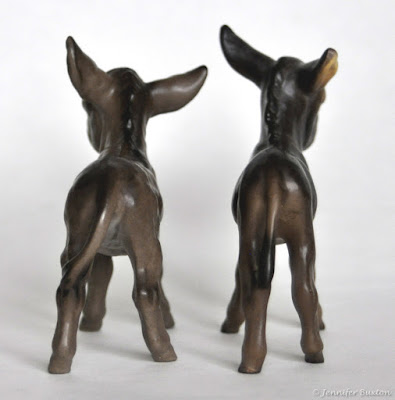 Eventually, he's going to need his own mama... 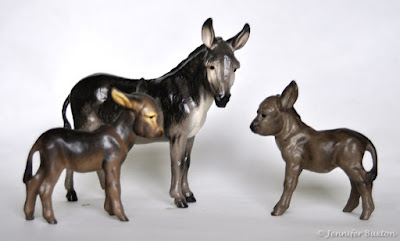 but for now, this one will do. 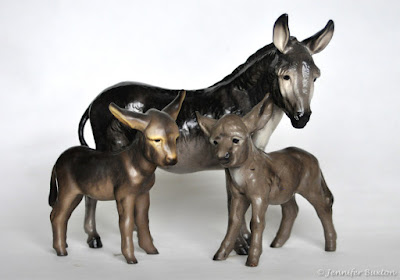 I could play with these cuties all day but BreyerFest is coming and some people want bridles. I guess I should get back to work!
Posted by Braymere at 1:56 PM