I still haven't started working on my performance entries for Springamathing.  This would be a problem if I was actually trying to win.  Fortunately, my goals for this show are mostly social.  Any ribbons I win will be a bonus.

This was not the case back in 2012, when I was getting ready for Sheila Bishop's High Plains Live Model Horse Show.  The championship trophies were unpainted Brio Sombra resins, and I was bound and determined to win one. 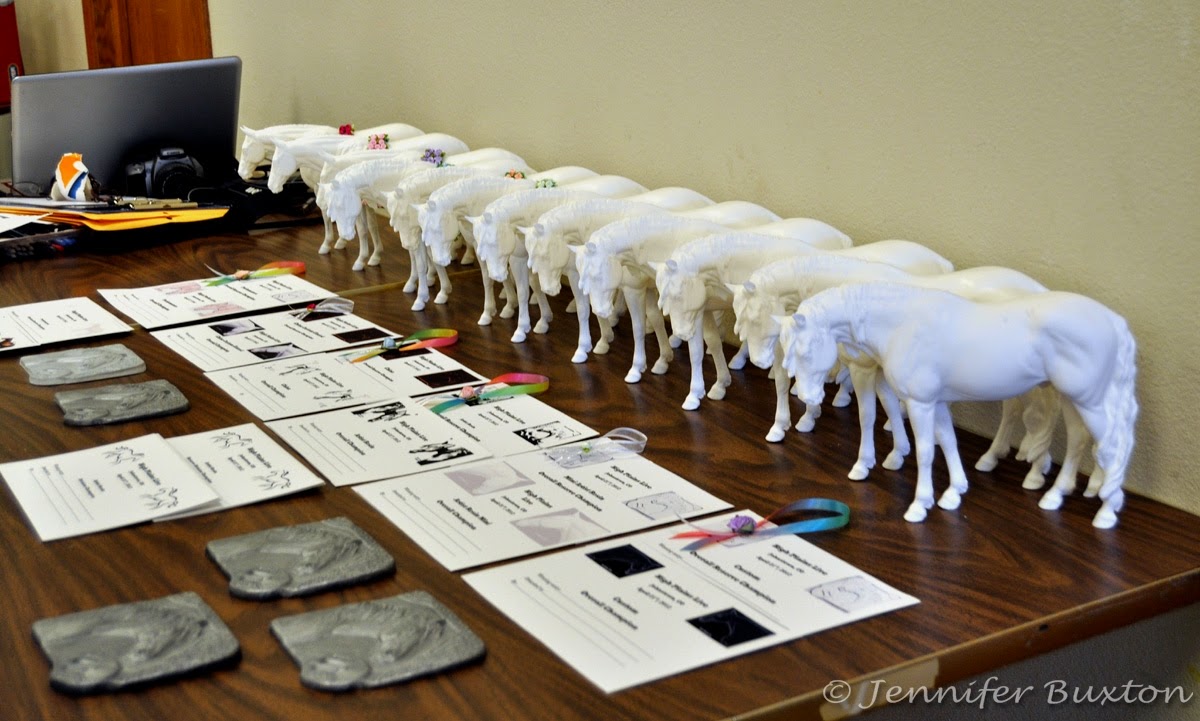 I spent weeks fine-tuning Emma's performance entries.  I made tack for some classes, borrowed tack for others and created a notebook full of mule-specific documentation. 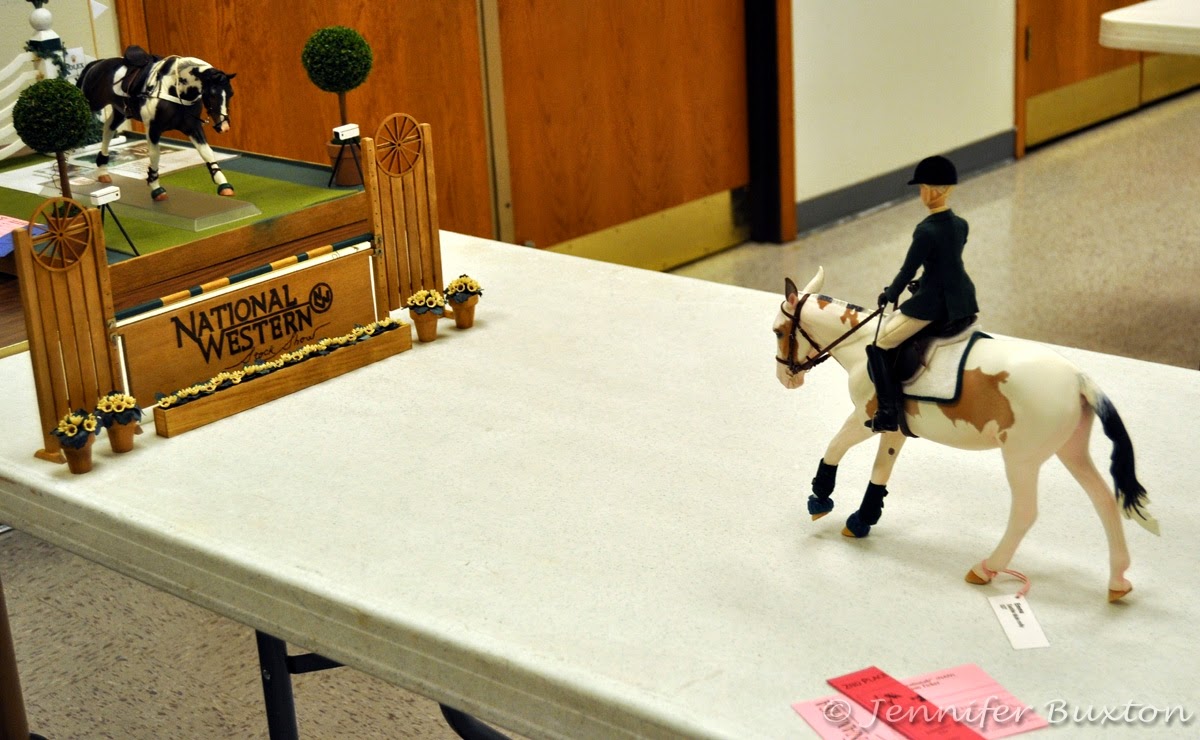 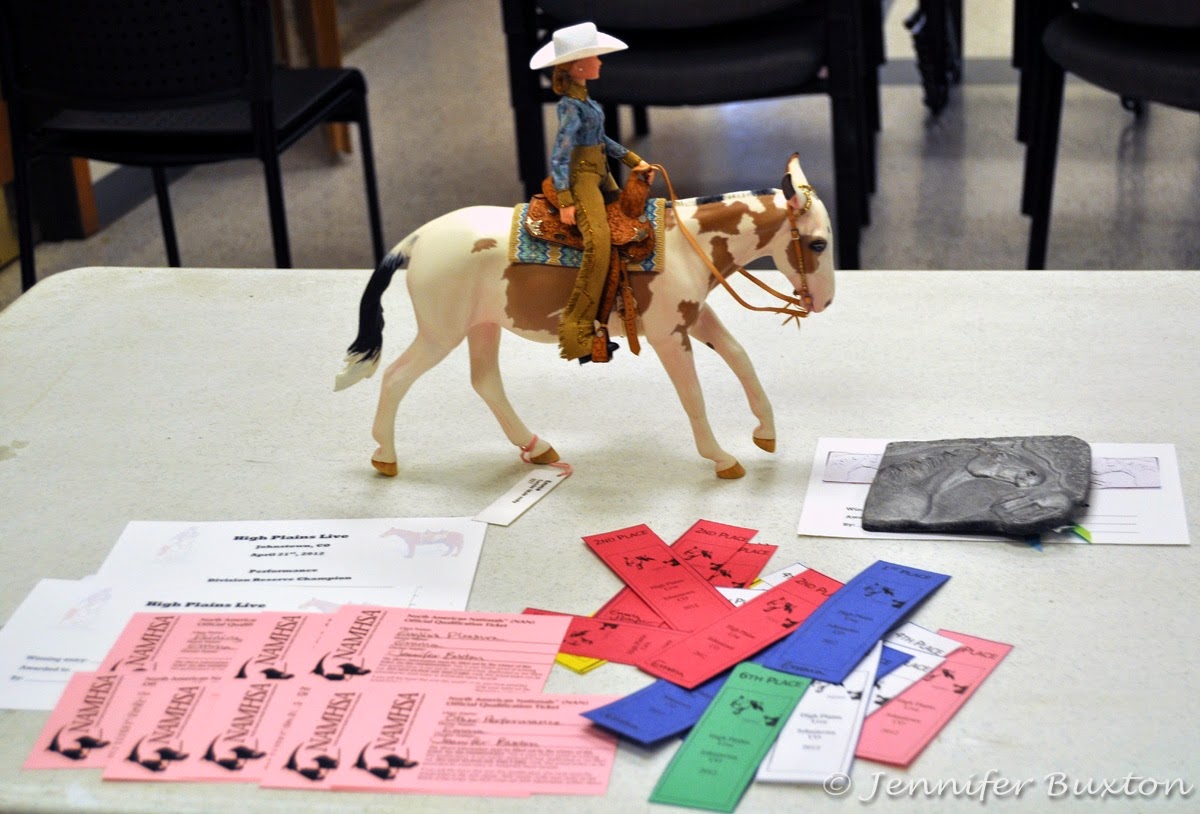 but so did Sandy Lyles (now Sandersen).  On this day, her all was better than mine.  Lonesome Dove claimed the Brio Sombra. 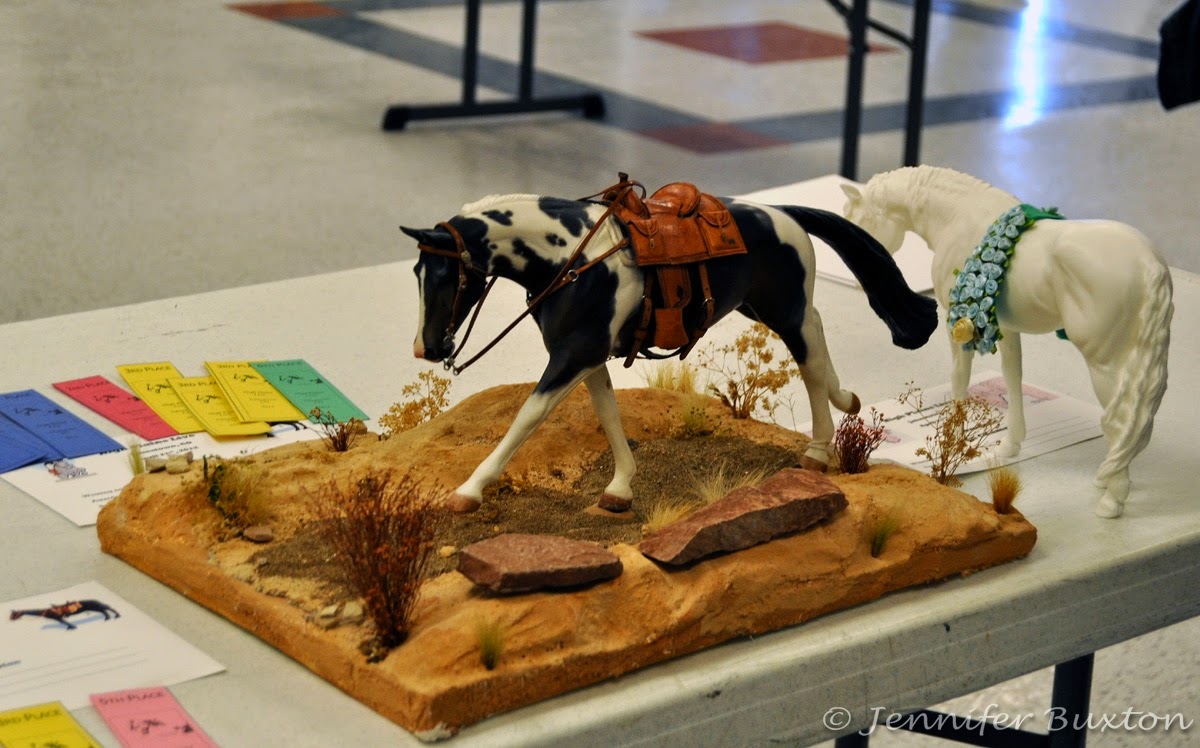 I was disappointed, but not for long.  Just a little while later, my own Validator won the Resin Halter Championship.  Yay! 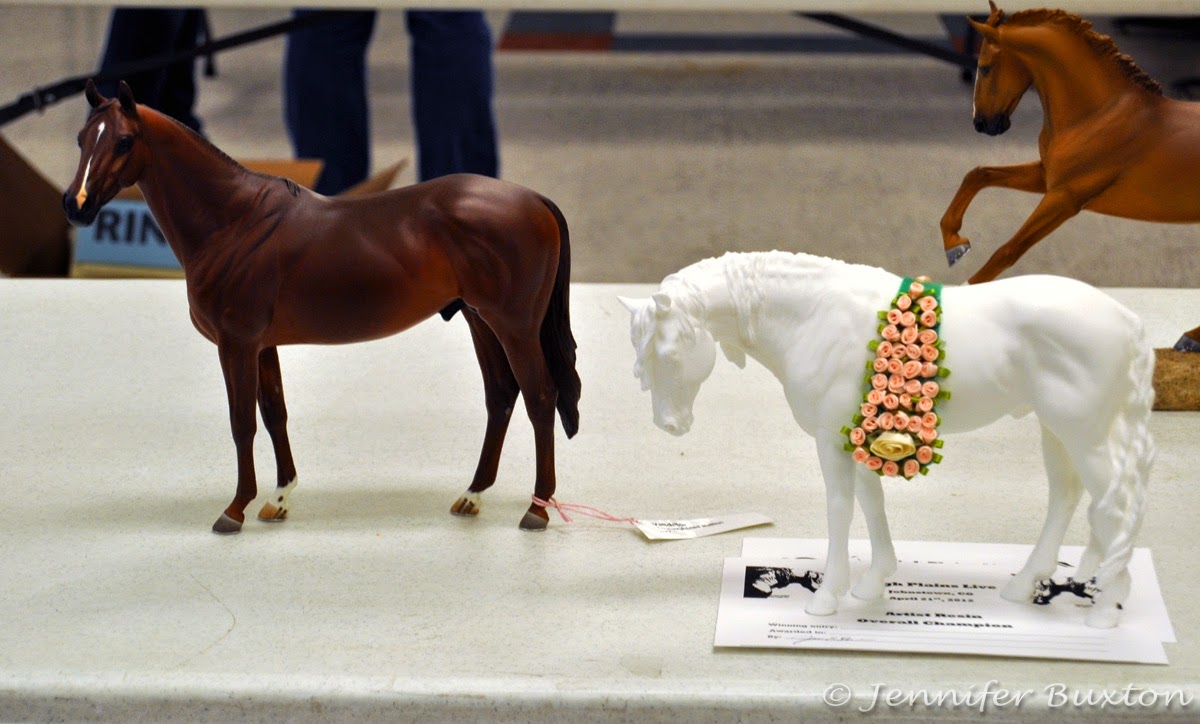 Tiffany also attended this show.  After her customized Susecion, Rat Poison, won the Overall Custom Halter Championship, I told Tiffany that I wanted my Brio to be overo like Rat Poison, but also grulla, like Rat Poison's "husband" Mole Bait.   Tiffany said, "And his name will be Rat Bait," and so it was. 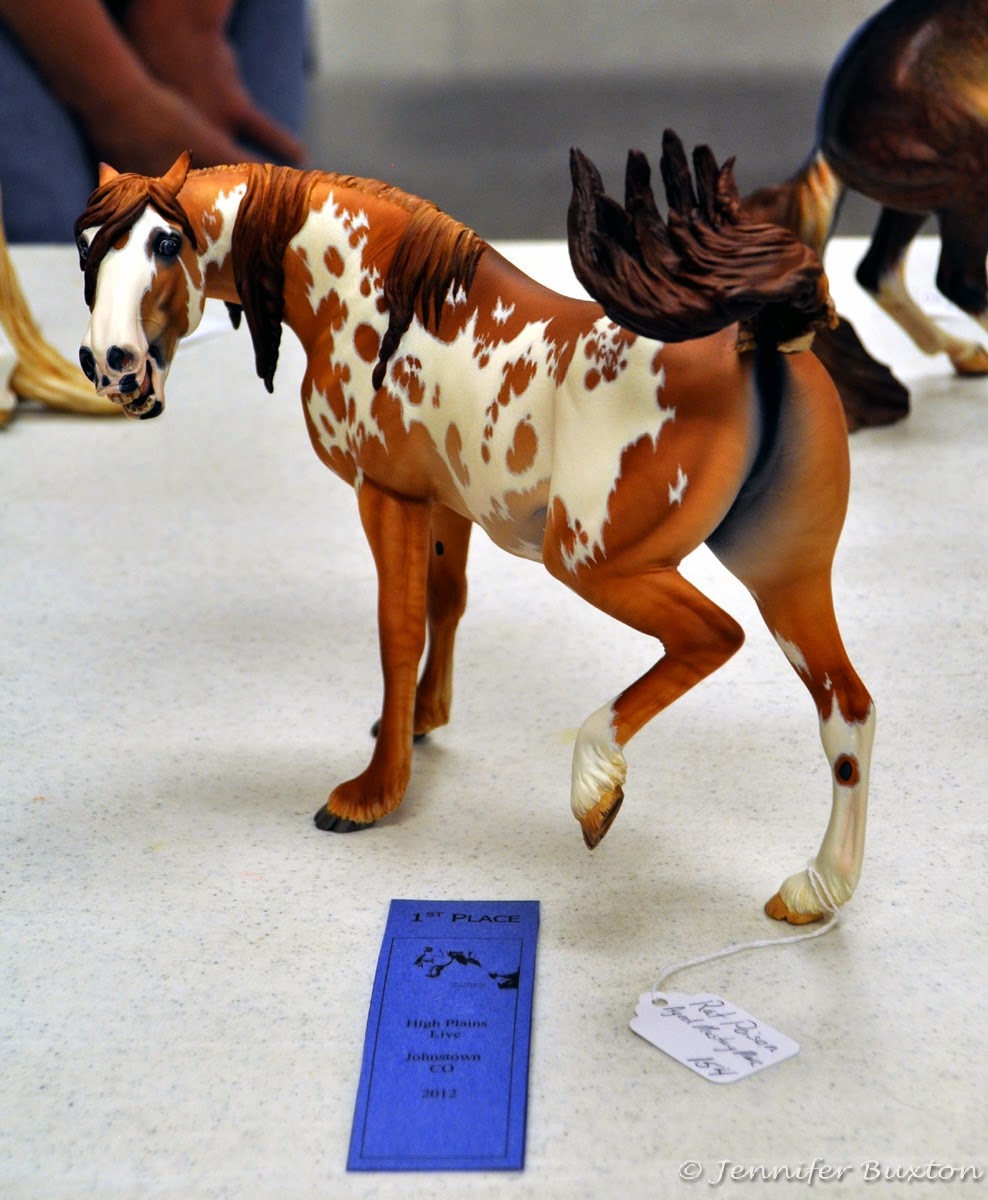 It's taken two long years for Rat Bait to reach the top of Tiffany's painting queue, and I've had to suffer through a lot of weird progress photos... 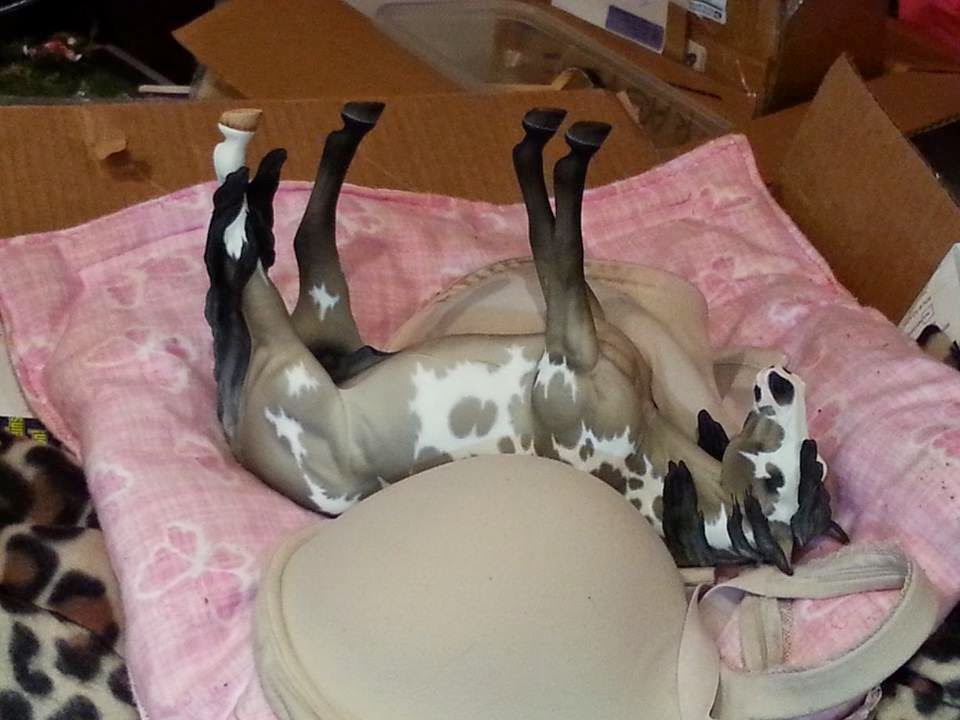 but today--finally!--he came home to Colorado. 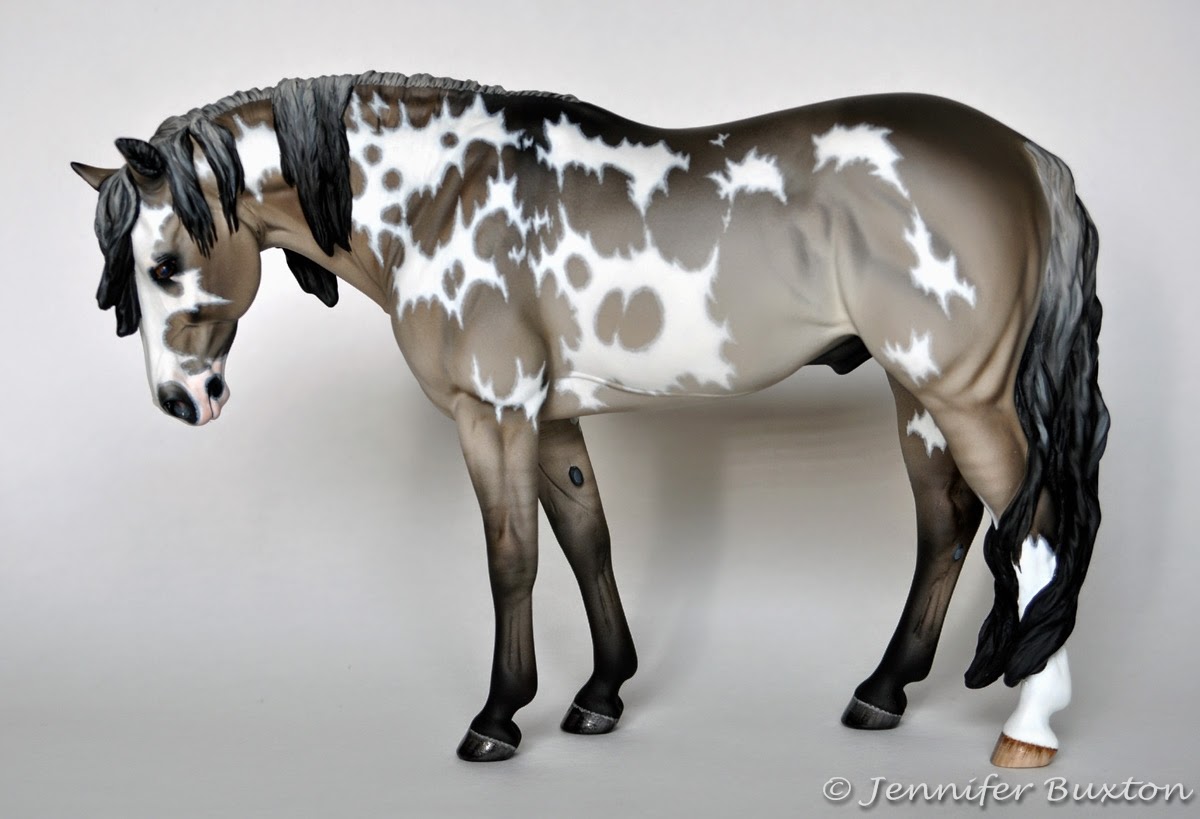 If ever a model was worth a two year wait, this is the one. 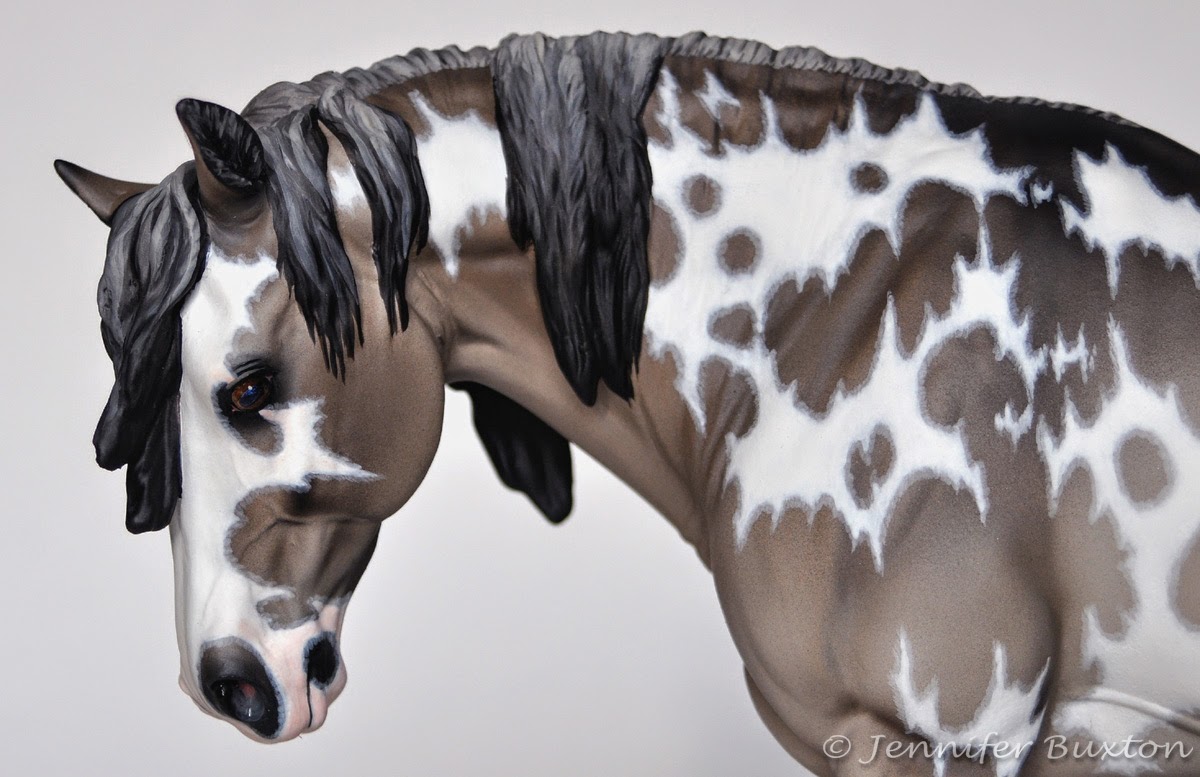 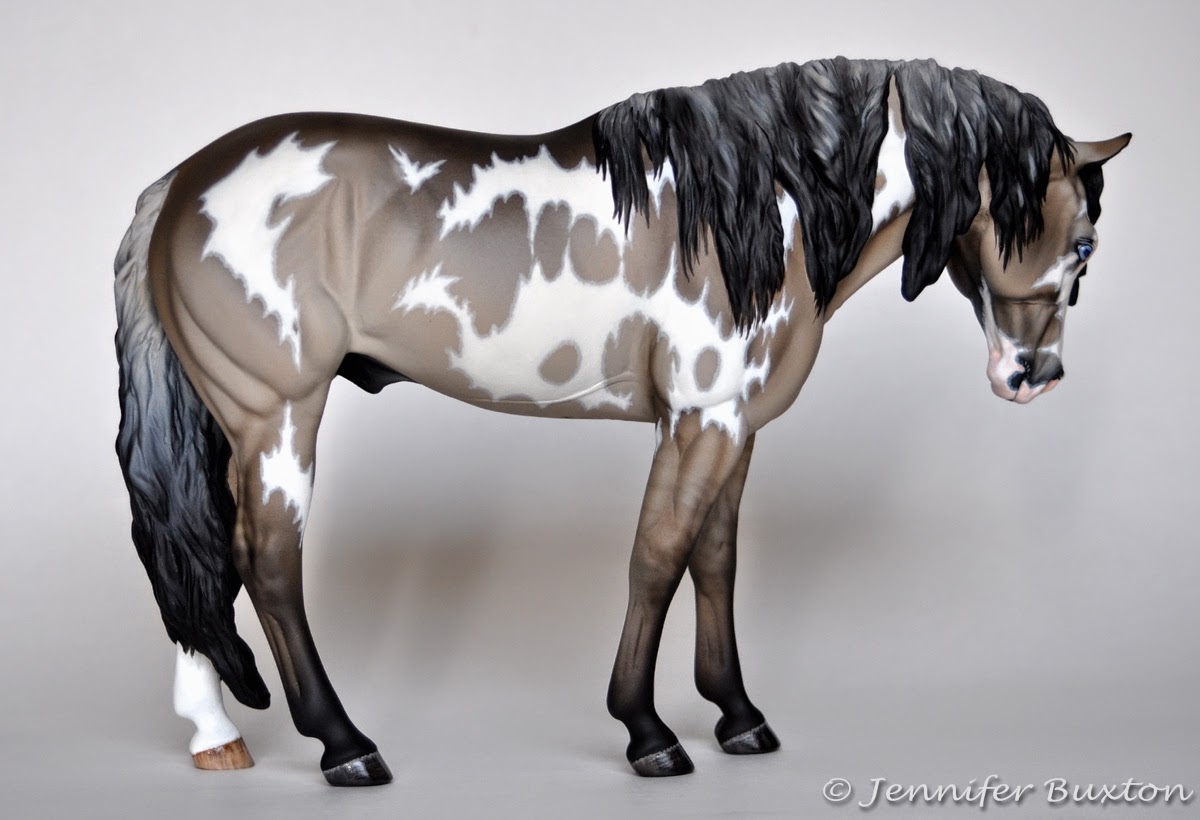 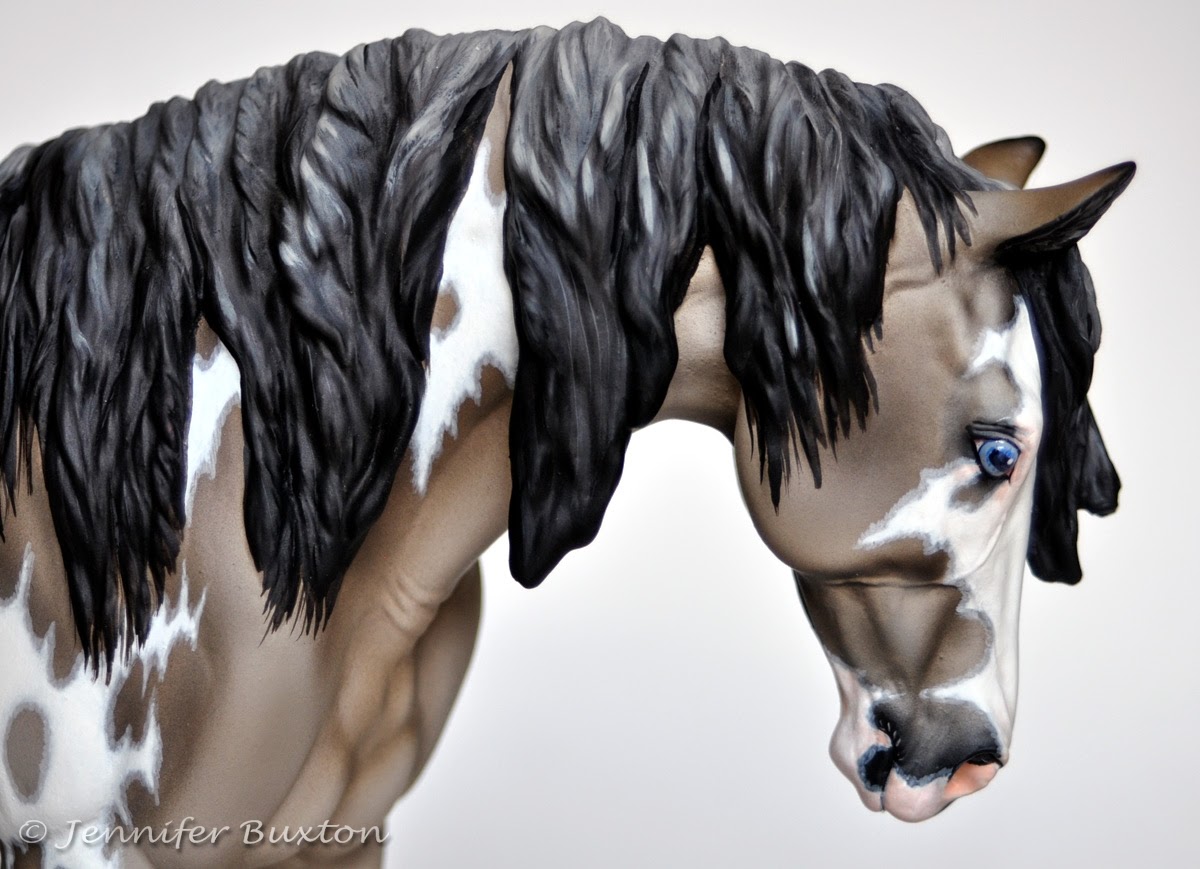 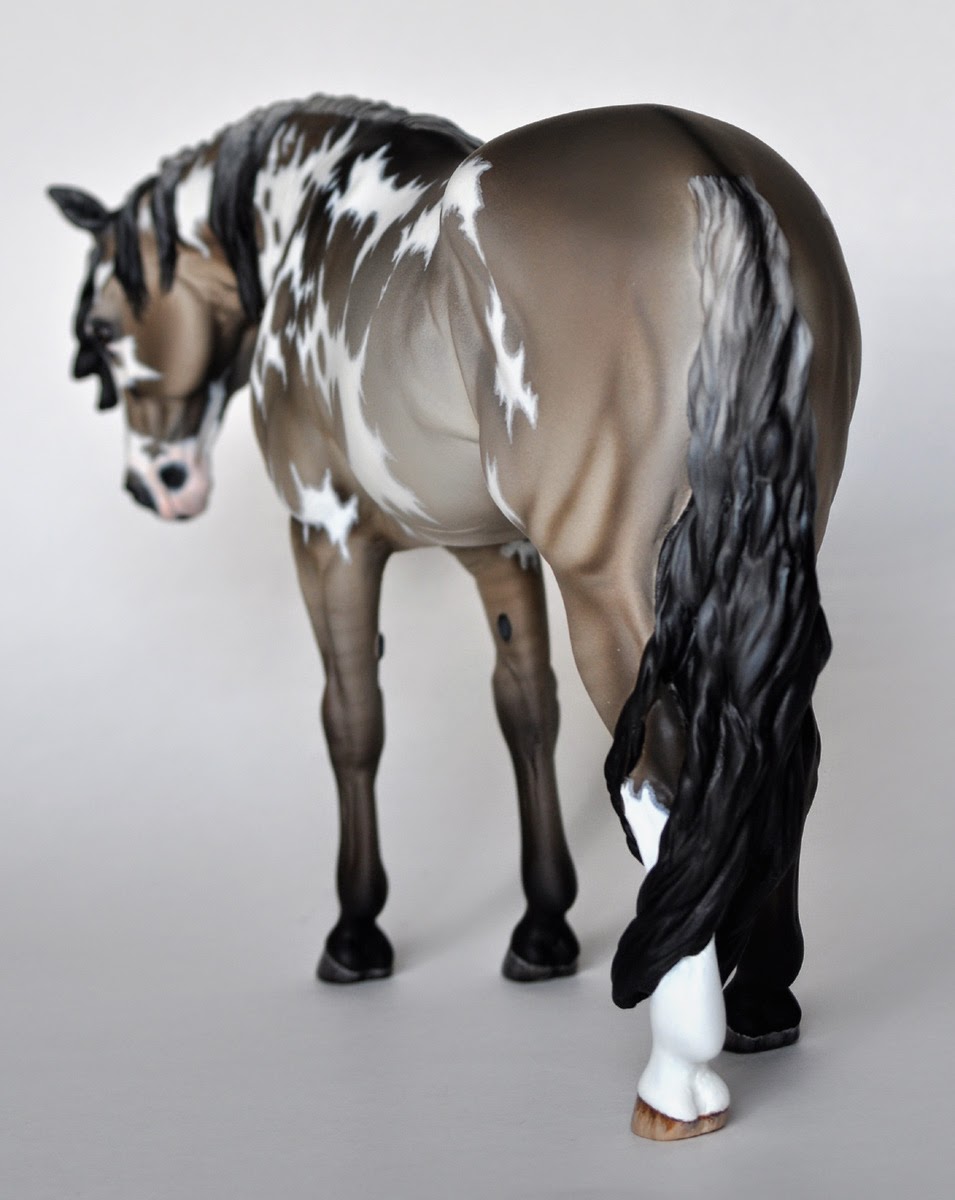 Rat Bait's official name is Raton Cebo (pronounced rolling the R~ah Ton se voo).  That's a much more dignified moniker for such a handsome fellow, but somehow I think he's always going to be Rat Bait to me!
Posted by Braymere at 4:23 PM