As good as the performance classes were, the most memorable division at this year's Springamathing had to be the Resin Halter division.   From beginning to end, the tables were covered in awesome, and for every model I photographed there were at least another two or three that were equally good. 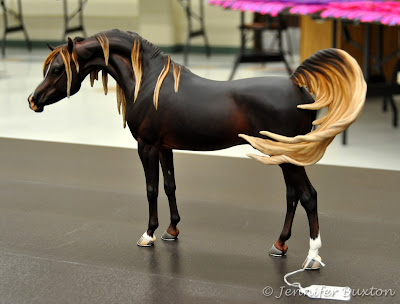 The Sport Horse division was particularly impressive, featuring not just Second to None... 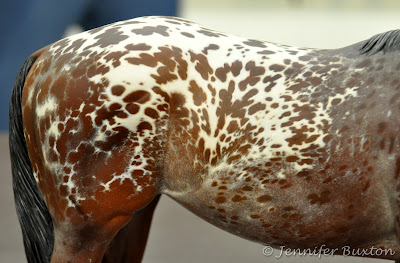 but this amazing Valor sculpted and painted by Carol  Williams... 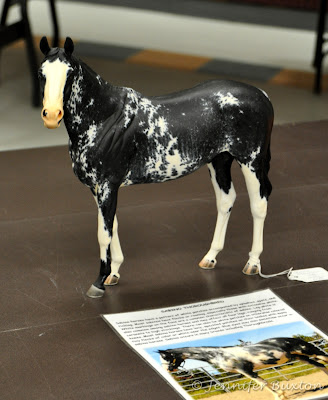 and this equally awesome Veronka, also sculpted and painted by Carol Williams. 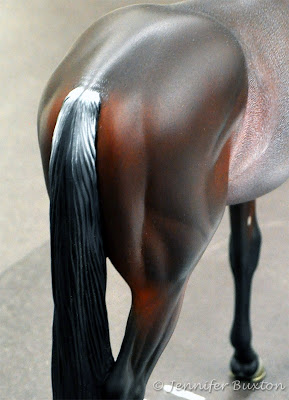 With so many amazing pieces on the table, top placings were hard to come by.  Most of my horses had to settle for thirds and fourths, but a few managed to claim NAN cards.  This is Frank, a Sarah Rose Khan resin painted by D'arry Jone Frank.  He was the proud winner of the Other/Mixed Sport Breed class. 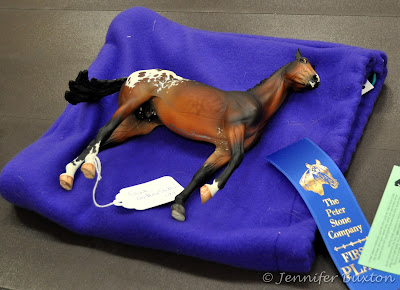 The Spanish/Gaited division started with an Andalusian/Lusitano class that featured not one... 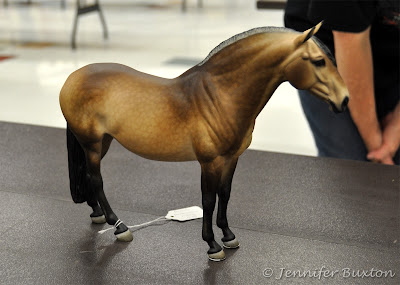 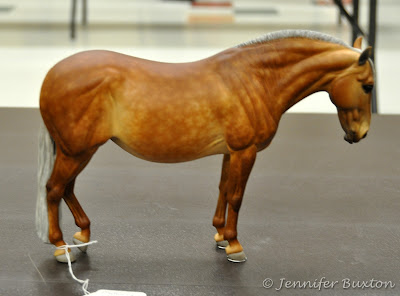 However, neither of those pieces were the winner.  Instead, top honors went to Fabian Rodriguez's Tumlinson Catalina resin which was finished by Fabian himself.  Can you believe that's his first traditional size paint job?! 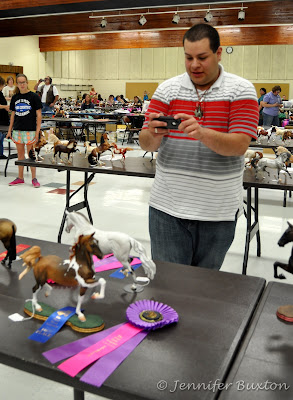 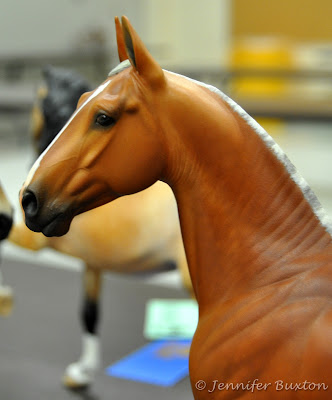 and Jean Sorensen's Technomage was triumphant in the Saddlebred class.  This is a Kathi Bogucki Dozen Roses resin painted by Sarah Minkiewicz-Breunig. 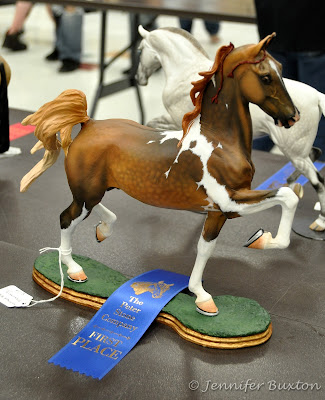 The parade of Carol Williams horses... 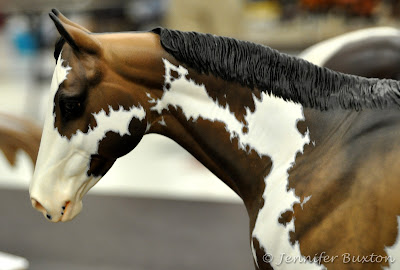 continued into the Stock Horse division. 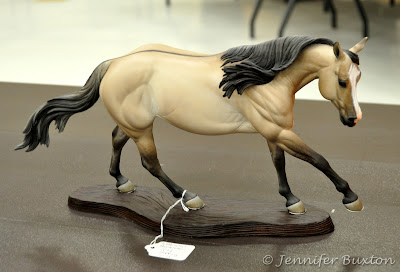 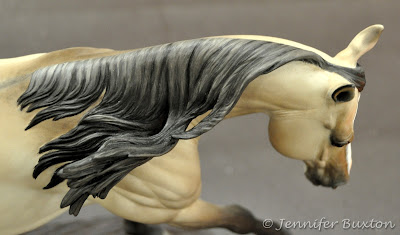 Is there anything Carol can't paint? 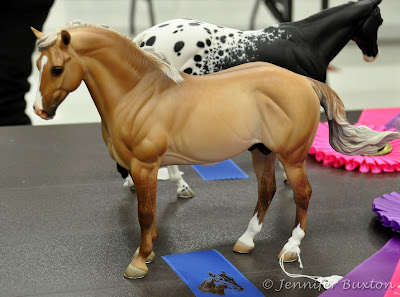 Just one amazing model after another! This Sarah Minkiewicz-Breunig Stormwatch is also amazing, but he's not a Williams model.  I think he was painted by Adalee Velasquez Hude? 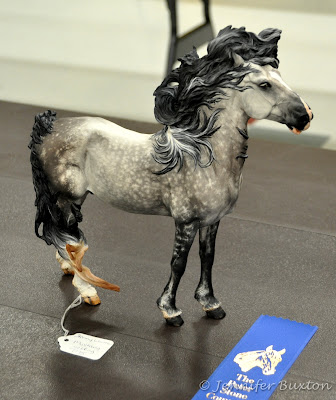 Drafters were next and lovely BFF won the Braymere gang's first rosette of the day.  Yay! The pony division championship went to this Tammy Myrold Ollie Ollie Oxen Free resin which was also painted by Tammy.  So cute! 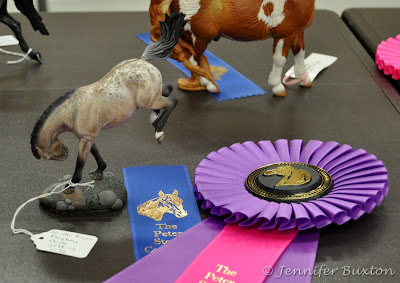 Finishing right behind him in reserve was another cute pony, my own newly finished Roundapony. 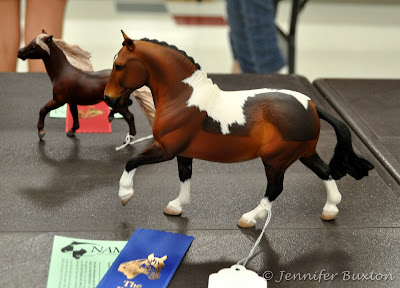 The foal division was very good to me.  Here's a look at the foal callback table.  All but one of these models belong to me, but wouldn't you know the one that doesn't was chosen as champion?  Not complaining, mind you.  I would have picked her, too! 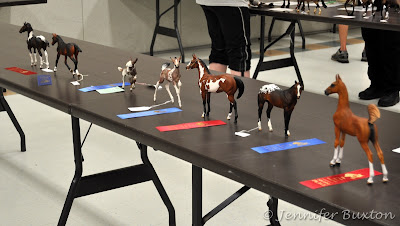 Finally, when all the classes had been judged, it was time to name the Overall Champion and Reserve in the Resin Halter division. 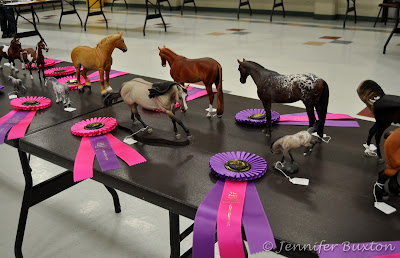 Sectional champions and reserves were asked to return to the call back table... 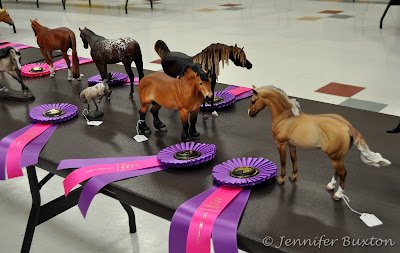 and what a sight it was to see so many amazing horses... 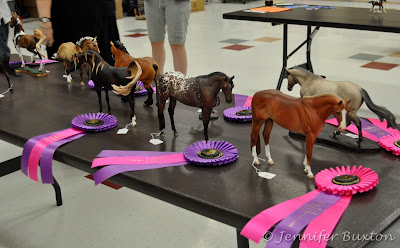 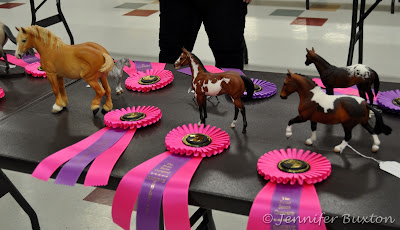 Any one of them could have been champion, but this time the big winner was Carol Johnson's Sarah Minkiewicz-Breunig Orinoco resin painted by Carol Williams. 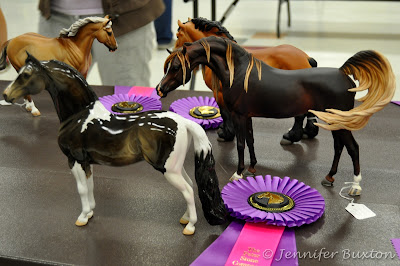 In Reserve was Second to None, a Carol Williams Victrix resin painted by Liz Shaw.  This beautiful mare is also owned by Carol Johnson. 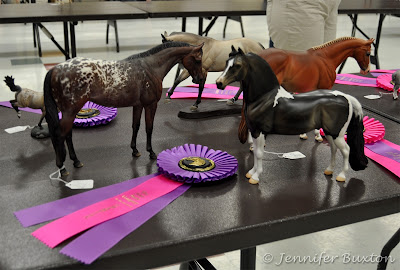 Congratulations, Carol, and thank you so much for bringing your amazing horses to Colorado! 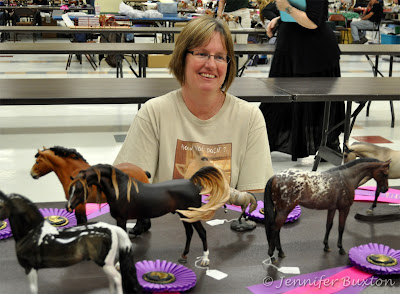 Additional thanks to show holder, Heather Roell, resin halter judge, Heather Malone and everyone else who contributed to this year's Springamathing show.  I had such a great time.  I'm already counting the days until next year's installment!
Posted by Braymere at 1:50 PM