Not being a snake fan myself, I find this kind of surprising.  However, it does give me the perfect excuse to tell my best snake story.

When I was twenty, I spent a summer working as a wrangler at guest ranch in the Rocky Mountains in central Colorado.  Although the Don K was located just twenty five miles west of Pueblo, 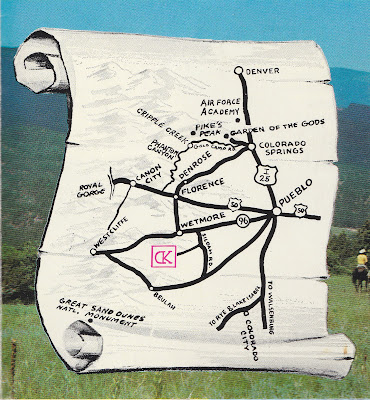 it was surrounded on all sides by a quarter million acres of National Forest land and truly felt like a world unto itself. 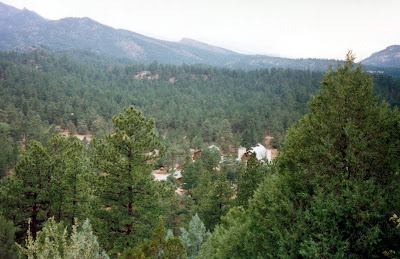 Of all the places I've ever ridden, this was probably the most beautiful.  Rugged trails... 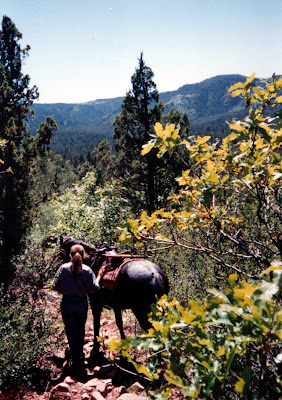 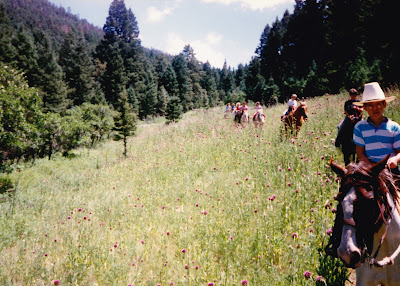 and every ride included at least one amazing view. 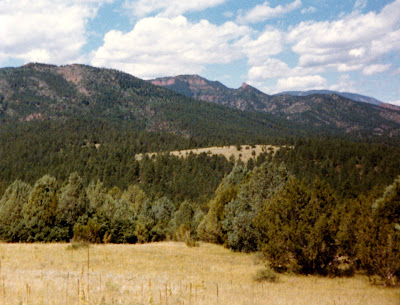 As I saw it, there were only two problems with riding at the Don K.  The first was that the trails were not marked, and it was awfully easy to get lost.  The second was the snakes.  Hardly a week went by without someone encountering a rattler on the trail.
I'm not afraid of pet snakes, but rattlesnakes terrify me.  I spent the entire Don K summer trying to avoid them, and for a while it looked as though I was going to be successful.  In fact, I made it all the way to August before my luck ran out.


By that time, my main mount was a little bay gelding named Jose. 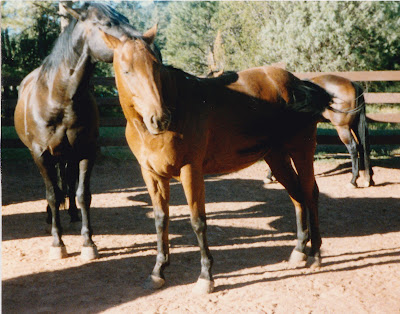 Despite being very young and very green, Jose was a good wrangler horse.  He was sensible, sure footed and independent enough to pick his own way across a rocky trail while I kept my focus on the riders behind me. 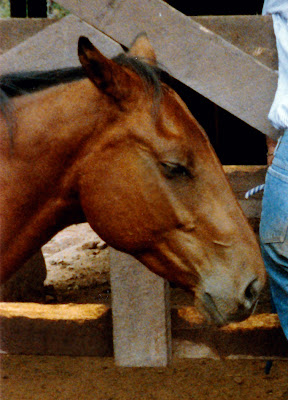 Ironically, it was Jose's excellent navigation skills that almost proved to be my undoing.  If I had been on another horse, I probably would have seen the snake.  Certainly I wouldn't have been all twisted around talking to the person behind me while we negotiated such a rough piece of trail...

But I wasn't on another horse.  I was on Jose and I trusted him completely.  I was literally blindsided when he suddenly dropped a shoulder and spun hard to the left.    I lost my seat, lost my stirrups and was preparing to hit the ground when I looked down and saw this:

Holy crap!  It was a huge rattler all coiled up and ready to strike!  I grabbed mane, grabbed leather, grabbed anything I could possibly grab and somehow managed not to fall off.  To this day, I still don't know how I managed to stay aboard!

I survived the close encounter, but sadly, the snake did not.  As you might expect, all the riders in my group were abuzz with stories of the "huge snake Jennifer almost fell upon."  Shortly after our return to the ranch, one of the other wranglers took it upon himself to ride up to that ridge and find and kill the snake.  He offered me the skin, but I wasn't interested.  I didn't need a souvenir to remind myself of that day.  Somethings--like rattlesnakes--are impossible to forget!
Posted by Braymere at 5:22 PM