Earlier this week, I did something I've never done before--I purchased one of my own saddles. 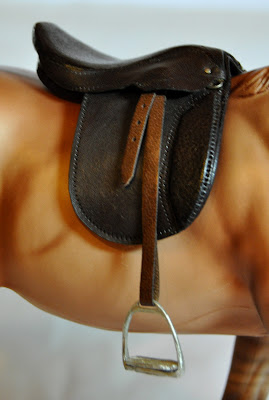 This isn't something I would usually consider doing, but this saddle came with an older doll dressed by the my very talented friend, Jane Schneider. 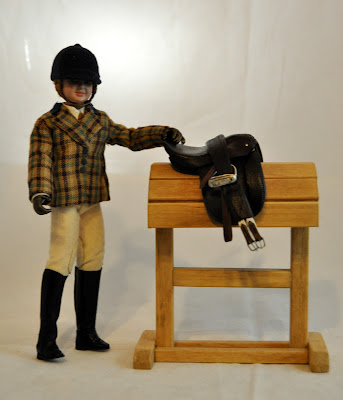 Also, the price tag for this set was ridiculously inexpensive.  So inexpensive, in fact, that I almost felt guilty for not paying more.  Almost.  After all, had the seller bothered to peek under the flap, she could have easily identified the saddle's maker and commanded a much better price. 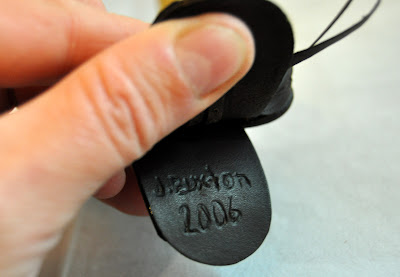 Even though this set is nearly seven years old, I have some very specific memories regarding its creation.  The tack and doll were commissioned by the same person and were intended to be used on a British type hunter.  In addition to making the saddle, I am also responsible for the doll's boots! 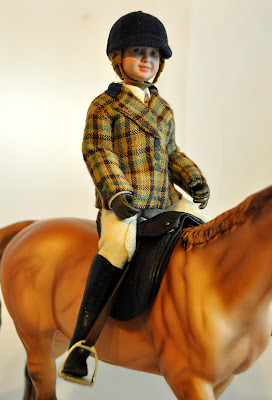 On the whole, I think this set has stood the test of time rather nicely.  There are a few things I do better now, but there is nothing here that I find embarrassing. 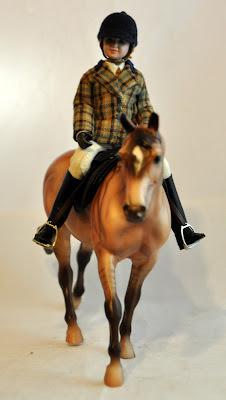 Probably I shouldn't admit this, but I am inordinately pleased with my old/new tack and am so glad to have added these pieces to my permanent collection!
Posted by Braymere at 3:01 PM